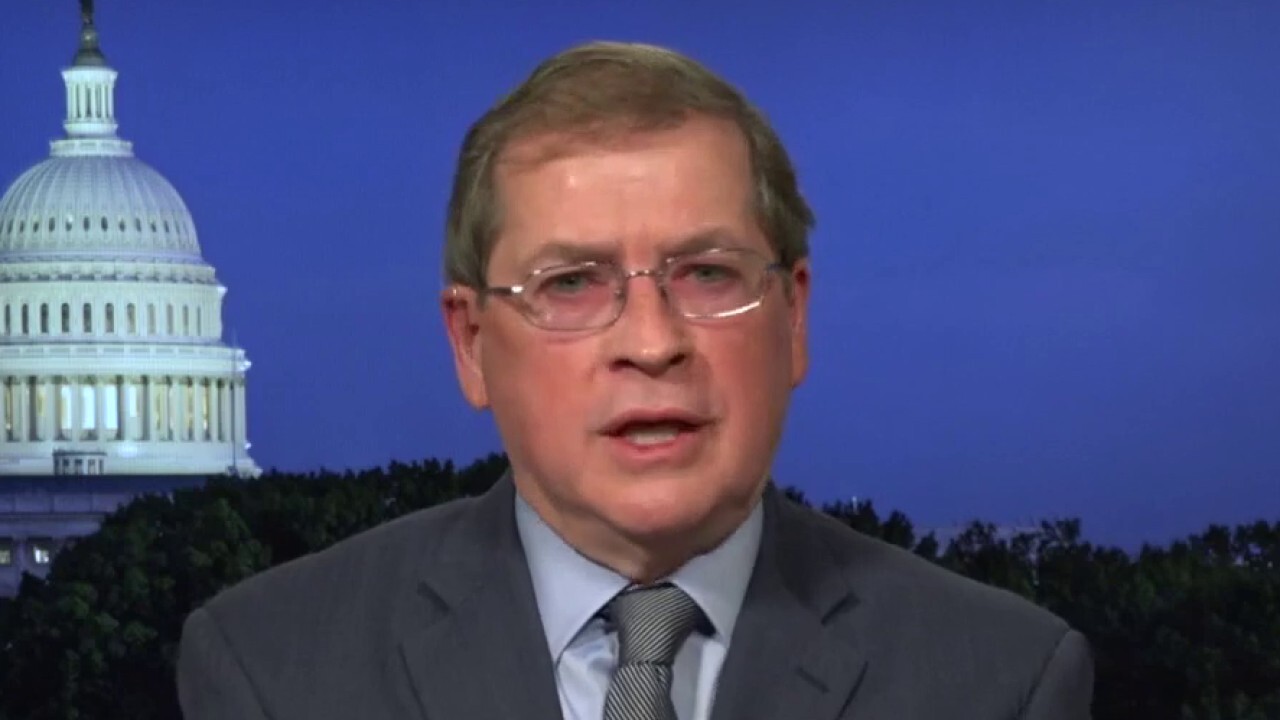 Americans for Tax Reform President Grover Norquist warned the tax will likely affect more Americans than just the rich and will be a 'disaster for economic growth.'

Sens. Jon Ossoff and Raphael Warnock said Tuesday that Medicaid expansion is a top priority for them as Democrats frantically try to come to a deal on their reconciliation bill before President Biden leaves the country for a climate conference Thursday.

"That's what's at stake," Warnock, D-Ga., said to reporters Tuesday after relaying a story about a woman who died because she could not afford health care. "That's what we're talking about. Life or death."

Georgia is one of a dozen states in the U.S. that hasn't taken advantage of the Affordable Care Act (ACA) option for states to expand Medicaid's availability. And Warnock and Ossoff, D-Ga., campaigned on taking the option to expand Medicaid out of states' hands in their runoff election victories earlier this year.

But they've run into opposition from Sen. Joe Manchin, D-W.Va, who is against the inclusion of expanded Medicaid in the Democrats' massive reconciliation spending spree. Manchin says it would unfairly reward states like Georgia who did not expand Medicaid under the ACA. States like West Virginia, which did expand Medicaid, are paying 10% of the costs of that program while Georgia would pay nothing under Ossoff and Warnock's proposal.

"The people of Georgia are paying taxes for health care they cannot access while subsidizing health care in West Virginia," Warnock retorted Tuesday

Neither Georgia senator would explicitly say that he will vote against Democrats' reconciliation bill if it does not include Medicaid expansion Tuesday. But they made clear it is a key demand for them.

"No senator's vote should be taken for granted," Ossoff said when asked whether he would withhold his vote on the bill if Medicaid expansion is not included.

"We're going to look at the total," bill, Warnock said in response to a similar question.

"But we have been consistently clear," Warnock continued, that Medicaid expansion is a key issue.

Sen. Joe Manchin, D-W.Va., walks through the U.S. Capitol in Washington, U.S., October 21, 2021. Manchin has said he's opposed to Medicaid expansion n Democrats' reconciliation bill because it would reward states that did not take advantage of the Me (Reuters Photos)

Warnock also said they are "unified in our commitment to make sure that Medicaid expansion stays in this bill."

"We’re fighting for this," Ossoff added. "Hundreds of thousands of our constituents in Georgia suffer from lack of health care."

President Biden addresses the 76th Session of the U.N. General Assembly on September 21, 2021 at U.N. Biden is leaving the U.S. Thursday for a climate conference, which is partially why Democrats want to rush their talks on their reconciliation bill. ((Photo by Timothy A. Clary-Pool/Getty Images) / Getty Images)

Senate Finance Committee Chairman Ron Wyden, D-Ore., said Tuesday that his committee will release details of its corporate minimum tax proposal and its billionaire unrealized gains tax proposal Tuesday night. It's unclear if that will be simply a framework or actual legislative text.