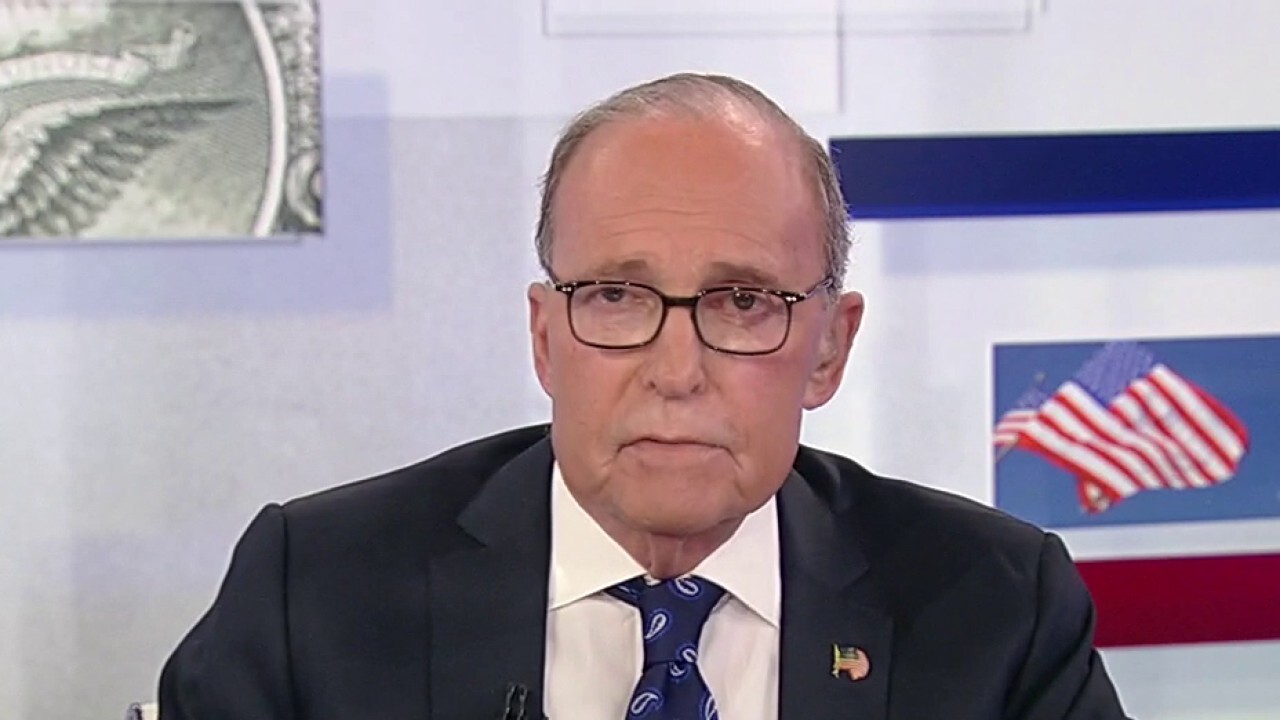 ‘Kudlow’ host shares his thoughts on Dems’ attack on prosperity as gas hits an all-time high.

The Biden administration is getting desperate as gasoline and heating costs are rising as its poll numbers plummet. Attempts to deflect blame for its energy policies and blame OPEC is backfiring, and now it may respond to the rising prices by releasing oil from our global oil reserves.

U.S. Energy Secretary Jennifer Granholm busted out laughing when she was asked about a plan to have oil producers raise output to cool off prices. She is now suggesting that the administration will make an announcement this week to address this problem that is becoming a major economic burden for the poor and middle class.

"Gasoline and oil are controlled by a global cartel, which is OPEC. They have 90% of the supply that they control 50% of the production…[President Biden] wants to see added supply from all, but he's looking at other tools that he may have, and hopefully, there will be an announcement or so this week," she said on MSNBC Monday.

US WINTER HEATING COSTS TO DOUBLE

While she claims the administration has a range of tools to use to combat rising prices, the reality is that it won't use most of the effective ones, like lifting regulatory rules on oil and gas, lifting drilling moratoriums, fast-tracking pipeline approvals and cutting gasoline taxes just to name a few, because of its larger anti-fossil fuel agenda.

The market expects that the Biden administration will try to lower prices by unilaterally releasing oil from the U.S. Strategic Petroleum Reserve or in coordination with other countries in an attempt to cool off prices. The move at first glance might seem like a handy way to lower prices, but history shows that it will have the opposite effect. A release from the reserve will not solve the problem. It is a short-term Band-Aid on an undersupplied market. Oil prices are rising because demand is exceeding supply. The only thing that will slow demand down is higher prices or a new source of sustainable supply, not a one-time shot.

Demand slows when prices go up because when prices get high enough, people will cut back on their consumption. Yet when prices are artificially low due to a one-time release of supply, it is only going to serve to increase the appetite for oil.

Major buyers of oil will know that the SPR oil is undervalued and will sop it up in no time. As an example in Asia, oil buyers are happily buying full volumes of oil even though Saudi Arabia jacked up prices. The demand for that oil is so strong, and the U.S. dumping it at what will be below-market prices will only cause a bigger shortage down the road and higher prices later on with an even tighter supply outlook in the future, also further discouraging investment in much-needed fossil fuel production.

The reason we are in this position is that Biden has failed to listen to energy experts and decided to put the country's economy at risk with an energy policy that killed pipelines and U.S. oil and gas drilling. The president decided to wield power back to OPEC and Russia after the U.S. energy sector worked decades to innovate and get out from underneath OPEC and Russia. But now they say that OPEC is a cartel and controls prices, yet it was the U.S. shale producer that brought the cartel to its knees.

Now, new questions remain over the future of the Replacement Line 5 while a legal battle rages between Michigan Gov. Whitmer and the existing Level 5 line.

Now the Biden administration thinks that by releasing oil from the reserve it will tame the markets. This might suggest that the administration believes it is bigger than the markets. It thinks that a one-time release from the world's oil reserves might make OPEC and Russia see the light and raise production levels. Yet it will only cause OPEC Plus Russia to cut production, starting an oil war that the U.S. and consuming nations will ultimately lose. American consumers will lose, too. If OPEC responds by matching the SPR release barrel for a barrel, that has the potential to cause a major oil price spike that will hurt U.S. consumers.

It is time that the Biden administration Build Back Better its energy policy with some common sense before he drives us into a devastating energy price spiral that could drive our economy into a major recession.