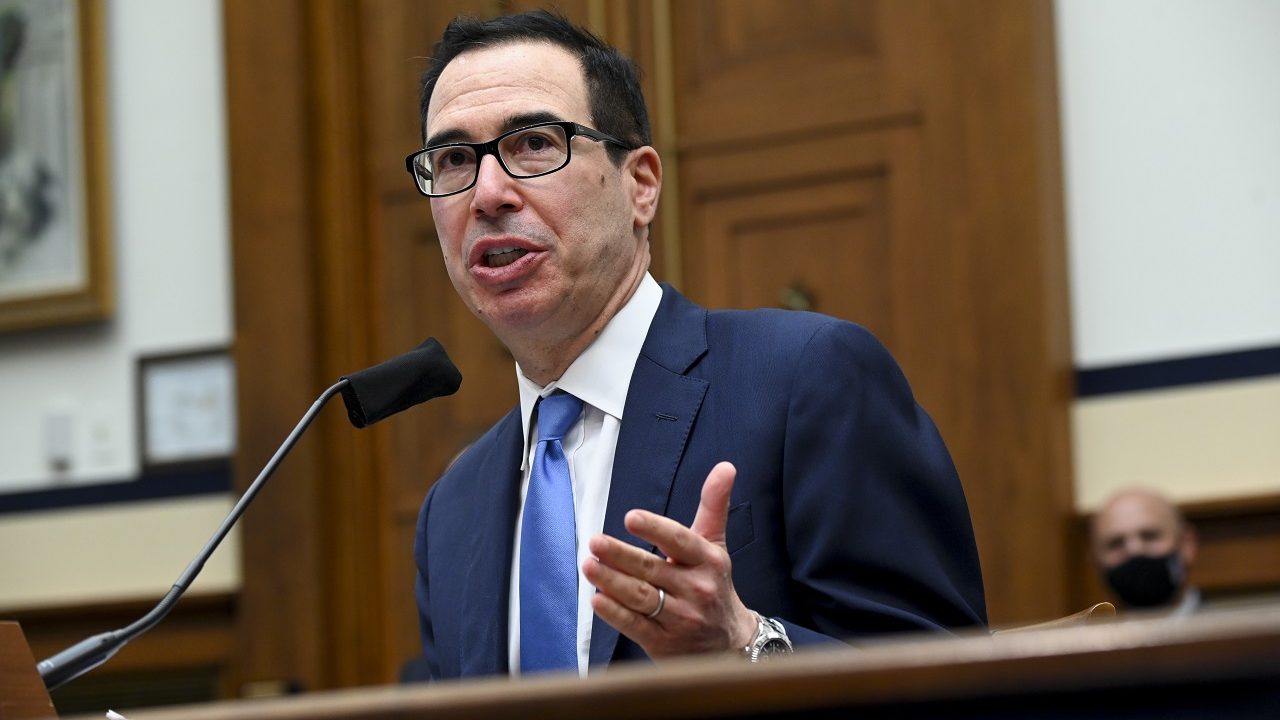 Treasury Secretary Steven Mnuchin on Thursday said President Trump's request for a payroll tax cut will not be included in the fourth coronavirus stimulus bill, while hinting a fifth package could be on the horizon.

Mnuchin was asked Thursday by reporters whether the payroll tax cut, which has been supported by the president in negotiations for this round of legislation, would be included in the final bill.

"Not in this, but we're gonna come back again," Mnuchin said. "You know, there may be a CARES 5.0. The president, again, is focused on money and American workers and American pockets right now."

Mnuchin told reporters that the administration has "finalized the appropriations" and that the payroll tax cut is not included.

"The president is very focused on getting money quickly to workers right now," Mnuchin said. "And the payroll tax takes time. So we'll come back and look at that."

In a "Fox News Sunday" interview, President Trump said he would consider not signing a stimulus bill that did not include a payroll tax cut.

But the president, on Thursday, tweeted claiming that Republicans didn't even suggest a payroll tax due to Democrats' objections.

"The Democrats have stated strongly that they won’t approve a Payroll Tax Cut (too bad!). It would be great for workers," Trump tweeted. "The Republicans, therefore, didn’t want to ask for it. Dems, as usual, are hurting the working men and women of our Country!"

Mnuchin said the administration and Republican lawmakers are looking to replace the current pandemic unemployment insurance program, slated to expire at the end of the month, with a reduced 70 percent wage replacement.

The Trump administration and Republicans are currently pushing a package with a price tag of $1 trillion, but Mnuchin has said that they “will spend what we need to spend” to get the right package passed and signed.