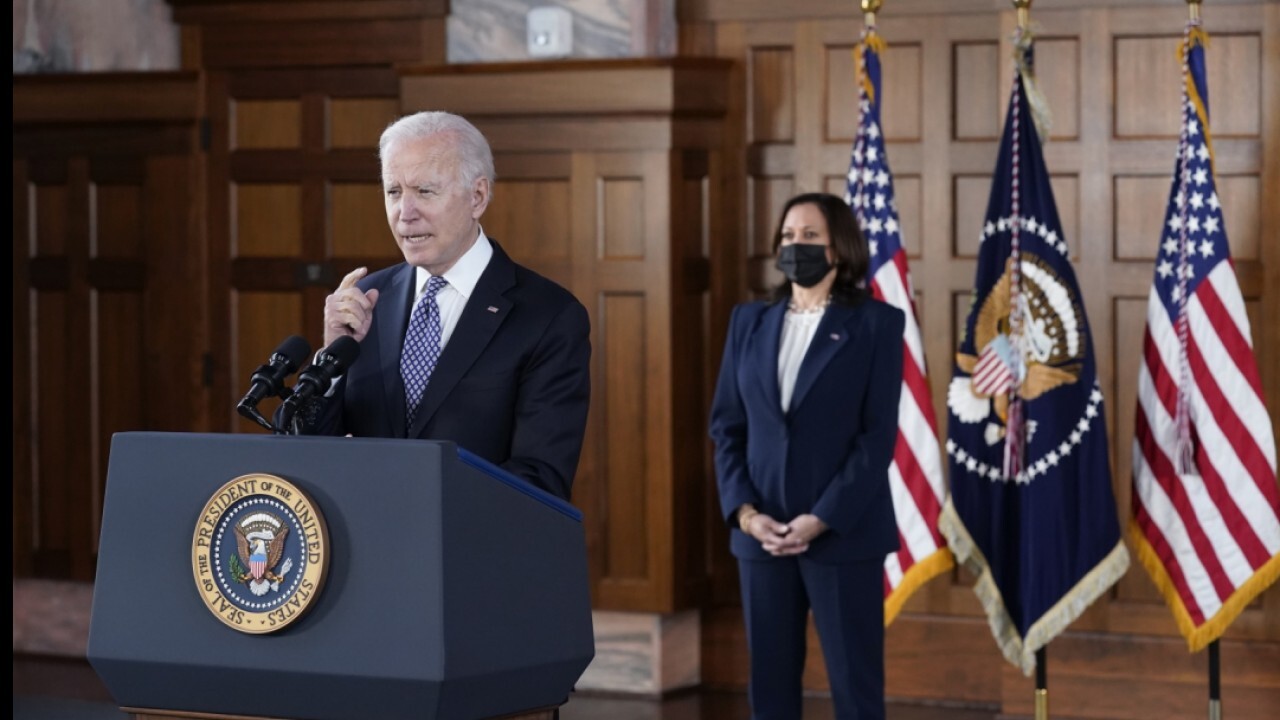 Former Speaker of the House Newt Gingrich discussed what to expect from President Biden's first press conference on FOX Business' "Mornings with Maria", arguing that appointing Vice President Kamala Harris to be in charge of the border crisis allows him to "divert" all the hard questions to her.

Newt Gingrich:  "I think [Joe Biden] probably set up a pretty clever diversion by naming Vice President Harris as being in charge of the border. So if he wants to, he can take every single border immigration question and say, well, you know, that's really Kamala's job and you ought to ask her about it later on... next question. So we'll see whether he wants to actually engage on that or whether he wants to divert it all to her.

You know, when you go 100 days without a press conference, there are so many different topics. What does he think of Putin withdrawing the Russian ambassador? What does he think of the Chinese lecturing us aggressively for 20 minutes in Anchorage? What what does he think about the whole issue of the rise of violence across the whole country? Where does he stand on the violence in Portland, for example, or the areas in Minneapolis which are now as violent as Portland? The whole range of these things, you know, and then you get into the question of given the economic news you just had, why would you pass more and more stimulus? You're in grave danger. As a number of even liberal economists have pointed out, of beginning to really have inflation next year. People are starting to see it in food prices, gasoline prices. Is he at all concerned that, in fact, they're piling even more gasoline on the fire? You're going to have a pretty big economic backlash, and I think that's a very real concern. Larry Summers, a pretty liberal Democrat, has warned that we're on the edge of stimulating real inflation."