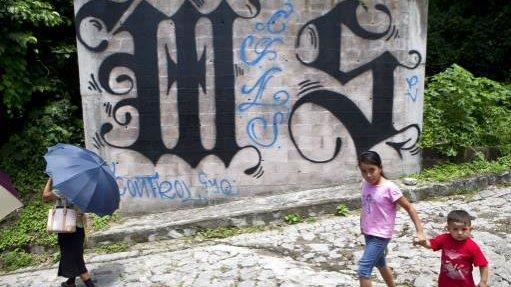 Sheriff Vincent DeMarco of Suffolk County, New York says the unaccompanied minor program initiated by former President Obama has provided an avenue for one of the most notorious and brutal gangs, MS-13, to infiltrate communities across the country.

“These unaccompanied minors who are already MS-13 members in El Salvador have made their way to communities throughout the country, but Suffolk County has been extremely hard hit with this program in that 4,000 minors from El Salvador, Honduras and Guatemala, a lot of them MS-13 members before they came are now in Suffolk County,” he said.

President Trump has put the Central American gang on notice and vowed to "really go after" the brutal criminal gangs and drug cartels that prey among Americans.

“For too long Washington has gone after law abiding gun owners while making life easier for criminals, drug dealers, traffickers and gang members - MS-13. You know about MS-13. It’s not pleasant for them anymore,” Trump said during a speech at the National Rifle Association Leadership Forum in Atlanta in April.

Trump Puts MS-13 On Notice: We’re Coming After You
How MS-13, One of America’s Most Dangerous Gangs, is Funded
Rep. Peter King: MS-13 is Smuggling Unaccompanied Minors into the US

Sheriff DeMarco said the MS-13 gang has created a conveyer belt of new members by making deals with drug cartels to cross the Mexican border.

“The cartels make arrangements for them to cross the border, get them train tickets or bus tickets to come up to Suffolk County [New York],” he said.

The Suffolk County Sheriff said he is hopeful the Trump administration will continue to combat the increasing gang violence by appointing officials that believe in law, order and justice.