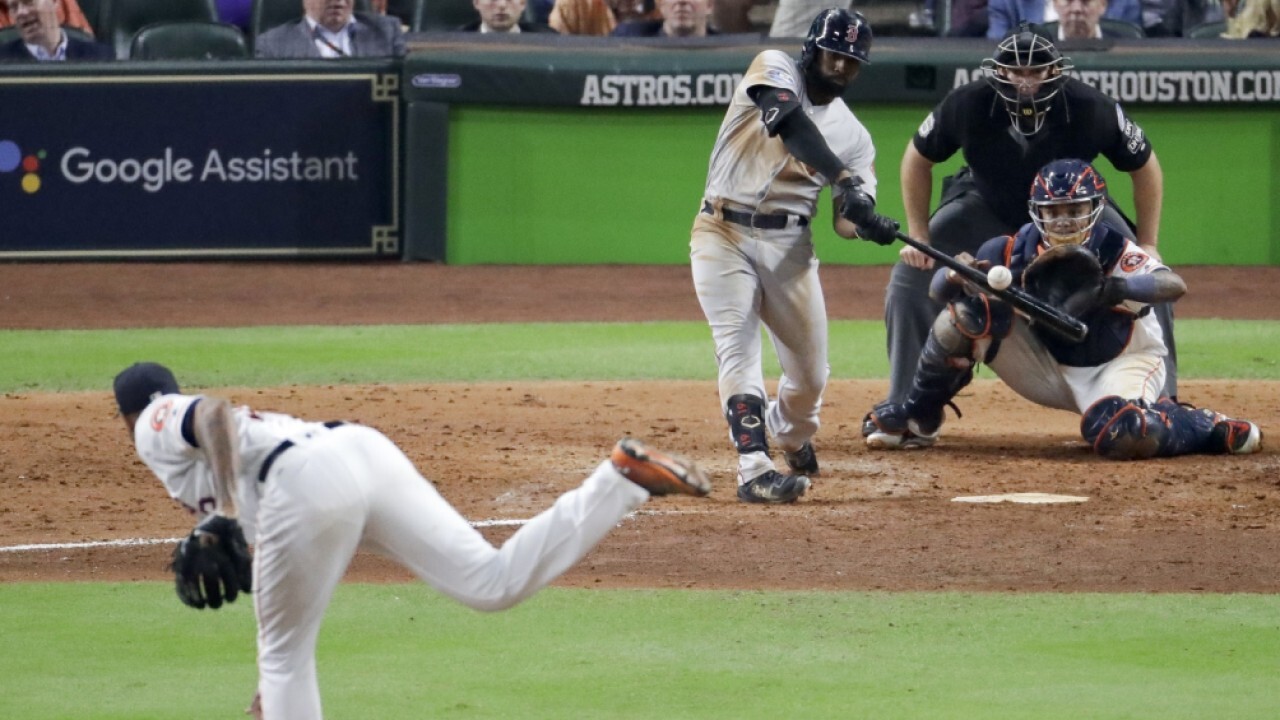 Sen. Mike Lee, R-Utah, on introducing a new bill to strip the MLB of their antitrust protection.

Sen. Mike Lee, R-Utah, discussed proposed legislation that would strip the MLB of its antitrust exemption, arguing that it "makes no sense" for the league to be allowed to behave like a monopoly, during an appearance on FOX Business' "Mornings with Maria" Wednesday.

The GOP lawmaker's comments come on the heels of the MLB moving their All-Star Game out of Georgia, following a new voting law that many Democrats, including President Biden, claimed was comparable to Jim Crow.

SEN MIKE LEE: My best guess is that most of the people who came out against the law hadn't read it. If they had read it, they didn't pay attention. If they read it and... paid attention, they were engaging in some sort of rank political activism and gunning for the left. Look, I don't know what was the case with Major League Baseball. For all I know, perhaps they saw that they could make more money if they held the All-Star Game somewhere else.

But what I do know is that it makes no sense for them to maintain and enjoy a complete insulation, a complete exemption from antitrust laws going all the way back to Oliver Wendell Holmes' opinion in 1922 case before the U.S. Supreme Court. There's no reason why baseball ought to have that exemption. That exemption was created out of whole cloth, created out of thin air by the Supreme Court. And, you know, when I first saw that Major League Baseball was doing this, I thought this is the behavior of a monopolist. This is the behavior of an entity that cares, not what anyone says or thinks in response to its actions. And it certainly shouldn't have a farcical antitrust exemption to embolden it in taking ridiculous actions like this one.

I have a bone to pick with those who would compare laws guaranteeing election security and integrity to Jim Crow, that that is an insult to so many people on so many different levels. We held a Senate Judiciary Committee hearing on this yesterday. Unfortunately, the Democrats who control the majority in the committee gave the title Jim Crow 2021 to the hearing talking about these very same laws. You know, it's an insult to those who actually lived through Jim Crow. It's an insult to people like my friend Burgess Owens, a congressman from Utah, who lived to experience some of the... after-effects from the... latest stages of Jim Crow remnants. It's an insult to them and it's an insult to the American people who deserve to have an election system that's credible. So I think it's utterly irresponsible for anyone from the president of the United States to anyone else calling this Jim Crow. That is not what this is. It's the opposite of what this is.