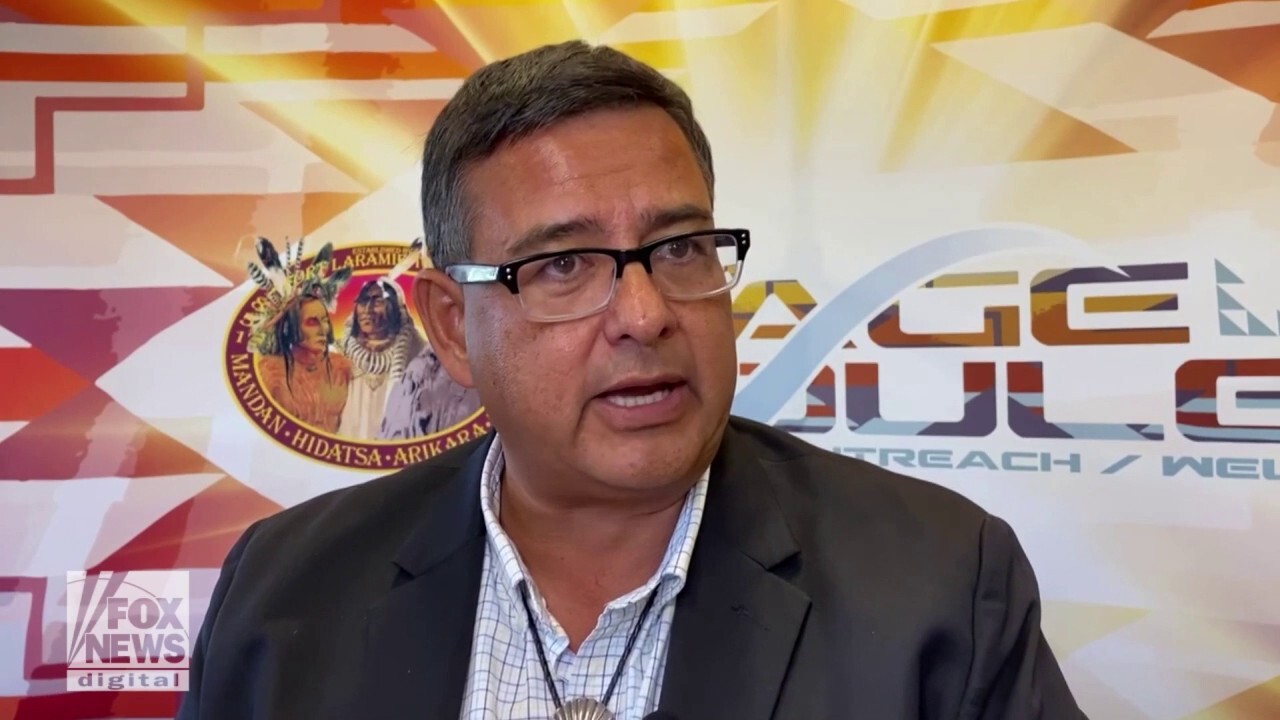 The Mandan, Hidatsa and Arikara Nation Native American tribe says its fracking oil revenue helped it build schools and a judicial center, maintain roads and treat addiction among its members.

The Dakota Access Pipeline (DAPL) is one of the most controversial energy projects in the United States, as it's been the subject of years of environmental protests and litigation that's now reaching the Supreme Court.

Protests by the Standing Rock Sioux, whose reservation straddles the border between North Dakota and South Dakota, produced some of the most high-profile voices in the battle. And the tribe, which says the pipeline puts its water and land at risk of environmental harm, is a party in litigation over environmental review of the pipeline project, which is owned by Energy Transfer of Texas.

That's because as fracking made oil deposits throughout North Dakota more accessible starting in the late 2000s, MHA Nation joined in on the state's oil boom and now brings in hundreds of millions in oil revenue from those resources.

North Dakota saw its oil production increase from 45 million barrels in 2007 to 525 million in 2019. And MHA Nation's Fort Berthold Indian Reservation accounts for a quarter of that production.

In 2020, 60% of MHA Nation's oil traveled through the Dakota Access Pipeline. Amid lawsuits relating to the pipeline in the past 12 months, now less than half of the tribe's oil travels through the pipeline. But Fox says it's still a significant amount whose loss would hurt the tribe.

In an April declaration in D.C. District Court, MHA Nation estimated that a DAPL shutdown would cost the tribe $160 million over one year and $250 million if a shutdown lasted two years. Further, the MHA Nation declaration said it would expect an additional five traffic deaths among its members per year if the pipeline were shut down due to increased need for trains and trucks to move its oil.

"We support a tribe's right to – Standing Rock, all along this time — we've always said that's their right to, you know, contest or challenge impacts to their nation by a pipeline being very near their borders and possibly impacting their water," Fox said. "But it's also our right at MHA to develop our energy resources. They're also trust assets, just like water's a trust asset … So we just felt it was time that we had to [make it known] to a court or a judge or anybody else making decisions, that we are going to suffer some negative impacts and consequences."

Fox told FOX Business that MHA Nation's development of its oil resources is about far more than simply bringing in money.

"We're trying to restore or regain that former intertribal trade that we had and economic development position we once had," Fox added. "We have a proud history, although, like many other tribes, a very tragic history in many ways as well."

Fox listed epidemics like smallpox, displacement from their lands and failed American policies as some of the hardships the MHA Nation has had to overcome.

"They built a dam and flooded our lands," Fox said.

A small outdoor auditorium at the MHA Nation's Good Road Recovery Center for drug addiction treatment at its outreach center in Bismarck, N.D. The recovery center was paid for with the tribe's oil money. (Tyler Olson/FOX Business)

Despite all this, Fox said, MHA Nation is doing what it can in the present to help its members. And the oil money, which makes up 85% of the tribe's revenue, is making much of that possible.

"We will have three brand new schools completed in the last three years that is over $100 million worth of schools," Fox said. "We're talking hundreds of millions of dollars in road development … We're insuring about one-third of our people … with health insurance today that they otherwise wouldn't have and have to rely on the Indian Health Service."

Fox said the tribe has also used oil money to build out its judicial system, cut crime rates and reduce pollution on its land.

But one of the most important uses of the money, Fox said, is an inpatient-outpatient drug addiction recovery center at one of the tribe's outreach offices in Bismarck, N.D.

Native American tribes are hit particularly hard by the opioid epidemic, and MHA Nation is no exception. The tribe approved two state of emergency declarations in 2020 – one on COVID-19 and another for opioids.

"We now have the revenue to do something about the problem, to stop the dying and killing of our people by illegal drugs," Fox said.

Fox acknowledged that there will always be trade-offs and environmental risks for MHA Nation as it develops its oil. But after gaining experience and taking years to tweak regulations, he said, "The positives now drastically outweigh the negatives in our estimation.

"We really don't have a choice. If our goal is to regain what we once had, is to reestablish our economy, is to undo the socioeconomic poverty we suffered for the last 150 years … and build an economy that doesn't depend on the federal government," Fox said.

"There's pros and cons. There's good and bad. But if we do this right, there'll be more good, and we take our destiny into our own hand. We'll self-determine ourselves, and we'll rebuild what we once had again, and we'll have a better future," Fox said.