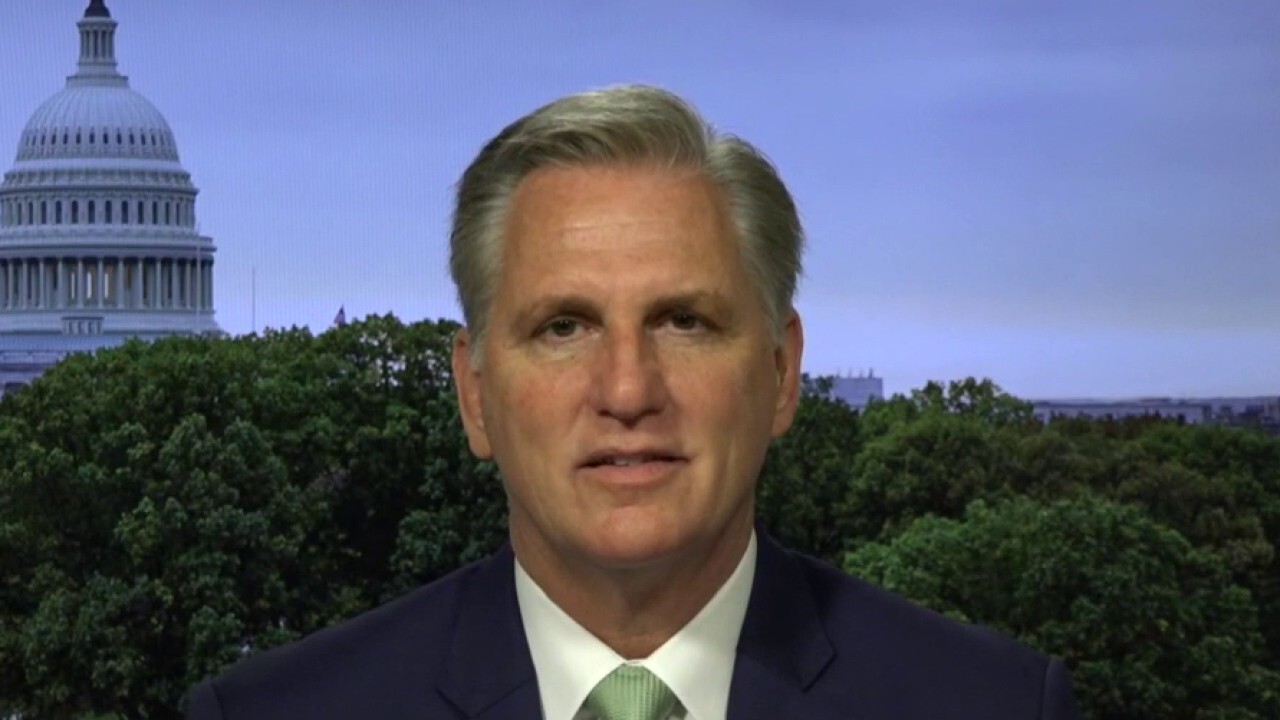 House Minority Leader Kevin McCarthy, during a wide-ranging interview on FOX Business' "Mornings with Maria" Thursday, argued that the Democrats' proposal to add four seats to the Supreme Court "should scare every single American, regardless of where you stand politically," and criticized the Biden administration's lack of border security.

REP. KEVIN MCCARTHY: This should scare every single American, regardless of where you stand politically. The Democrats inside Congress today would rather dismantle this nation than dignify the Constitution. This just goes to show how far the Democratic Party has moved. There almost are no longer common sense or moderate Democrats elected.

Even Joe Biden in the past was opposed to this. Those Democrats on the Supreme Court were opposed to this because what this simply does is, it's about control. It's overtaking a branch of government simply to have your control over a nation. It must be the scariest thing I've ever heard them do. I never thought they would go this far. But now they're not only proposing it, they're moving it in legislation form.

[Voters are] scared about where the nation's going. And if you study history, remember, Hugo Chavez didn't overtake a nation. He was elected democratically, then changed the constitution in the nation. Exactly what you're seeing happen here. Now we have borders where they invite illegals to come, then they incentivize it. Now, what's happened in the Rio Grande area, 40% of our border agents are no longer on the border to protect it because now they're dealing with all the illegals in the processing.

Then what we're finding not only to pack the courts, raising our taxes, then they want to control about the election itself to guarantee they're continually elected to change the system. Everything is about changing the rules, to empower them, to give them greater control over our lives. The most telling thing, if there's anything, about how much money we were able to raise last quarter, it wasn't from corporations, it wasn't from PACs, less than 2%. This was the American people rising up, concerned about where this country is going and want to take this nation back.