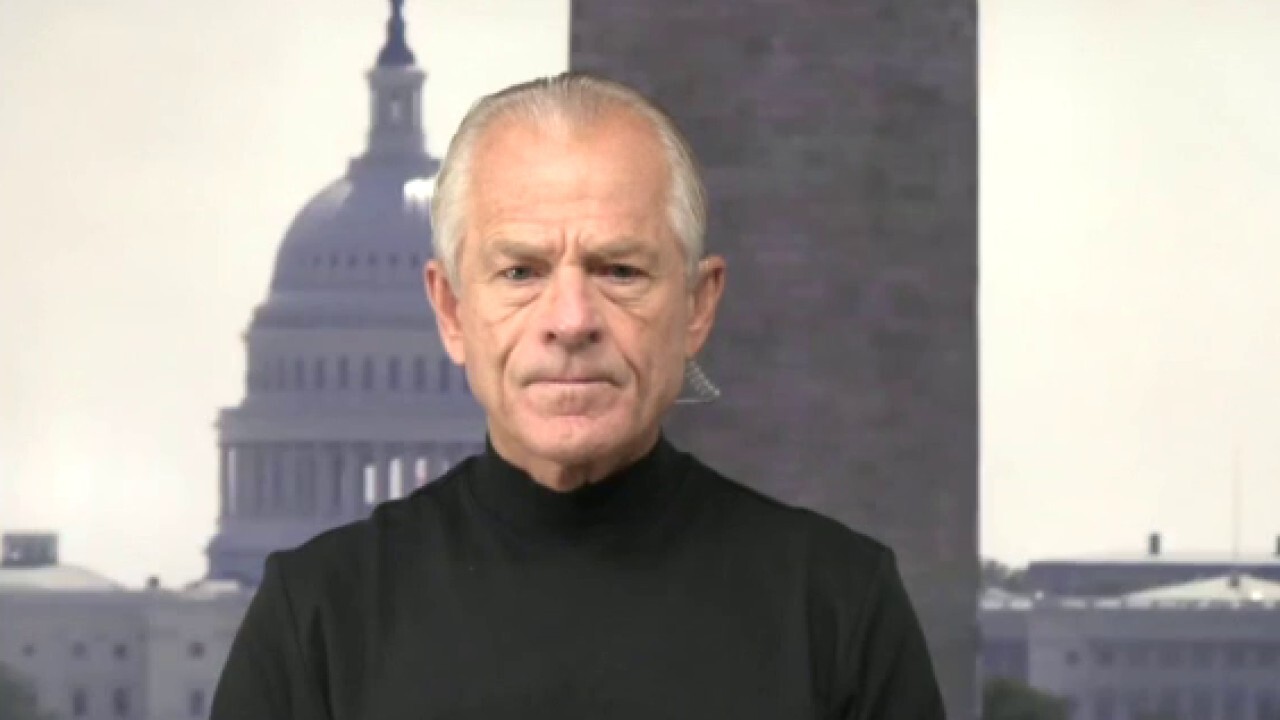 Former Trump Trade and Manufacturing Policy assistant Peter Navarro argues if China ‘controls the digital universe’ and ‘also has the ability to basically hack that system, it controls everything.’

Federal Reserve Chairman Jerome Powell reiterated on Wednesday that cyber threats pose a bigger threat to the U.S. economy than the risk of another systemic breakdown in the financial system seen during the 2008 recession.

In an interview with David Rubenstein at the Economic Club of Washington D.C. on Wednesday, Powell said that "cyber is the new frontier" and financial institutions are devoting resources to thwart attacks.

The comments echo remarks he made during a CBS' "60 Minutes" interview that aired on Sunday night when Powell said that policymakers at the U.S. central bank believe cyberattacks on financial institutions that halt their ability to track payments could trigger a market collapse similar in magnitude to the global financial crisis.

WHAT HAPPENS DURING A RECESSION?

"You would have a part of the financial system come to a halt, or perhaps even a broad part. And so we spend so much time and energy and money guarding against these things," he said. "There are cyberattacks every day on all major institutions now. That's a big part of the threat picture in today's world."

A 2018 report from the International Monetary Fund found that cyber threats could cost banks 9% of their net income globally, or around $100 billion annually.

"The world changes," Powell said. "The world evolves. And the risks change as well. I would say that the risk we keep our eyes on the most now is cyber risk. That's really where the risk, I would say, is now, rather than something that looks like the global financial crisis."

The 2008 crisis was triggered by overheating in the housing markets, when banks and other lenders approved mortgages, sometimes to borrowers with poor credit histories, driving up home prices to astronomical levels. Banks then sold the risky mortgage-backed securities to other financial institutions.

Large financial conglomerates like Bear Stearns, Lehman Brothers, Merrill Lynch and Morgan Stanley all became lenders of mortgages. According to a 2018 paper published by the University of California Berkeley, by the summer of 2007, UBS held onto $50 billion of high-risk mortgage-backed securities, Citigroup $43 billion, Merrill Lynch $32 billion and Morgan Stanley $11 billion.

As a result of a glut of new homes on the market, housing prices across the country began to plummet, meaning that millions of homeowners and their mortgage lenders were suddenly "underwater," which means they owed more on the mortgage than the estimated value of the property. Owners defaulted on their mortgage payments and lost their homes, and banks that held the securities were pushed toward bankruptcy.

But the odds of a similar occurrence taking place, according to Powell, are low.

"The chances that we would have a breakdown that looked anything like that – where you had banks making terrible loans and investment decisions and having low levels of liquidity and weak capital positions and thus needing government bail – the chances of that are very, very low," Powell said. "Very low."