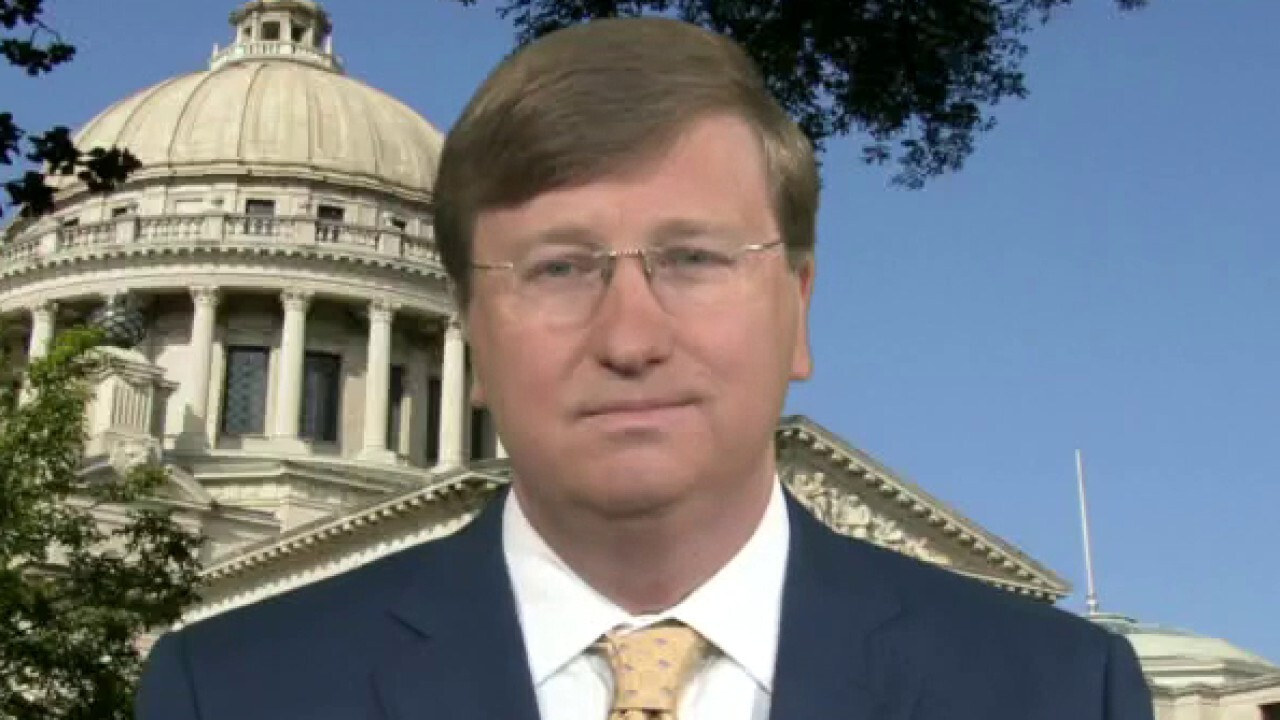 Mississippi Gov. Tate Reeves, while discussing the move to end mask mandates, told FOX Business'  "Varney & Co." that Florida Gov. Ron DeSantis is "right" to reject the idea of the government requiring vaccine passports to travel freely within the country, arguing that they are the "wrong approach" as more Americans get shots in the arm.

MISSISSIPPI GOV. TATE REEVES ON LIFTING COVID RESTRICTIONS: 'IF NOT NOW, WHEN?'

GOV. TATE REEVES: We're certainly not going to do what he has suggested. It makes absolutely no sense, but I think it sort of points towards the true philosophical differences between the Biden administration and Republican governors across America. They believe that the central government should make all decisions for us. We believe that individual Americans ought to make the decision. They believe that Washington knows best. We believe that individual Americans know best. And the fact is that the numbers in our state simply do not justify the overreach of government...

The fact is, and this is what they stated, that, in America, there was an uptick of 10%  week-over-week last week, and that there were over 60,000 cases per day. Well, in Mississippi, that number is now approximately 200 cases per day. Just to put that in perspective for you, Mississippi is approximately 1% of the U.S. population, and we had three-tenths of 1% of the total cases in America. One size does not fit all. Just because cases are going up in New York and New Jersey doesn't mean that Mississippi ought to take action...

We don't need a vaccination passport, we do need more Americans and certainly more Mississippians to get the vaccine. The reason our [COVID] numbers are plummeting is because we're seeing a significant number... of our constituents that have gotten the vaccine. It is the light at the end of the tunnel. I am strongly recommending to all of my constituents to get the vaccine. We have put 1.3 million shots in arms in our state, and we hope to get more and more as the weeks and months come. But the idea of the government requiring a passport to move freely within a free country certainly strikes me as is the wrong approach.