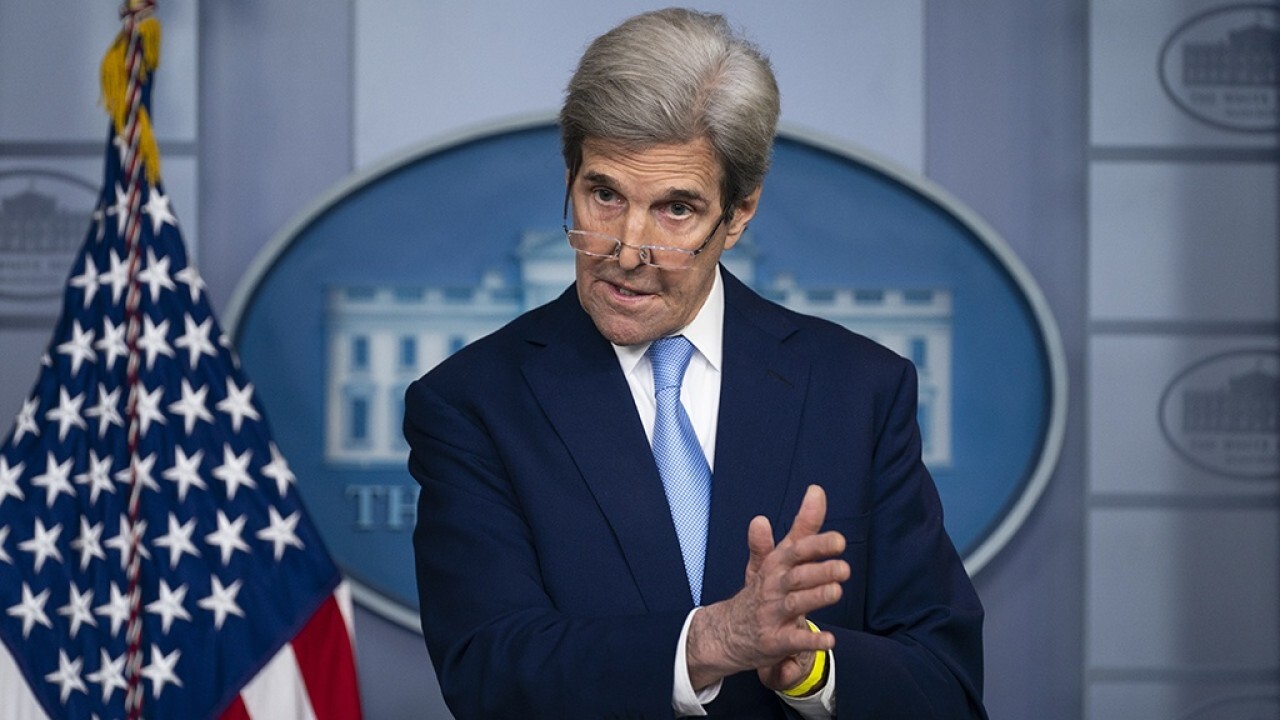 A Marriott hotel in the Czech Republic has reportedly declined to host a conference of activists from China’s oppressed Uighur community citing a desire to maintain "political neutrality."

"Thank you very much for your visit today," an email from a Prague Marriott obtained by Axios told a Uighur event organizer who had reached out for quotes for housing at a convention in town. "Unfortunately, I have to inform you that we are not able to offer the premises. We consulted the whole matter with our corporate management. For reasons of political neutrality, we cannot offer events of this type with a political theme. Thank you once again for your time and understanding."

In this June 5, 2019, photo, residents of the Hui Muslim ethnic minority walk in a neighborhood near an OFILM factory in Nanchang in eastern China's Jiangxi province. (AP Photo/Ng Han Guan)

CURRY & ABBAS: CHINA'S WAR ON UYGHUR MUSLIMS – HERE'S WHY THIS PERSECUTION SHOULD MATTER TO CHRISTIANS

About 200 delegates from over 20 countries had descended upon Prague earlier this month to attend a convention put on by the World Uighur Congress which was designed to hold discussions with politicians and academics about the plight of the Muslim minority group that has been targeted by the Chinese government for years.

A Marriott spokesperson told Axios that the hotel giant would be reaching out to apologize to the group saying that the Prague location’s response was "not consistent with our policies."

FILE - In this Sept. 20, 2018 file photo, a Uighur woman and children sit on a motor-tricycle after school at the Unity New Village in Hotan, in western China's Xinjiang region. Birth rates in the mostly Uighur regions of Hotan and Kashgar have plung (AP Newsroom)

In a statement to Fox Business, Marriott spokesperson Melissa Froehlich Flood confirmed that the company intends to reach out to apologize to the event organizers.

"Marriott International is committed to giving a warm welcome to all," the statement said adding, "We are working with the hotel team to provide additional training and education on our longstanding practices of inclusion."

There is a "very credible case" that China is carrying out genocide against Uighurs, according to a formal legal opinion recently published in the United Kingdom and cited by the BBC earlier this year.

The legal opinion -- written by senior barristers at Essex Court Chambers in London, and based on a six-month legal assessment -- concluded there was evidence of state-mandated behavior that showed an intent to destroy the Muslim minority in northwest China, as well as the deliberate infliction of harm against Uighurs in detention.

"On the basis of the evidence we have seen, this Opinion concludes that there is a very credible case that acts carried out by the Chinese government against the Uighur people in Xinjiang Uighur Autonomous Region amount to crimes against humanity and the crime of genocide," it says, according to the BBC. "Mr Xi controls the overall direction of state policy and has made a range of speeches exhorting the punitive treatment of the Uighurs."

According to reports last year, up to three million Uighur Muslims in China's western Xinjiang province have been taken from their homes since 2017 by authorities and disappeared into a prison camp, which the Chinese government glosses over as a "re-education" facility.

The legal opinion was published by the BBC, after the broadcasting company reported last week that women in those camps have been systematically raped, sexually abused, and tortured.

CANADA - 2018/04/21: Sing and logo of the Marriott Hotels and Resorts. The chain is repeatedly voted as one of the best places to work. (Photo by Roberto Machado Noa/LightRocket via Getty Images)

"There is compelling evidence that detainees are subject to a range of forms of serious physical harm," the opinion stated. "Detainees report having been punished by the administration of electric shocks, forced to remain in stress positions for an extended period of time, beaten, deprived of food, shackled and blindfolded."