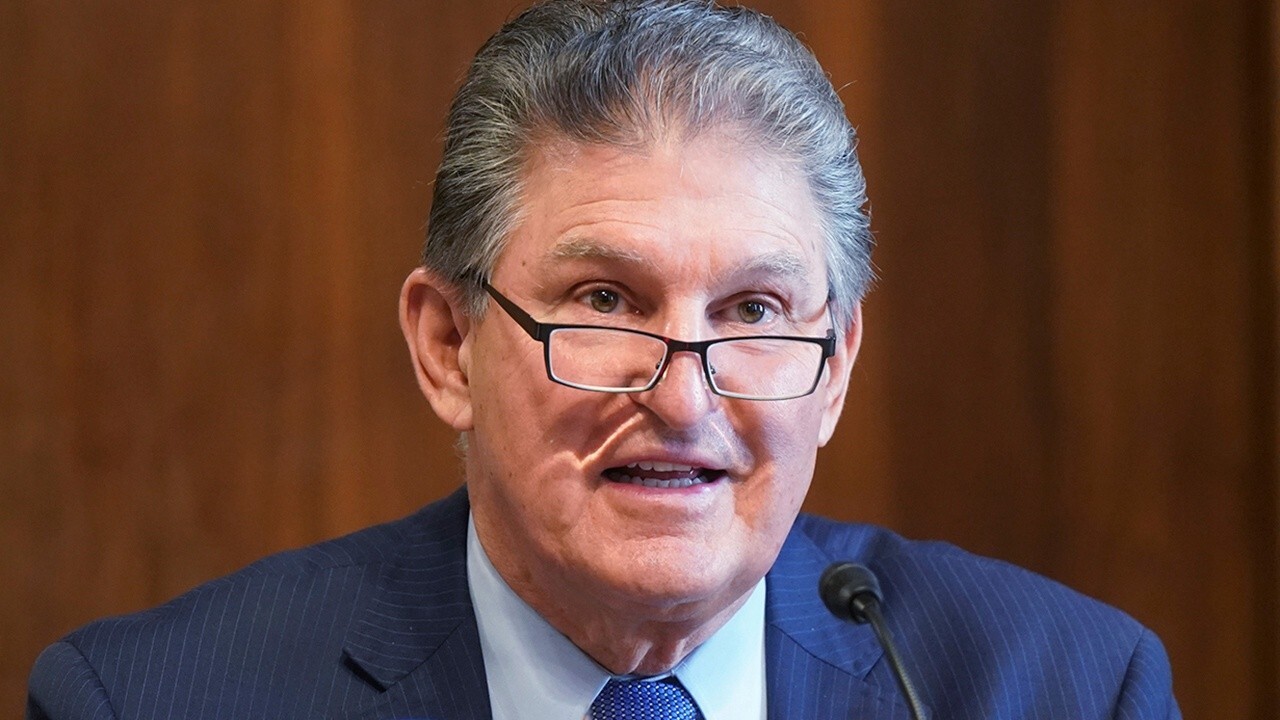 Sen. Joe Manchin, D-W.Va., said Sunday that he will not vote in favor of his party’s $3.5 trillion budget reconciliation package, which is a central part of President Biden's Build Back Better agenda and needs the support of all 50 Democratic senators to pass.

Appearing on CNN’s "State of the Union," Manchin was asked by anchor Dana Bash to respond to Senate Majority Leader Chuck Schumer, D-N.Y., who said Democrats were moving "full speed ahead" on the package for which Manchin previously called for a "pause." Manchin, who sits on the Senate Appropriations Committee, said his main issue with the package is its hefty price tag.

"He will not have my vote on 3.5 and Chuck knows that," he said, adding that it should be more like $1.5 trillion. "It’s not going to be three and a half I can assure you."

Manchin said the bill that Democrats should be primarily focused on is the $1.2 trillion bipartisan infrastructure bill that passed in the Senate and is awaiting House action. House Speaker Nancy Pelosi, D-Calif., said a vote on that bill would be held on Sept. 27, but progressives have threatened to vote against it if the reconciliation bill is held up in the Senate.

Manchin said there is "no way" the reconciliation will pass this month, and he said progressives are making a big mistake if they follow through on their threat.

"They have to do what they have to do," he said. "And if they play politics with the needs of America, I can tell you America will recoil."

Appearing later on ABC’s "This Week," Manchin criticized Sen. Bernie Sanders, I-Vt., after the senator declared on Twitter the day before: "No infrastructure bill without the $3.5 trillion reconciliation bill."

"I just respectfully disagree with Bernie," Manchin told ABC's George Stephanopoulos. "I’ve never seen this in legislation. I never thought the purposes of the progress we make in legislation was basically to hold one hostage over the other."

Sanders, who appeared later on the same show, fired back, saying "the real question" is whether it is "appropriate for one person to destroy two pieces of legislation."

Sanders said that regardless of the party infighting, he expected both bills to eventually pass.

Budget reconciliation rules prevent Republicans from filibustering the $3.5 trillion reconciliation bill, so Democrats only need a simple majority to pass it. With a 50-50 Senate, Democrats need every senator in their party to vote yes, with Vice President Kamala Harris breaking the tie.