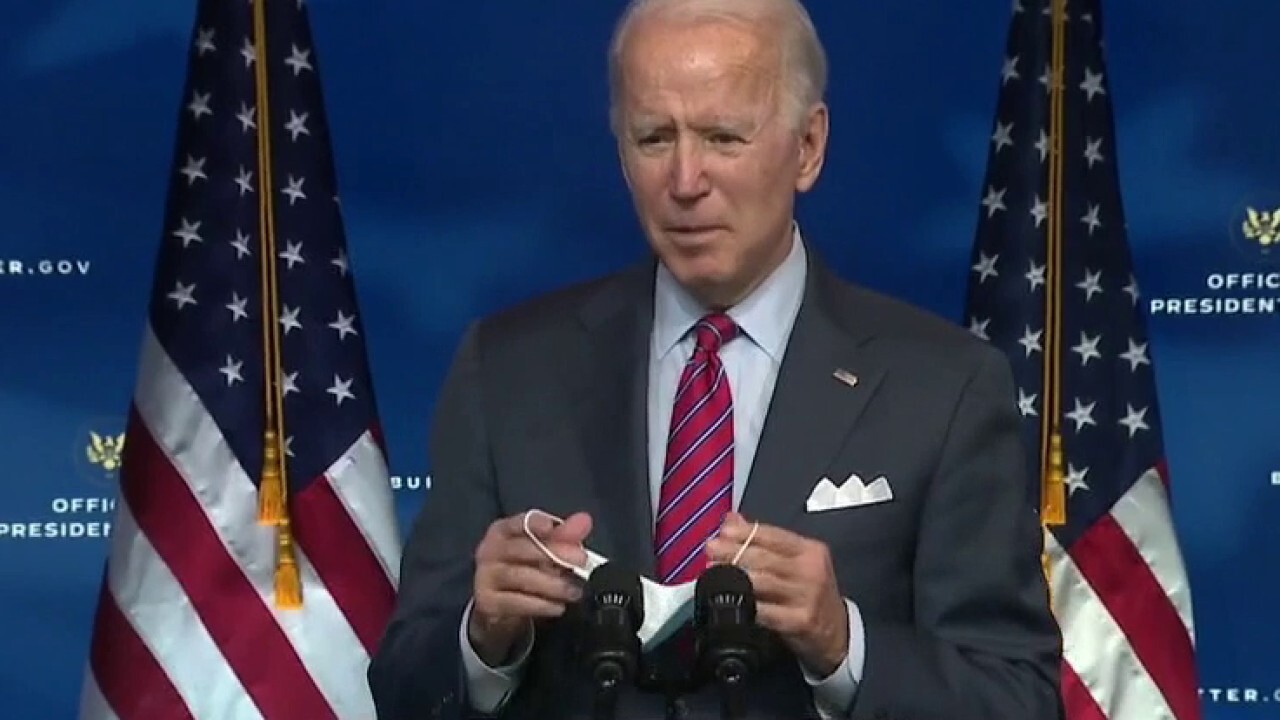 A new COVID-19 vaccine mandate requiring proof of shots for anyone entering a wide array of businesses – everything from restaurants to shopping malls to theaters – went into effect in Los Angeles on Monday.

Following its cue from New York City and San Francisco, the mandate is among the strictest in the country. The rules, called SafePassLA, are being implemented as new cases have started inching up following a sharp decline from an August peak driven by the delta variant.

Restaurant owners and managers who spoke to FOX Business lamented the new vaccine mandate, saying it will merely compound financial problems still lingering from the pandemic.

Patrons with their dogs keep their social distance while waiting in line outside Collage Cafe in the Highland Park neighborhood of Los Angeles on Nov. 6. (AP / AP Newsroom)

Elena, the general manager of an Italian restaurant in Los Angeles, told FOX Business the new vaccine mandate was "quite unexpected."

"We feel like a lot of guests aren’t going to be able to enjoy (our restaurant)," Elena said, noting that her restaurant and others are dreading the prospect of having to turn away noncompliant customers.

"Everybody’s suffering. But we’re going to do whatever it is we have to do and comply with all the regulations and the guidance," she said.

The Los Angeles City Council voted 11-2 last month for the ordinance that requires people 12 and older to be fully vaccinated to enter indoor public spaces, including sports arenas, museums, spas, indoor city facilities and other locations.

Negative coronavirus tests within 72 hours of entry to those establishments would be required for people with religious or medical exemptions for vaccinations. Customers without proof can still use outdoor facilities and can briefly enter a business to use a restroom or pick up a food order.

Angela Marsden, owner of the Pineapple Hill Grill & Saloon, warned that having to enforce the mandate would put her employees at risk.

"My staff don’t want to do it. They are afraid to do it. So, then you’ll have to hire security, which costs more money – and we’re already not making money," Marsden told FOX Business. "It’s like they want us to be the policeman of their rules."

Daveed Meiron, owner of New York Bagel Café, told FOX Business that while he doesn’t agree personally with the mandate, he will comply and "find a way to reinvent himself."

If a customer puts up a fuss, Meiron said he will deal with them "with love and compassion."

"You say, ‘I understand. I support you. But I don’t want to be fined. Can you support me?’" Meiron said.

Business trade groups say the mandate will sow confusion because Los Angeles County's own vaccine rules — which apply to dozens of surrounding communities — are less sweeping. Cities are allowed to pass rules more stringent than the county.

"There's a tremendous lack of clarity," said Sarah Wiltfong, senior policy manager at the Los Angeles County Business Federation. For example, most retail shops are exempt. "But shopping malls and shopping centers are included, which of course includes retail shops," she said.

Among LA County's roughly 10 million people, 80% of eligible residents now have received at least one COVID-19 vaccine dose and 71% of those eligible are fully vaccinated, according to public health officials.

While the order takes effect Monday, city officials say they won't start enforcing it until Nov. 29 to give businesses time to adjust. A first offense will bring a warning but subsequent ones could produce fines running from $1,000 to $5,000.