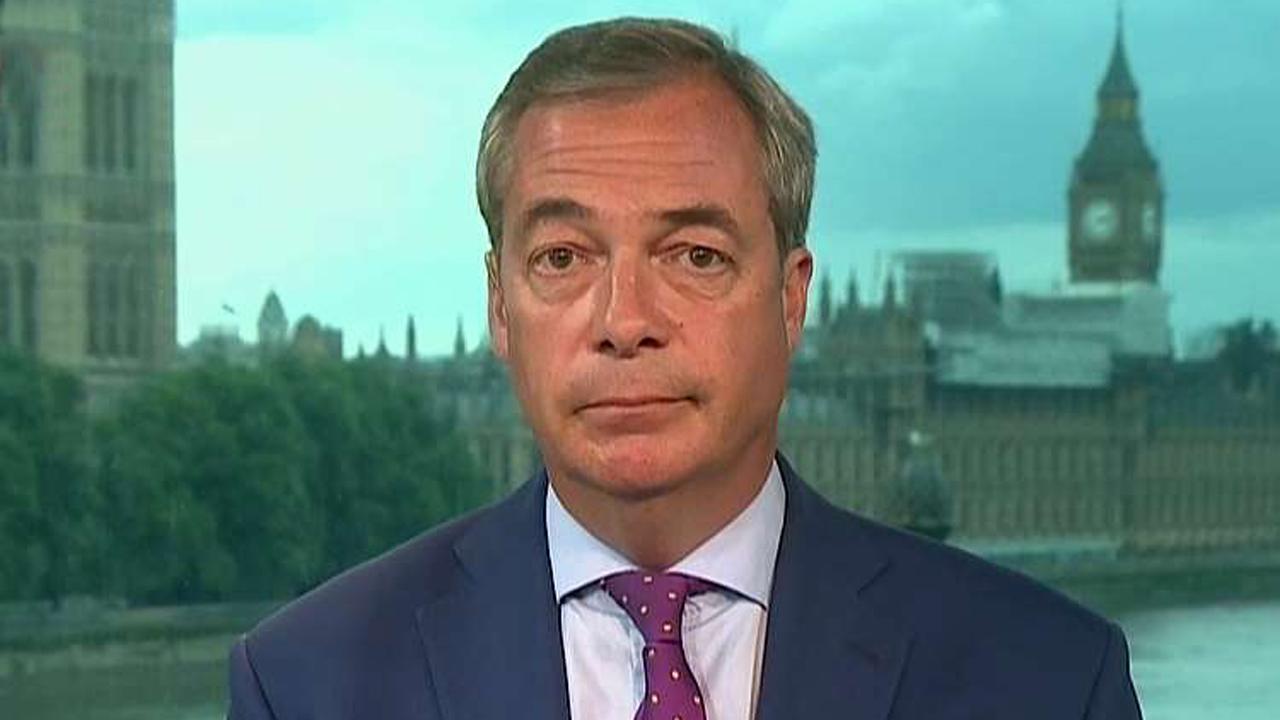 In the wake of the latest terror attack in London, former U.K. Independence Party leader Nigel Farage said Sunday that more action needs to be taken by government leaders in Britain in an effort to prevent future tragedies.

“I want to hear that in our state-run schools and prisons, which we’re in charge of, we are absolutely going to make sure that radicalization doesn’t take place,” Farage told Maria Bartiromo on “Sunday Morning Futures.”

“I want to hear that in the mosques in this country we will actually be unafraid to kick out of this country people who go in there and preach hate … I also want to hear, which I heard a bit of from the prime minister, that we do want to try, if we possibly can, to stop some of this stuff being there, freely available on the Internet. That is an absolute minimum.”

The attack, which is the third Britain has experienced in the last three months, took place late Saturday night when a van drove into pedestrians on London Bridge. Three men exited the van and reportedly attacked people at bars and restaurants in Borough Market. At least seven people were killed and dozens injured.

British Prime Minister Theresa May said in a press conference Sunday morning that while the recent attacks are not linked by “common networks,” they are connected by the “single, evil ideology of Islamist extremism.” Additionally, she called for the country to come together to combat the threat of terrorism. Saturday’s attack comes less than one week before the U.K. general election, where May’s Conservative Party has a thinning lead.

Farage noted that while the U.K. has dealt with terror issues in the past—specifically with the Irish Republican Army— he has noticed a recent change of attitude among Britons.

“Every time one of these [attacks] happens, our leaders show their regret, their sorrow, their astonishment and their shock,” he said. “I think we’re a little bit less shocked than we used to be. We’re kinda getting used to this, which is very, very bad news indeed. And I think people are beginning to say ‘what are our leaders actually going to do?’ Just expressing sorrow, just talking and using words like ‘solidarity’ simply isn’t enough.”

President Donald Trump responded to the attacks via Twitter, criticizing London Mayor Sadiq Khan’s response and suggesting political correctness was a factor in the latest round of terror attacks.

"We must stop being politically correct and get down to the business of security for our people. If we don't get smart it will only get worse,” Trump said in a tweet Sunday morning.

We must stop being politically correct and get down to the business of security for our people. If we don't get smart it will only get worse

Later, the president tweeted: “At least 7 dead and 48 wounded in terror attack and Mayor of London says there is "no reason to be alarmed!"

At least 7 dead and 48 wounded in terror attack and Mayor of London says there is "no reason to be alarmed!"

“[Trump] is absolutely right to be committed to attempting to make America safer and it’s absolutely wrong that judges and some on Capitol Hill are trying to stop him,” Farage said. “He is trying to stop your country from going down this route. He is right.”