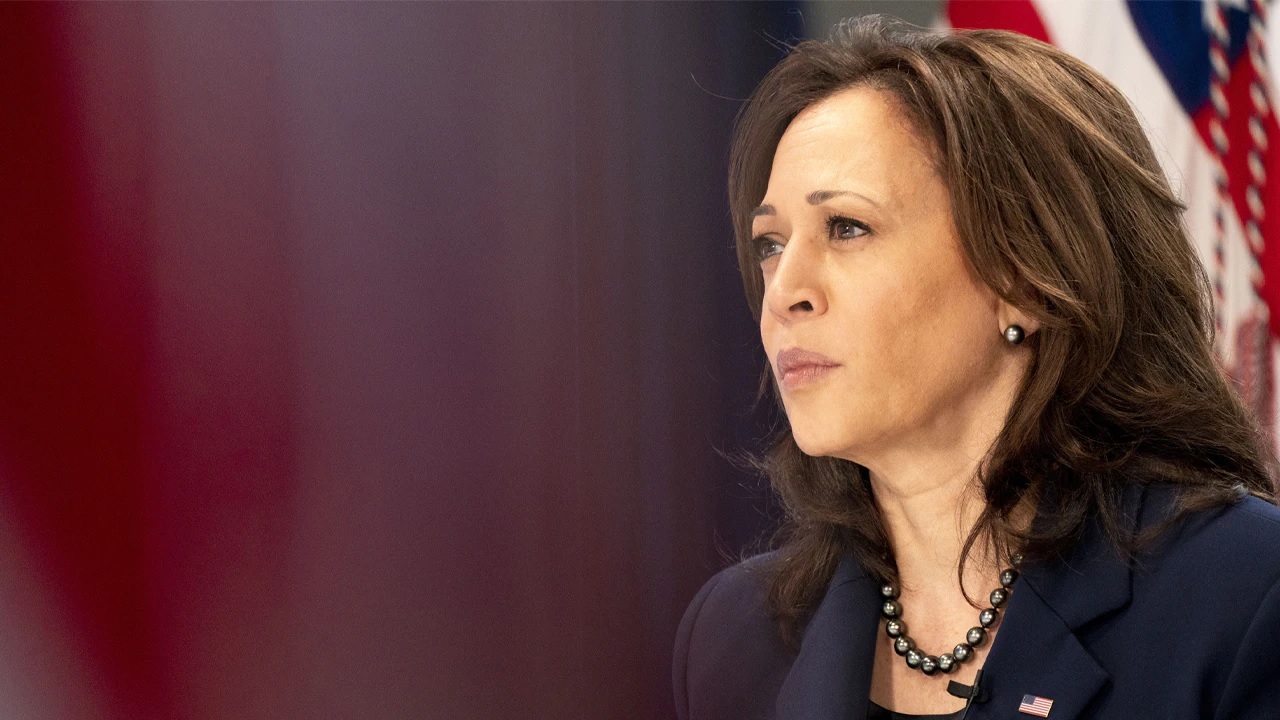 Vice President Kamala Harris pays her respects in a Congressional Tribute for USCP Officer William Evans as he lies in honor in the Capitol Rotunda.

Vice President Kamala Harris said the coronavirus pandemic highlighted the importance of "care infrastructure" in the United States, calling it "the bridge to building a business," saying the Biden administration is working to "reimagine our economy" in a way to support all American entrepreneurs.

In an essay for Forbes, titled "Kamalanomics: Vice President Harris Outlines Her Vision Of Inclusive Entrepreneurship," Harris said the pandemic "exposed the flaws and fissures in our economy," citing the small businesses that were forced to close and the nearly 2 million women who have been "forced out of the workforce."

"In this moment, more than repair, we must reimagine. And after providing $60 billion in relief to small businesses, we must work to broaden access to capital and remove other barriers to success for entrepreneurs across the country," Harris wrote.

President Biden and his administration have been pushing his new spending plan. The American Jobs Plan and the American Families Plan initiatives would invest billions in what the administration defines as infrastructure – including roads and bridges, as well as transit systems, broadband and green energy – and would vastly expand the government's social safety net. The plans would be paid for with a slew of new tax hikes on wealthy Americans and corporations. Combined, the plans are projected to cost nearly $4 trillion. Meanwhile, the U.S. national debt has soared over $28 trillion, with an official federal budget deficit over $3 trillion.

"For women entrepreneurs—and all entrepreneurs—the pandemic has highlighted the importance of our nation’s care infrastructure," Harris wrote. "For so many, care is the bridge to building a business."

"In the face of the unimaginable, America’s entrepreneurs made the choice to reimagine their businesses," she continued.

"Today, our nation must reimagine our economy, so that every American entrepreneur can launch and grow an enterprise," Harris wrote. "It is in this reimagining that we will remain competitive—and come out of this pandemic stronger than before."

Biden has also proposed strengthening unions and raising the minimum wage to $15 an hour while discussing his plan to modernize infrastructure and ensure every American has "high-speed internet, building ports, roads and bridges" while interest rates are low.