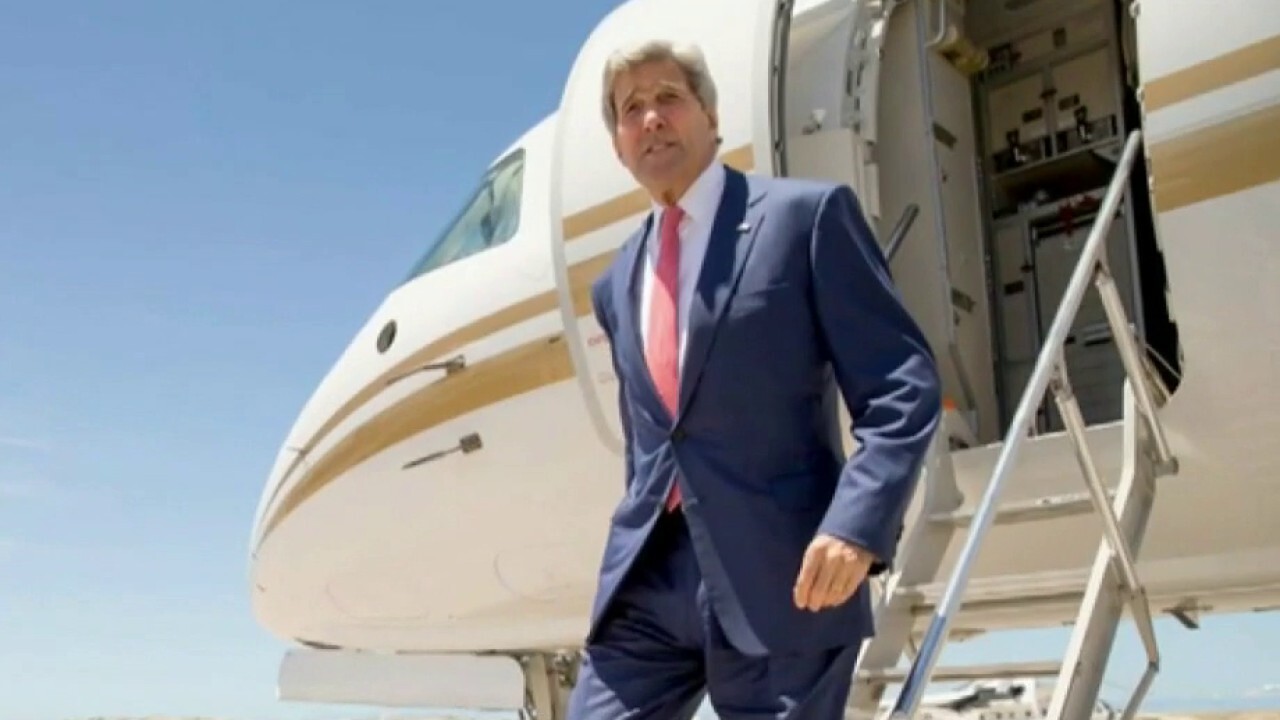 John Kerry, the U.S. special presidential envoy for climate, on Wednesday justified the Biden administration’s focus on getting China to cooperate in the climate change fight over addressing China's genocide of its Uyghur minority.

During an interview with Bloomberg's David Westin, Kerry was asked, "What is the process by which one trades off climate against human rights?"

"Well, life is always full of tough choices and the relationship between nations," Kerry responded.

The former secretary of state recalled when former President Ronald Reagan met with Soviet Union President Mikhail Gorbachev at the Reykjavík Summit in 1986, which ultimately resulted in the 1987 Intermediate-Range Nuclear Forces Treaty between the two countries. Kerry said Reagan "thought the Soviet Union was the Evil Empire" and yet still was able to sit down at the table.

"The point I’m making is that even as there were egregious human rights issues, which Ronald Reagan called them out on it, we have to find a way forward to make the world safer, to protect our countries and act in our interests," Kerry said.

"We can do and must do the same thing now," he continued. "Yes we have issues, a number of different issues, but first and foremost, this planet must be protected."

Kerry made headlines Monday after it was reported he disclosed millions of dollars in Chinese investments held by his wife's family trust.

Kerry's latest filing with the Office of Government Ethics (OGE) in March shows his wife benefits from an investment of "at least $1 million" in a hedge fund that specializes in private partnerships and investments with Chinese government-controlled funds, the Daily Mail reported.

Earlier this year, Kerry was asked by Rep. Christopher Smith, R-N.J. whether he had discussed slave labor with China's climate change envoy, prompting him to say, "That's not my lane. My lane is very specifically is to try and get the Chinese to move what we need to do with respect to climate itself."

During the same House Foreign Affairs Committee hearing, Kerry acknowledged that obtaining solar panels from Xinjiang, China is a "problem" due to the forced labor reported in the area and said, "Xinjiang Province not only produces some of the solar panels that we believe are being in some cases produced in forced labor by Uighur[s], but also there are significant amounts of a certain rare earth mineral that's used in the solar panels themselves."

Kerry's comments about prioritizing the climate over China's ongoing genocide against its Uyghur population echoed those of House Speaker Nancy Pelosi, who said last week that opening a dialogue with China on climate change must take priority as the "overriding issue."

"The situation with China is tightening, it’s getting worse," she said at an event in Cambridge, England.

Pelosi, D-Calif., pointed to human rights abuses – including the Uyghur genocide in western China – security threats and economic challenges China poses for the U.S. but said those issues were subsidiary compared to climate change.

"With their military aggression in the South China Sea, with their continuation of genocide with the Uyghurs in Xinjiang province, with their violation of the cultural … religious priority of Tibet, with their suppression of democracy in Hong Kong and other parts of China as well – they’re just getting worse in terms of suppression," the House speaker said.

"Having said all of that… we have to work together on climate," Pelosi added. "Climate is an overriding issue, and China is a leading emitter in the world – U.S. too, developed world too – but we must work together. We have to have a level of communication, whether it’s COVID, whether it's terrorism or whether it's climate."