Rep. Jim Jordan, R-Ohio, called the latest elections a big 'win' for America as voters across the nation reject the Democrats' radical agenda.

Rep. Jim Jordan, R-Ohio, ripped Democrats for their "crazy" agenda, arguing "everything they've touched has been a mess." The Ohio congressman appeared on "Mornings with Maria" on Monday, highlighting the recent GOP election night victories as a rejection of the far-left agenda.

JIM JORDAN: One thing about Democrats is they just keep going, no matter what the voters say, they just keep doing their crazy radical agenda, and it is why Joe Biden's at 38% approval rating, because everything they've touched has been a mess. We went from a secure border to chaos. We went from energy independence to the president begging OPEC to increase production. We went from safe streets to crime, going up in every major urban area. We went from stable pricing to record inflation and supply chain delays. So I mean, it's all a mess. But they don't care... They're the hard left and they just keep going in the direction they are. The voters spoke up loud and clear, and God bless them on Tuesday... It turns out the American people don't really like defunding the police and don't like government saying that they're smarter than parents. So Tuesday night was a big win for America, but the Democrats in Congress, they're just going to continue their crazy left agenda. And as I said before, unless Sen. Sinema and Sen. Manchin hold strong and we don't get this ridiculous energy spending and ridiculous tax increases that are contained in this next bill. 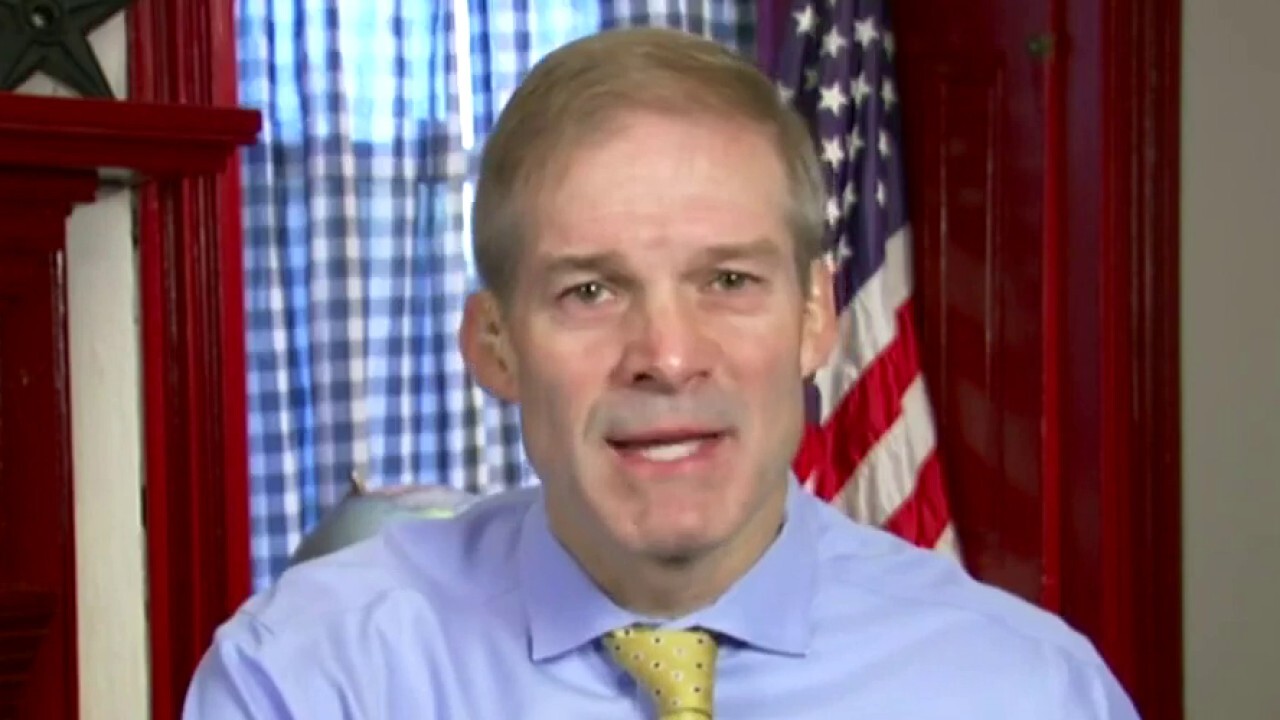 Jim Jordan torches Dems over infrastructure bill: 'Everything they've touched has been a mess'