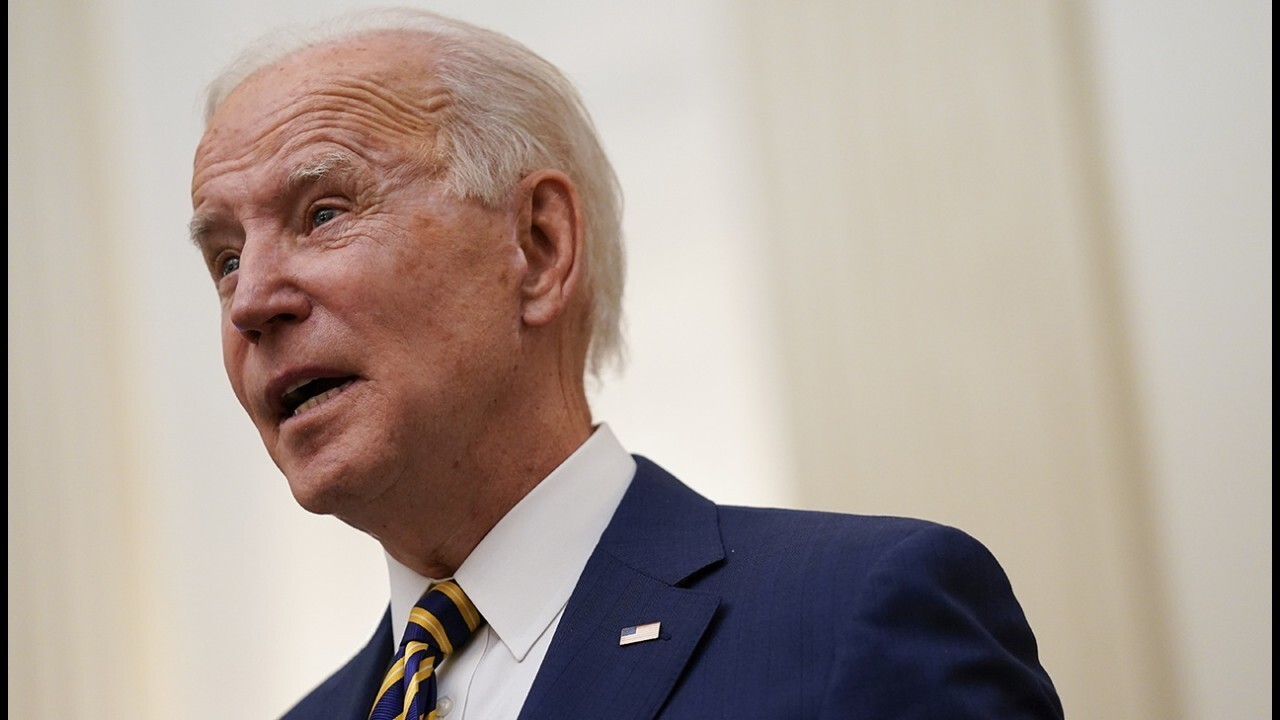 Congressman Jogn Katko joins ‘The Evening Edit’ to take a closer look at inflation and supply chain issues as it continues to worry the American people.

Sen. Lindsey Graham, R-S.C., blasted the Biden administration Tuesday for nominating Gigi Sohn to lead the Federal Communications Commission, which he said would be "a complete nightmare."

"While I have been deferential to all presidents when it comes to picking their team, I have also pushed back on unqualified nominees and hacks," Graham said in a statement.

"Gigi Sohn is a complete political ideologue who has disdain for conservatives. She would be a complete nightmare for the country when it comes to regulating the public airwaves," Graham continued.

"I will do everything in my power to convince colleagues on both sides of the aisle to reject this extreme nominee," he added.

Graham's tweets came in response to the Wall Street Journal's editorial board's rebuke of her selection. The Journal described Sohn as a "progressive partisan" who "favors deploying the agency’s regulatory power to shackle broadband providers and silence conservative voices."

Sen. Lindsey Graham, R-S.C., leaves the chamber as the Senate advances to formally begin debate on a roughly $1 trillion infrastructure plan, a process that could take several days, at the Capitol in Washington, Friday, July 30, 2021. (AP Photo/J. Sc (Associated Press)

Sohn, who was an FCC official during the Obama administration, founded the liberal group Public Knowledge, which has favored more government oversight of the internet.

US GOVERNMENT WANTS A GREATER ROLE IN HOW AMERICANS ACCESS INTERNET

FILE - In this Dec. 14, 2017, file photo, the seal of the Federal Communications Commission (FCC) is seen before an FCC meeting to vote on net neutrality in Washington. (AP Photo/Jacquelyn Martin, File)

Sohn has also personally signaled an antipathy toward conservative media as well as an openness to revamp the fairness doctrine.

"For all my concerns about #Facebook, I believe that Fox News has had the most negative impact on our democracy," Sohn tweeted in October 2020. "It’s state-sponsored propaganda, with few if any opposing viewpoints."

The Senate Commerce Committee is planning to hold a confirmation hearing for Sohn next week, according to the Journal, though no hearing is officially on the schedule.

The Biden administration has made expanding broadband access a key part of its agenda.

"Broadband is the gateway to economic opportunity. And so, in order to open that gateway, we’re putting equity at the center of everything we do," Commerce Secretary Gina Raimondo said during a Tuesday briefing at the White House.