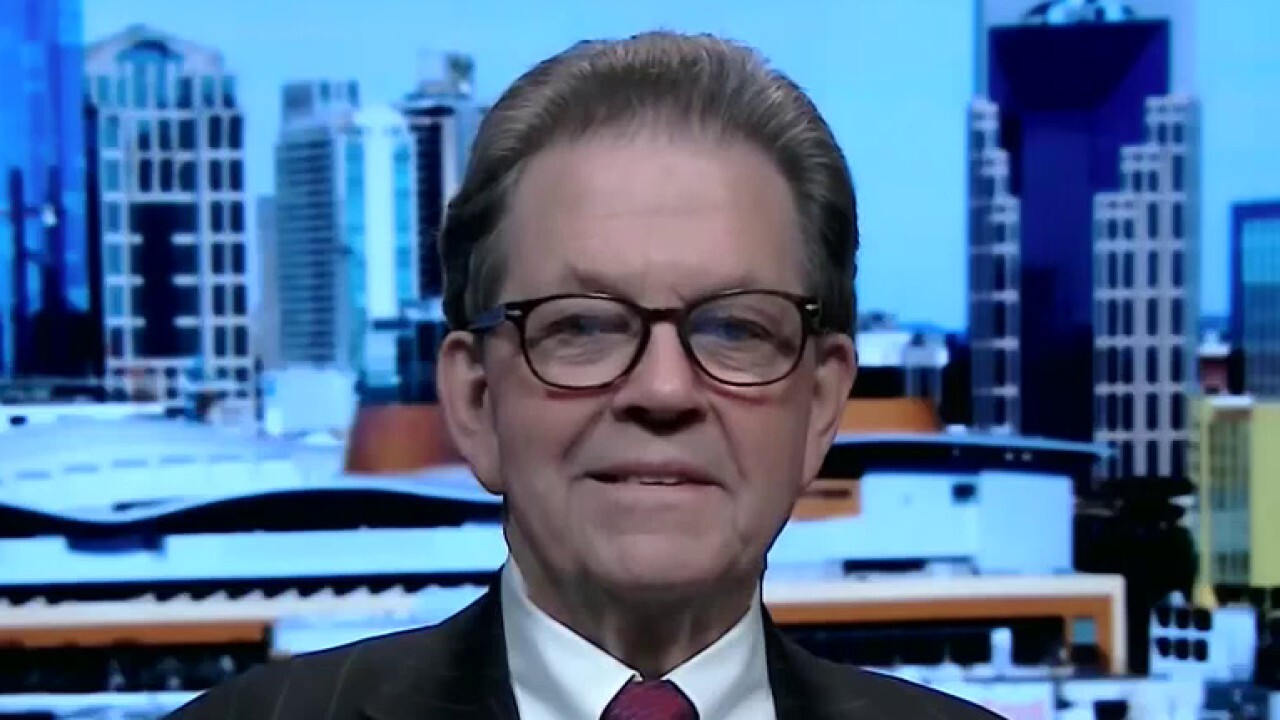 Funding for the government runs out just before midnight Friday and Congress is not even close to passing a bill to avert a shutdown.

"The vaccine mandate is going to shut down our businesses in this country, which is going to further disrupt" the economy, Sen. Steve Daines, R-Mont., told FOX Business Wednesday.

He's one of a handful of Republican senators demanding that a continuing resolution includes a provision to withhold funding from the enforcement of COVID-19 vaccine mandates by the Biden administration.

Sen. Mike Lee is one of the leaders of an effort to force Congress to suspend vaccine mandates in its continuing resolution.  (Erin Schaff-Pool/Getty Images / Getty Images)

Part of the reason a shutdown appears to be imminent is that Congress didn't come to a deal on what the continuing resolution would look like until Thursday morning. House Appropriations Committee Chairwoman Rosa DeLauro, D-Conn., announced the House will consider it later Thursday.

"To build pressure for an omnibus, the CR includes virtually no changes to existing funding or policy," she said. "However, Democrats prevailed in including $7 billion for Afghanistan evacuees. The end date is Feb. 18. While I wish it were earlier, this agreement allows the appropriations process to move forward toward a final funding agreement."

I trust my colleagues to vote their heart. I just hope they take their brains with them.

That agreement, which was primarily negotiated by Senate Majority Leader Chuck Schumer, D-N.Y., and Minority Leader Mitch McConnell, R-Ky., satisfies most of Republican leaders' demands. Those were primarily that the bill – which preserves Trump-era funding levels – go to February instead of January, and that it not include funding or policy changes.

McConnell has insisted in recent days that the government won't shut down.

"I think we're gonna be OK," he said Wednesday.

But just because McConnell and Schumer have an agreement does not mean Lee, Daines and other Republicans are on board. And those senators can still cause a shutdown by refusing to grant unanimous consent for the Senate to blow past its standard operating procedures.

If they demand the chamber do its work by the book, Democrats will have to file cloture to start debate and end debate on the bill – a process that could drag as long as Wednesday if those GOP senators exhaust all the procedural tools available to them.

Sen. Steve Daines said he'd rather shut down the government than allow vaccine mandates to go into effect.  (Anna Moneymaker/Pool via REUTERS/File Photo)

"They're trying to shut down the American workforce. Between a quarter and a third of the workers in many, many states are currently at risk of losing their jobs… under the dictatorial command of a president acting outside the scope of his statutory or constitutional authority," Lee said on the "Mark Levin Show" Wednesday.

Lee and Daines both signed a letter led by Sen. Roger Marshall, R-Kan., last month demanding that any continuing resolution block vaccine mandates. But not all of the senators who signed the letter are still on board.

"My position on it was to get people that have the opportunity to go over the Constitution and make a decision. Now we've got judges looking into – we've had three federal judges – I'm good with that," Sen. Tommy Tuberville, R-Ala., said Wednesday. He also signed the letter.

Sen. John Kennedy said Wednesday he is against shutting down the government. (Kevin Dietsch/Pool via AP / AP Images)

Sen. John Kennedy, R-La., who didn't sign the letter, said shutting down the government was simply not a smart thing to do for any reason.

"I'm concerned about the mandate but I'm not going to shut down the government. And I do think some of my colleagues have concerns and I share them. We need to keep government open," Kennedy said. "I trust my colleagues to vote their heart. I just hope they take their brains with them."

Some GOP sources told Fox News that a vote for an amendment blocking a vaccine mandate at a 50-vote threshold was one possibility to unlock the Republican cooperation necessary to speed along the continuing resolution before Friday night. The Senate previously voted for such an amendment at a 60-vote threshold.

But it's not clear Lee and other Republicans will be satisfied with anything less than full passage of a provision blocking vaccine mandates.

"I would encourage you to talk to Senator Lee about what you know and satisfy him," Sen. Kevin Cramer, R-N.D., said when asked what the Senate could do to prevent a shutdown.