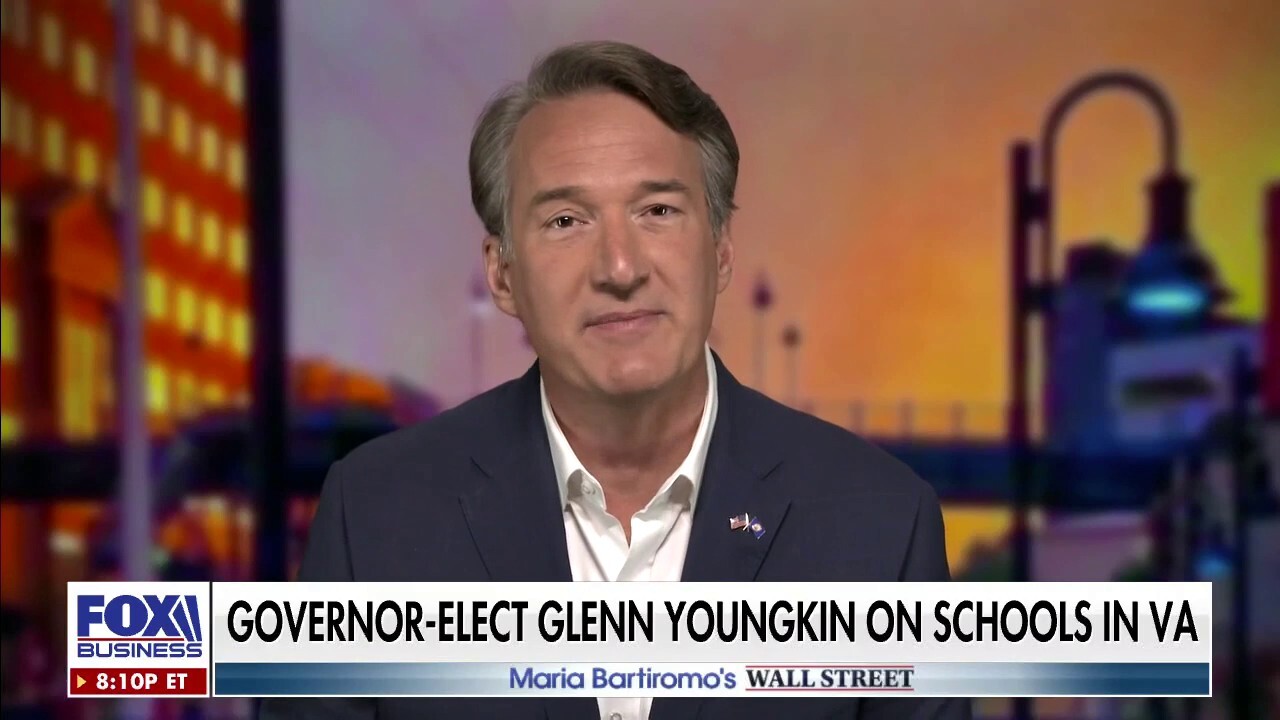 Glenn Youngkin, the governor-elect of Virginia, on the importance of schools and education in his state.

Will Ritter says the phone’s been ringing off the hook since now Gov.-elect Glenn Youngkin's victory a week and a half ago in Virginia, where Republicans hadn't won statewide in a dozen years.

Ritter is a co-founder and CEO of the Poolhouse Agency, the team that created and produced roughly 40 ads for Youngkin, a first-time candidate who edged former Democratic Gov. Terry McAuliffe of Virginia. The race attracted heavy national attention and is seen as a bellwether ahead of next year’s midterm elections.

"Candidates and people who are looking to be candidates are obviously interested in how Youngkin did things differently and eager to get some tips, get some advice," Ritter told Fox News this week.

"We’re proud of all the work we’ve done," Ritter noted. But he acknowledged that "it’s fun to do a big race in an off-year election where a lot of people are paying attention. We’re really proud of what we were able to do."

"One thing that Youngkin did very smartly was getting started earlier, particularly with media," Ritter emphasized. "That means if you’re running in ’22 you need to be thinking how you’re going to get your message to people as soon as possible."

Ritter said that a key part of their strategy for Youngkin "was really about sticking to three core issues (safety, education and cost of living) and finding creative ways to talk about those three core issues."

Virginia Gov.-elect Glenn Youngkin with the Poolhouse Agency leadership. From left to right: Will Ritter, Danny Laub and Tim O'Toole.

Ritter said the Poolhouse team did an analysis of past Virginia gubernatorial elections, and "overwhelmingly better poll numbers and better results on Election Day had a relationship to how positive you were and how early you started."

"Because Glenn was a positive guy with a positive message it was pretty easy to say in these three buckets of safety, education, cost of living, what are creative ways we can frame the race and drive the conversation so we aren’t just answering press questions and attacks that we knew were going to come from a political animal like Terry McAuliffe," Ritter noted.

He added that another part of "the strategy was to frame the race as bigger than Republican versus Democrat, but outsider versus status quo. We did that with an eye catching ad at the beginning where Glenn was walking through a bunch of zombie like career politicians in a concept spot. We also ended the campaign with a version of that, but this time he was marching with regular Virginians."

Ritter emphasized the goal was to come up with "creative approaches that cut through the clutter."

In the wake of Youngkin’s victory, national Republicans see his emphasis on tapping into the anger of parents over decisions by their local school boards as a blueprint of how to run campaigns in next year’s midterms, when the GOP aims to win back majorities in the House of Representatives and Senate.

Amid a year and a half of frustration over school closures and mask mandates due to the coronavirus pandemic and the push by conservatives nationwide to target race-focused curricula, Republicans now see education and parents’ rights as a winning issue to try and recapture suburban voters who fled the GOP during Donald Trump’s White House tenure.

An unforced error by McAuliffe further fueled the GOP fire, as Republicans quickly spotlighted a clip from the second and final debate between the two candidates where the former governor said, "I don’t think parents should be telling schools what they should teach."

"I think everybody on the campaign knew it immediately. Phones started ringing. Email traffic started buzzing. Heck, Twitter started telling me to make it into an ad. Random people who just watched the race," Ritter recollected.

The McAuliffe gaffe was a gift to Poolhouse.

"The thing about criticizing your opponent, voters hear a lot of it and they take it with a grain of salt. If you say that someone’s not with parents, it’s your opinion and you’re obviously politically biased to say that," Ritter said. "But we had a clip with him in his own words saying something that was clearly taking sides against parents and schools."

"I think the worst thing that Terry did was that he did not try to fix it. He doubled down on it for a month. And then he put out an ad whining about being taken out of context," Ritter argued.

And Ritter argued the case that McAuliffe "didn’t learn the lesson that parents were sick of a year of being bullied around and feeling like they didn’t have control over their schools and the curriculum, and we took advantage of that."

Looking forward, Ritter said the Poolhouse team is "excited for the next cycle."

"Let’s get with people, and instead of sitting around and waiting to see where the political winds blow, just start saying what you believe in," he said. "Keep it simple, keep it creative, and if we can have a chance to do that for good people and good candidates as often as we can, we’re going to do it."