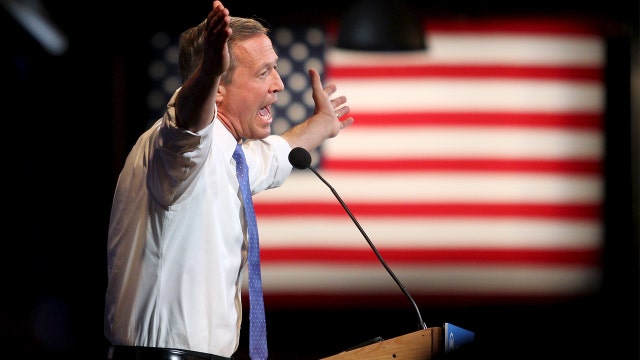 Fmr. Gov. Martin O'Malley talks to FOXBusiness.com's Jade Scipioni about Wikileaks and his future in politics.

After months of silence, former Democratic Presidential candidate and Maryland Governor Martin O'Malley re-emerges at the Democratic National Convention and he is outraged that Americans are shrugging off the email hack by Russians on the Democratic party.

"I'm outraged that the Russians would be happy burglarizing the emails of a major party to try to affect the outcome of our Presidential election. That's what I'm really outraged about. And, I think that all of us should be. This is very serious and an unprecedented development in our country. I think we should be outraged by the Russian behavior," O'Malley tells FOXBusiness.com.

While the content of the emails doesn't surprise him, he is shocked by the reaction of the American people.

"We all shrug of Russian dirty tricks being interjected into our Presidential race. That outrages me as Americans, we can't take this lying down," he adds.

O'Malley is scheduled to take center stage Wednesday night to show his support for Hillary Clinton.

"I'm going to work my tail off for Hillary Clinton and Tim Kaine," he adds. "I believe our country is in a very vulnerable spot. All around the world, we see people expressing their angers in ways with the electoral systems that hurt their own countries. We saw that happen in Britain and that could happen there."

O'Malley suspended his Presidential campaign in February after finishing third in the Iowa caucus.

"I'm going to be doing a little teaching in the fall and I'm also leading the Smart Cities Initiative. There is so much good that is happening in local governments and city governments."

"I hope to work for Hillary's re-election."