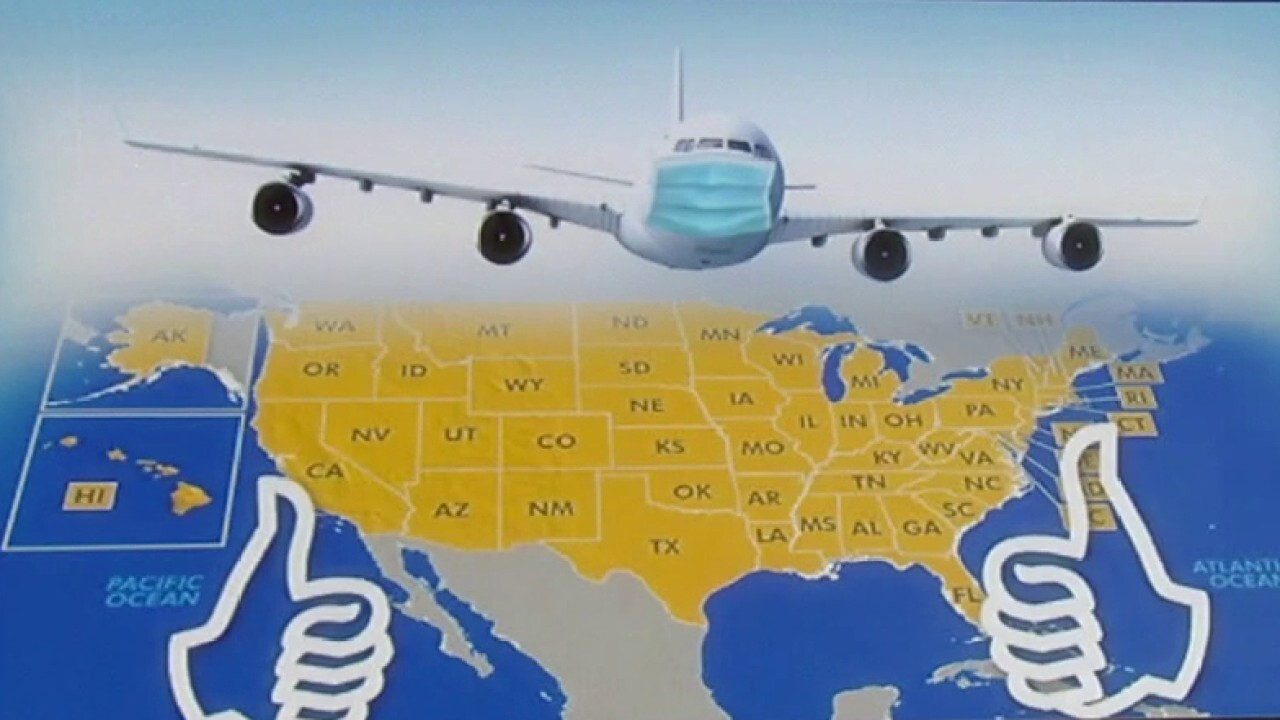 Chris Barron, Kat Timpf and Richard Fowler join 'Kennedy' to discuss the rise in disruptive airline passengers across the nation

The Federal Aviation Administration on Tuesday urged representatives of major U.S. airlines to come up with ways they can do more to help stop the surge of reported "unruly" passenger incidents – and asked them to lay out those plans in a matter of days.

The agency sat down with industry groups including Airlines for America and the Regional Airline Association, saying in a statement following the meeting that the FAA had "asked the airlines to commit to take more action and tell the FAA in a week the additional steps they will implement during the next month to curb unruly behavior," according to Reuters.

Airlines for America told FOX Business that the organization is on board with the FAA's initiatives "aimed at preventing and responding to unruly passenger incidents," and that it took issue with how the gathering was presented by some in the press.

"The narrative in media coverage following today’s meeting with the FAA was misleading at best and not at all reflective of the collaborative conversations and cooperative steps that have been taken over the past several months," Airlines for America said in a statement. "We are surprised by reports that are not consistent with the tone or substance of today’s meeting and are destructive to the spirit of trust and partnership that has been cultivated between our government partners and industry. Further, such reports do not productively address the issue and distract from our joint mission to prioritize the safety of all travelers."

Both Airlines for America and the FAA pointed FOX Business to FAA Administrator Steve Dickson's tweet following the meeting, which read, "Let me be clear: Aviation safety is a collaborative effort. Thank you to @AirlinesDotOrg @RAAtweets and NACA for your continued partnership and substantial work to help reduce unruly behavior. Look forward to continuing our work together to protect passengers and crew."

The FAA's appeal for assistance from airlines is its latest move in a crackdown against passengers that don't follow mask guidelines or who become violent on flights. Last month, Dickson wrote a letter asking airports to ramp up arrests when incidents are reported and to step up enforcement of alcohol violations. The agency earlier this year issued a zero-tolerance policy and has imposed hefty fines totaling more than $1 million against passengers found to be responsible for in-flight disturbances. The Biden administration moved recently to double such fines for mask violations.

There has been an unprecedented surge in violent and disorderly passenger reports this year, fueled largely – but not entirely – by mask violations as frustrations mount over continued regulations aimed at curbing COVID-19 on commercial flights.

In one incident, a woman allegedly shoved a flight attendant who had asked her to wear a mask, and the FAA proposed a civil penalty of $20,000 for the purported offense. In another, a flight had to be diverted because a passenger allegedly yelled at attendants and began banging on the door of the flight deck demanding that the phone charger in her seat be fixed.

There have also been a number of incidents where travelers causing an in-flight stir have been subdued using unconventional methods. Earlier this year, a man accused of punching a male flight attendant and groping two female attendants while purportedly intoxicated on a flight was eventually duct-taped to his seat in order to restrain him.

Fox News' James Leggate, Ann Schmidt and Greg Norman contributed to this report, which has been updated to add Airlines for America's response.