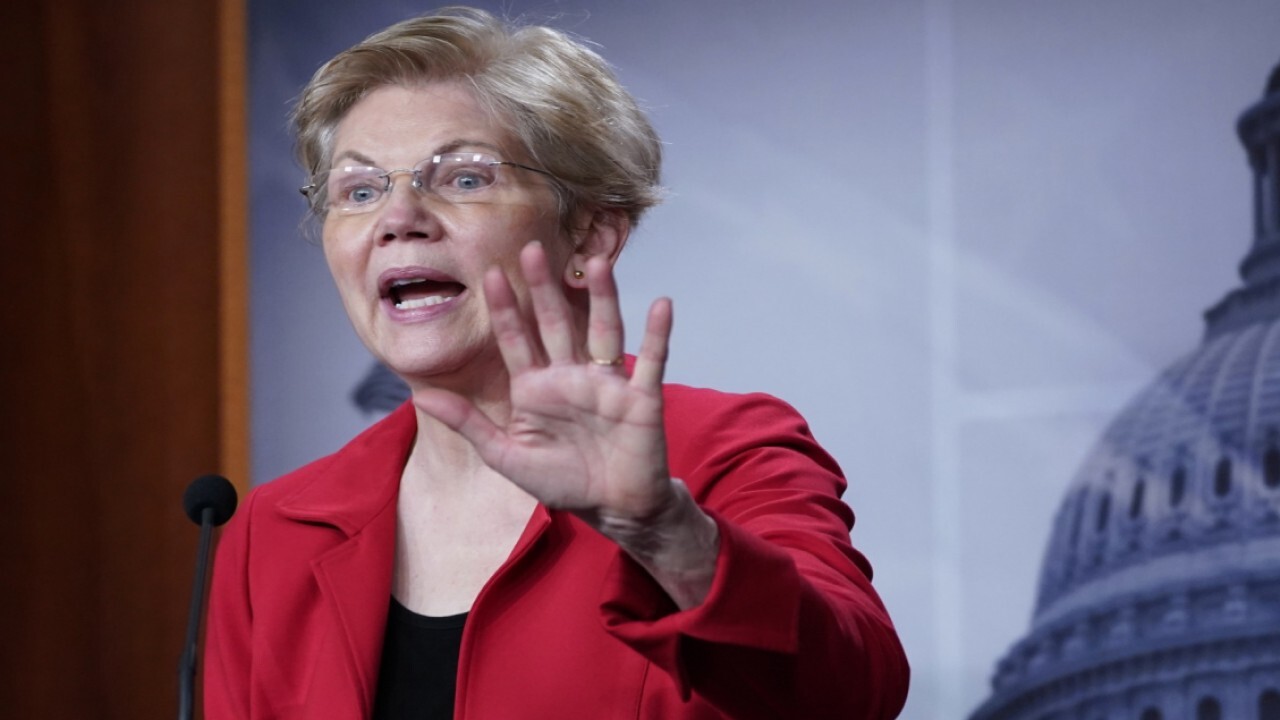 Sen. Elizabeth Warren unveiled a proposal on Monday to nearly triple the budget of the Internal Revenue Service in order to crack down on wealthy Americans who are dodging their taxes.

The Massachusetts Democrat called for giving the IRS a mandatory annual budget of $31.5 billion – up from the $11.9 billion the agency received in fiscal 2019. The legislation, dubbed the Restoring the IRS Act of 2021, would permanently remove the agency's funding from the annual appropriation process, ensuring that it would remain the same regardless of which political party controlled Congress.

"Strengthening the IRS’s ability to go after wealthy tax cheats will not only require more funding, but more stable funding," Warren said in a news release. "Mandatory funding would provide funding on an ongoing basis, ensuring that the IRS budget is steady, predictable, and sustained – money that lobbyists can’t easily strip away."

Warren cited a recent paper that estimates the top 1% of households fail to report about 21% of their income, with 6 percentage points of that due to "sophisticated evasion" strategies that federal audits don't detect, including offshore accounts and private businesses. Collecting all unpaid federal income tax from the wealthy would boost federal revenues by about $175 billion annually.

Warren's proposal echoes many provisions recently championed by the Biden administration, which is pushing to increase IRS funding by an additional $80 billion.

In a 22-page report issued on Thursday, the Treasury Department said that investing $80 billion in the IRS could shrink the "tax gap" – estimated at roughly $584 billion in 2019 – by about 10% over the next decade. The tax gap, or the difference between taxes legally owed and those collected by the IRS, is expected to surge by $7 trillion over the next decade.

The White House's estimates on how revenue it could generate from increasing the IRS budget far exceeded projections by the nonpartisan Congressional Budget Office. But Treasury officials said the tax gap could be higher than their estimate – which they called conservative – because it's so difficult to calculate.

IRS Commissioner Chuck Rettig previously suggested during a hearing on Capitol Hill that about $1 trillion in taxes goes uncollected each year.

The IRS has 20,000 fewer staff than it did in 2010, and its budget is roughly 20% less than it was in 2010, when adjusted for inflation, according to the Congressional Budget Office.

The neutering of the agency has led to a substantial decline in the number of individual audits performed each year: The IRS audited just 0.45% of individual tax returns in fiscal 2019, according to a recent Treasury Department report, or roughly 1 out of every 225 individual returns. Nearly half of those returns belonged to filers who claimed the Earned Income Tax Credit. That figure is down from 0.59% in 2018 and 1.11% in 2010.