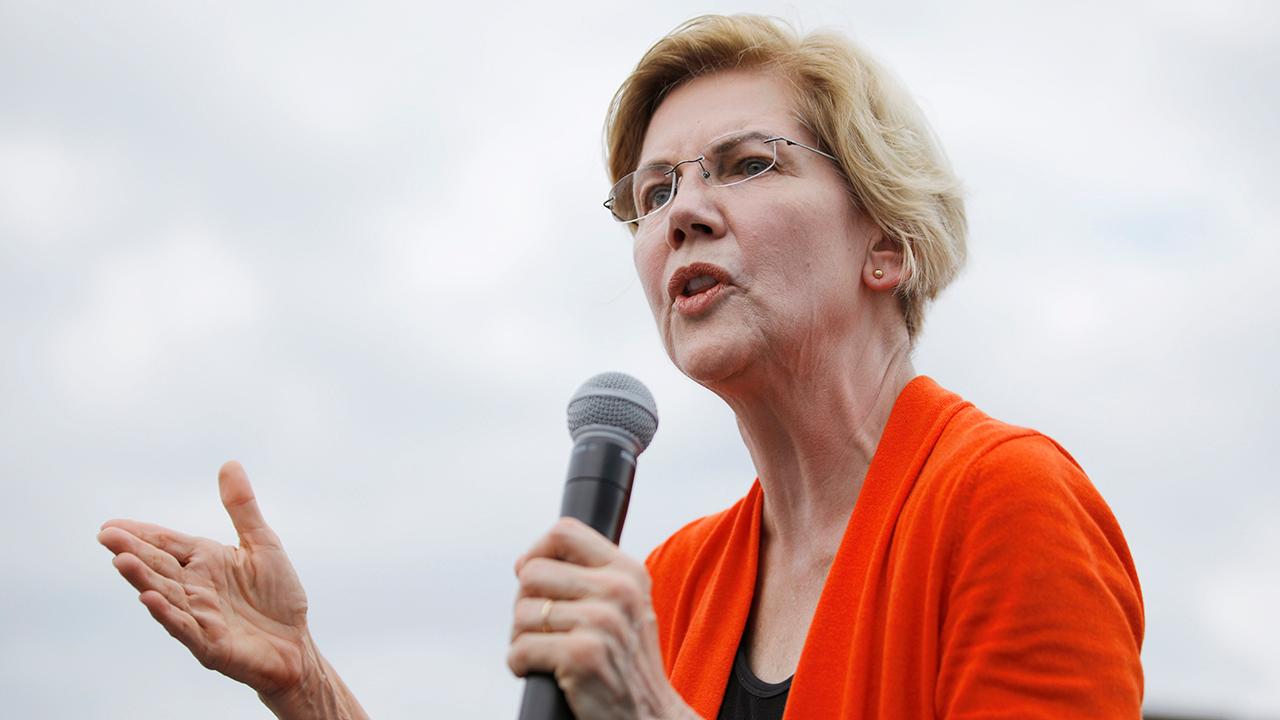 WASHINGTON — Joe Biden accused Elizabeth Warren last year of holding an “angry, unyielding viewpoint.” She embraced that label and slammed Biden as “naive” for thinking he could work with Republicans as president. She warned Democrats against picking a “Washington insider” and pointedly refused to endorse Biden until weeks after exiting the race.

Now, those bitter primary clashes are a distant memory.

Warren, a Massachusetts senator and leading progressive, has become an unlikely confidant and adviser to Biden, the presumptive Democratic presidential nominee. They talk every 10 days or so, according to aides to both politicians who spoke on condition of anonymity to freely describe their relationship. Those forums have provided opportunities for Warren to make a case on top policy issues to Biden, who ran a more centrist primary campaign.

Warren, meanwhile, is lending Biden her progressive credentials and frequently hosts campaign events for him, including one recent fundraiser that brought in $6 million. Only former President Barack Obama secured a greater haul.

Vanquished presidential hopefuls are often called on to rally around the nominee, especially if they want to become vice president, a role Warren has expressed interest in. But the relationship between Warren and Biden is notable given that they were never particularly close before. It also illustrates a more pragmatic side of Warren, whose presidential campaign was built around economic populism that championed everyday Americans over the rich with the slogan “Dream Big. Fight Hard.”

“She’s interested in problem-solving. She’s more practical than she sometimes seemed during the campaign,” said Deval Patrick, the former Massachusetts governor who briefly ran for president himself. “She fights for the outcome, but because she’s so smart and she’s so creative, she can think of more than one way to get there.”

Biden has promised to pick a woman as his vice president and has faced pressure from African American activists to choose a Black running mate as an acknowledgment of their political importance and a response to institutional racism. Warren, who is white, nevertheless remains a finalist.

Even if Warren isn't chosen, she could easily take on the role of reasury secretary or lead the Federal Reserve, where chair Jerome Powell's term ends in 2022. That would ensure Warren continues to be an important voice in a Biden administration.

Adam Green, a close Warren ally and co-founder of the Progressive Change Campaign Committee advocacy group, said the health and economic fallout of the coronavirus has made the policies she championed as a presidential candidate more vital than ever. He said her strength is “pulling and pushing the levers of power to maximize big results” no matter "the hand she happens to be dealt at the time.”

Warren displayed that adaptability with other rivals during the primary, incorporating into her campaign key parts of Washington Gov. Jay Inslee’s climate plan, New York Sen. Kirsten Gillibrand’s family-leave proposal and California Sen. Kamala Harris' efforts to promote abortion rights after all had left the presidential race. She also built a close friendship with former Obama administration official Julián Castro, who later campaigned around the country on her behalf.

They weren’t all feel-good moments, however. Warren feuded with former South Bend, Indiana, Mayor Pete Buttigieg, and her scalding attack on Mike Bloomberg during the Las Vegas debate was the beginning of the end for the former New York mayor's once-promising White House bid.

Indeed, it was a perceived hard edge that made Warren a star on the left long before she ran for president. Ironically, a clash with then-Sen. Biden during a 2005 congressional hearing over a bankruptcy law was the first time many Americans laid eyes on Warren, who was teaching law at Harvard University at the time. It ended with him conceding, “You're a very good teacher, professor.”

Warren later conceived of a watchdog group that became the Consumer Financial Protection Bureau and, while its creation was still being debated in Congress in 2010, suggested that a watered-down version was unacceptable. Warren said then that she'd rather have "no agency at all and plenty of blood and teeth left on the floor.” After the agency was created, Warren's polarizing nature came through when the Obama administration passed her over to become its first full-time director, fearing a Senate fight.

While running for Senate herself in 2012, Warren squared off with popular Republican incumbent Scott Brown, who tried to use the “blood and teeth” quote against her.

“This is not someone who's willing to be at all flexible and compromise on anything," said Colin Reed, a veteran of Brown's 2012 campaign. He said that now Warren has “been helpful to a guy who, in a prior life, she had been pretty disdainful of” in Biden.

“Her presidential campaign didn’t go particularly well,” Reed said. “I don’t know if this is her saying, ‘For my next political act, I have to offer something new.'”

A Warren spokesperson declined to comment for this story, and Biden's campaign has refused to speak publicly about its running mate selection process. But Warren has lately become a visible face of the Biden campaign.

During a recent virtual event meant to appeal to younger voters, she talked about her aversion to coffee by laughing at her own reputation for being extremely high energy: “Can you imagine me with caffeine?” Warren also showed off her golden retriever, Bailey, who was a staple of her own presidential campaign, declaring, “Bailey for Biden.”

During the virtual fundraiser she hosted for Biden last month, Warren described how the former vice president called after her eldest brother died of the coronavirus “when I needed some kindness and comfort.” The moment was so intimate — despite coming via video conference — that Biden responded by calling her “Elizabeth" before catching himself and going back to the more formal “Sen. Warren.”

“We're so lucky to have you on the front line," Biden said.