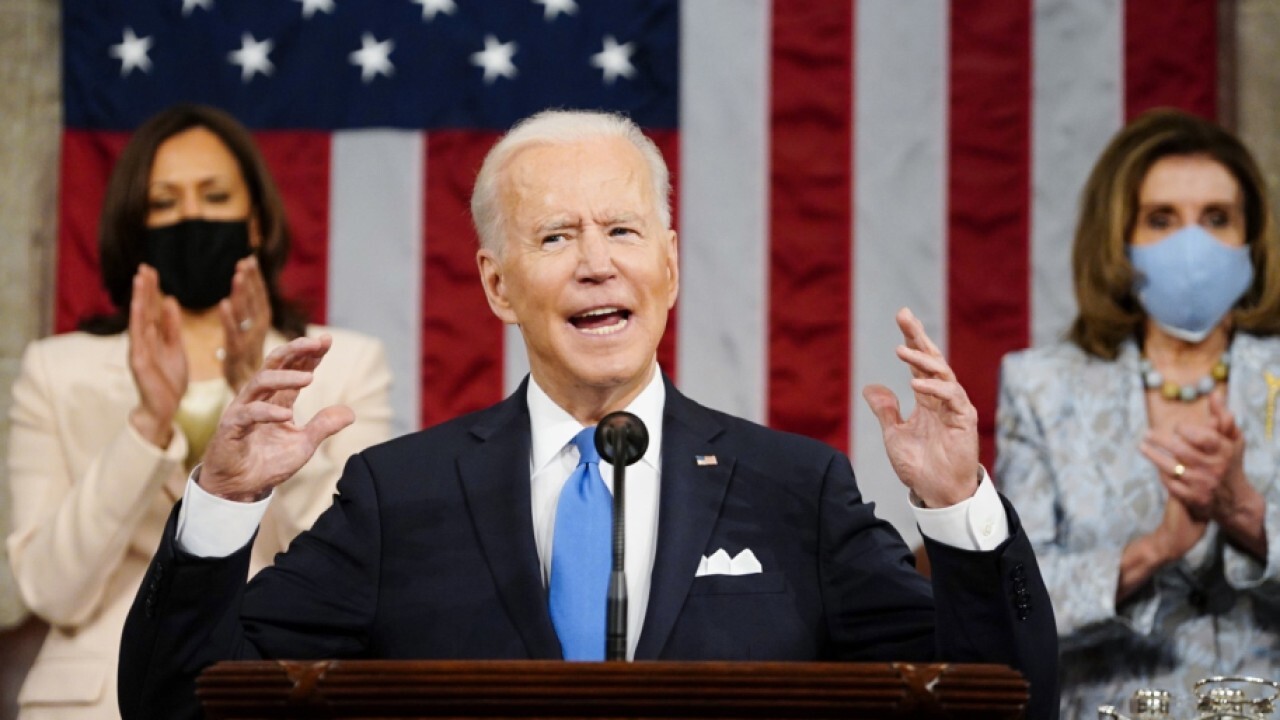 Some Democratic lawmakers on Monday reiterated their demand that President Biden's tax and spending plans include a full repeal of the state and local tax deduction limit, potentially snarling the $4 trillion proposals that are designed to redistribute trillions and dramatically expand the government-funded social safety net.

Many centrist Democrats from high-tax states such as New York, New Jersey and California have demanded that one of Biden's proposals – the $2.3 trillion American Jobs Plan and the $1.9 trillion American Families Plan – include a full repeal of the $10,000 SALT deduction cap.

"We love the president's plan to do things big and bold and build back better and make the country better than it's ever been before," Rep. Tom Suozzi, D-N.Y., said during an interview on MSNBC. "But no SALT, no deal."

That sentiment was reiterated by Rep. Josh Gottheimer, D-N.J., who said during the same interview that he would not support the $4 trillion in proposed spending unless it restored the full tax deduction.

"Know there's a lot of negotiation to go on between now and the end of this bill," Gottheimer said.

Suozzi and Gottheimer are part of the 30-member coalition of bipartisan House members who have threatened to withdraw support for any changes to the tax code in the measure unless it also included a complete restoration of the SALT deduction. Republicans imposed the $10,000 limit in 2017 with the passage of the Tax Cuts and Jobs Act. Biden has called for raising the taxes paid by corporations and wealthy Americans in order to fund his proposals, which would create universal pre-kindergarten, 12 weeks of paid leave and two years of free community college, as well as make massive investments in the nation’s ailing infrastructure.

"I don't think that we should be holding the infrastructure package hostage for a 100% full repeal on SALT, especially in the case of a full repeal," Rep. Alexandria Ocasio-Cortez, D-N.Y., said recently. She called the proposal a "giveaway to the rich" and a "gift to billionaires."

White House press secretary Jen Psaki said that if lawmakers want to restore the SALT deduction, they will need to find a way to pay for it.

"It is not a revenue raiser and so it would add costs, and potentially significantly, to a package," she told reporters. "There'd have to be a discussion about how that would be paid for what would be taken out instead. And then there's sort of a discussion of what's most important to achieving our overarching objectives."

Gottheimer previously argued in a letter to Treasury Secretary Janet Yellen that restoring the full SALT benefit could be paid for by increasing IRS enforcement and cracking down on taxes that go unpaid each year. IRS Commissioner Chuck Rettig recently estimated that tax evasion in the U.S. is about $1 trillion annually.

"Shrinking the tax gap would not only fund the full return of the SALT deduction to the hard-working families of New Jersey, but it would also provide substantial resources for infrastructure spending and encourage long-term tax compliance," Gottheimer said in the letter. "All of this would be accomplished without raising rates on families or complexity in the tax system."