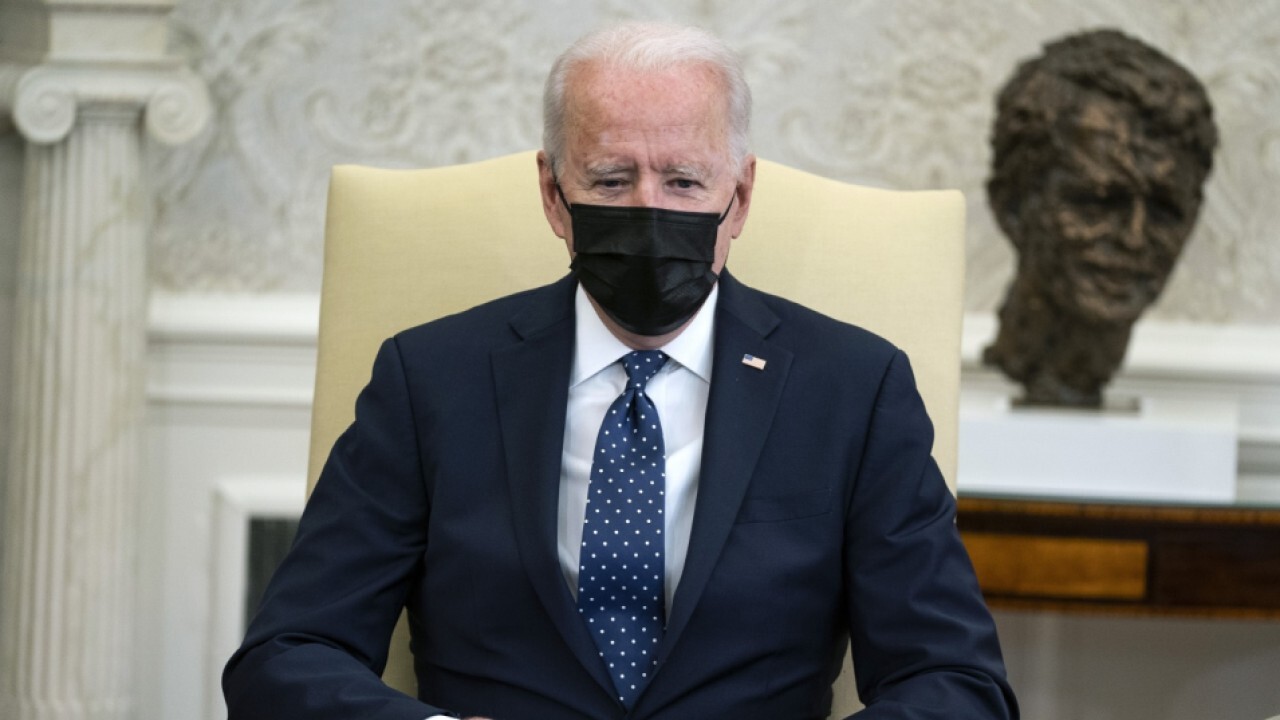 Sarah Westwood of the Washington Examiner discusses Biden's proposed tax hikes, comparing the president's proposals to those of the late Walter Mondale.

A group of Democratic lawmakers is calling on the White House to include a permanent expansion of the child tax credit in its next big-ticket economic spending package amid reports that President Biden is seeking to extend it only until 2025.

The White House is preparing to release the American Families Plan – the second part of Biden's Build Back Better agenda – this month, a measure that could cost upward of $1 trillion and is expected to focus on child care, paid family leave and other domestic issues.

That includes an extension of the expanded child tax credit through 2025 – sparking pushback from some Democratic lawmakers who want Biden to make an expansion included in the $1.9 trillion coronavirus relief package permanent. Under that legislation, Congress authorized $3,000 for every child ages 6 to 17 and $3,600 for every child under age 6. The amounts taper off once income hits $75,000 for individuals and $150,000 for married couples, and the expansion is poised to sunset this year.

A group of Democrats on Tuesday urged the White House to reconsider the 2025 deadline and support a permanent expansion of the child tax credit.

"No recovery will be complete unless our tax code provides a sustained pathway to economic prosperity for working families and children," the lawmakers said. "Permanent expansion of CTC will continue to be our priority." The coalition included Sens. Sherrod Brown, D-Ohio, Cory Booker, D-N.J., and Michael Bennet, D-Colo., as well as Reps. Rosa DeLauro, D-Conn., Suzan DelBene, D-Wash., and Ritchie Torres, D-N.Y.

But including a permanent expansion of the tax credit would likely send the cost of Biden's proposal soaring: A one-year expansion of the child tax credit will cost about $109 billion, according to one analysis from the Joint Committee on Taxation, a nonpartisan congressional body, while making the expansion permanent could cost close to $1.6 trillion, the Tax Foundation reported.

Although details remain in flux, the proposal will likely be fully paid for with new tax increases aimed at wealthy Americans and investors. Some tax increases currently under consideration include restoring the top marginal tax rate to 39.6%, where it sat before Republicans' 2017 tax overhaul, taxing capital gains as ordinary income above a certain threshold and eliminating the "stepped-up basis" policy that reduces inheritance taxes, Politico reported earlier this week.

Experts say the overhaul of the 24-year-old child tax credit could have significant implications for millions of families, particularly low-income households: More than 4 million children could be lifted out of poverty, according to an analysis conducted by the Center on Budget and Policy Priorities at Columbia University.