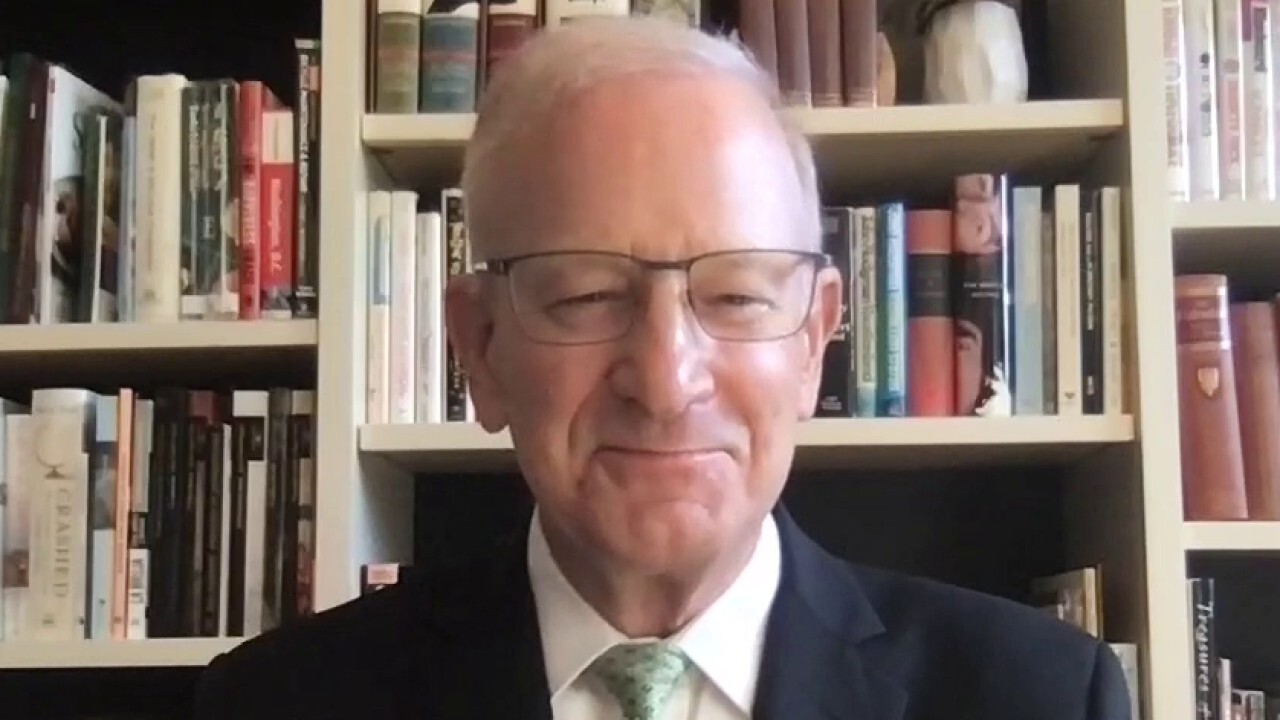 In an attempt to pay for their so-called "social infrastructure" bill, President Biden and Democrats in Congress unveiled a disturbing new plan that should rightfully scare every American with a bank account.

Under the administration’s initial proposal, the IRS would be allowed to track the personal bank accounts of individuals with a balance of $600 or more as well as anyone that conducts $600 worth of transactions in a single year.

Amid widespread public backlash, Democrats recently proposed raising the reporting threshold, as if that would somehow make one of the largest violations of your privacy in our nation’s history more palatable.

Steve Rosenthal, a senior fellow at the left-leaning Tax Policy Center called it a "deeply flawed proposal" and said that "even at $10,000, the Biden bank proposal is still too sweeping, throws a net very wide, and it’s hard to see what fish they want to catch here."

Even some Democrats in Congress like Sen. Joe Manchin, of West Virginia, have come out swinging against this radical plan, saying "this cannot happen. It’s screwed up" and declaring that "no one should be in anyone’s bank account."

Democrats claim their bank account surveillance scheme is necessary to beef up tax enforcement and raise revenues by specifically targeting wealthy individuals. Unfortunately, that’s just not accurate. According to the Joint Committee on Taxation, the largest percentage of underreporting occurs involving those earning less than $50,000 annually.

Every day Americans and small businesses across the country will inevitably get caught in the crosshairs if this ill-advised proposal ever becomes law. Anyone planning to send their child to college; take out a loan to reinvest in their business; sell goods at a farmers’ market; or even buy groceries for a family of four could unintentionally have their privacy compromised by the IRS.

The evidence of IRS abuses is overwhelming and points to a chilling pattern of intimidation and harassment against American citizens based on their political beliefs.

Americans are right to be concerned about providing the IRS with new troves of their private information given the agency’s well-established inability to protect confidential taxpayer data.

Sadly, this wouldn’t be the first time the IRS was weaponized against the American public. Who could forget Lois Lerner?

Lerner of course is the disgraced former high-ranking IRS official under the Obama administration who oversaw the intentional targeting and harassment of conservative taxpayers. Her seething disdain for conservatives, whom she referred to as "crazies" and "a--holes," was palpable.

The evidence of IRS abuses is overwhelming and points to a chilling pattern of intimidation and harassment against American citizens based on their political beliefs.

While the Democrats’ latest version of their multitrillion-dollar tax and spending boondoggle lacks specifics on the IRS snooping proposal, the current draft still includes nearly $80 billion that would allow the agency to more than double in size and hire an additional 87,000 agents. However, Senate Democrats are reportedly still making a last-minute effort to get the snooping provision inserted. As recently as last week, a Treasury official said that the administration was still "hopeful" that Democrats will "get this past the finish line."

That’s why I’ve called on Speaker Nancy Pelosi, Treasury Secretary Janet Yellen and IRS Commissioner Charles Rettig to abandon this ill-advised proposal immediately and why I am committed to ensuring that this frightening plan never becomes law.

I also helped introduce legislation that prevents the IRS from targeting Americans based on their political and ideological beliefs.

The need to uphold the Fourth Amendment and preserve our civil liberties is as important as ever. We must never allow our basic freedoms to be violated in the name of partisan politics. The American people also need to know they can be critical of their government without fear of retribution from the heavy hand of the IRS.

Republican Vern Buchanan represents Florida’s 16th District in the United States House of Representatives where he is the co-chairman of the bipartisan Florida delegation. He is a senior Republican on the tax-writing House Ways and Means Committee and former chairman Oversight Subcommittee, which has jurisdiction over the IRS, as well as the Tax Subcommittee.