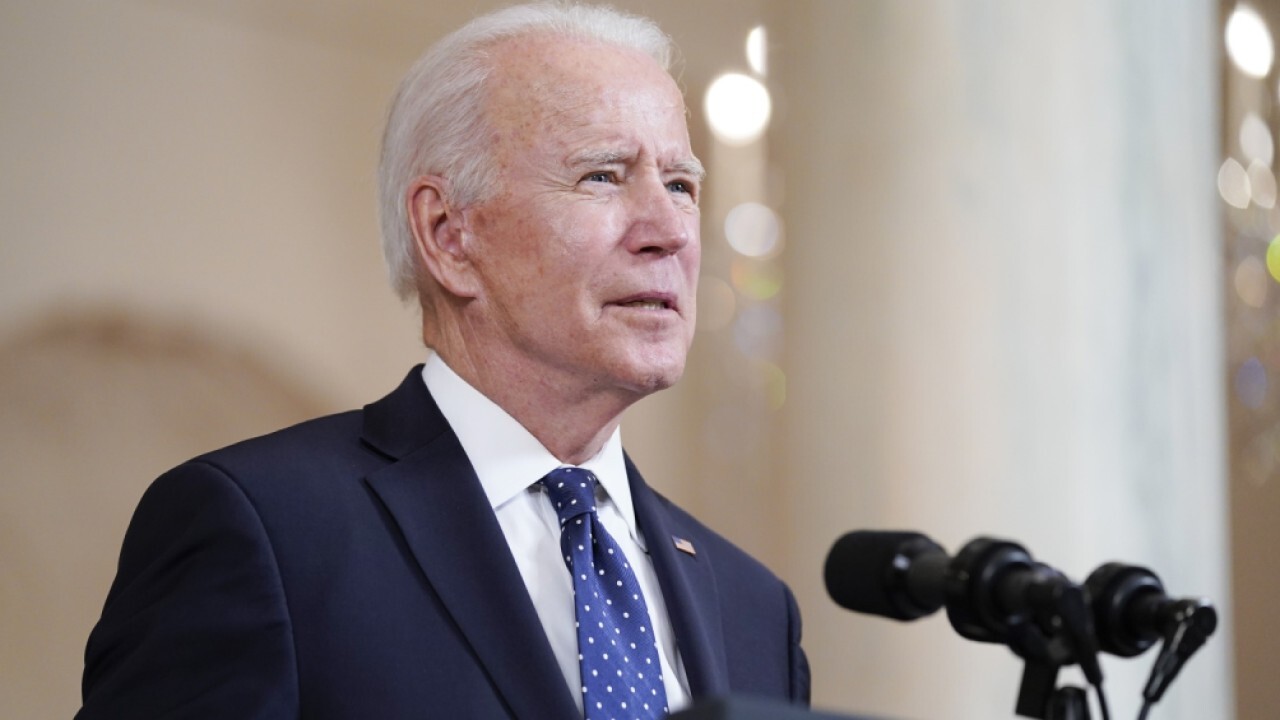 A coalition of 17 senators is calling on President Biden to expand Medicare as part of his next massive economic spending bill.

In a Sunday letter addressed to the White House, the group of mostly Democrats – led by Sen. Bernie Sanders, I-Vt. – urged Biden to lower the Medicare eligibility age, expand Medicare benefits to include vision, dental and hearing coverage, allow the program to negotiate lower drug prices and establish a limit on out-of-pocket expenses under traditional Medicare.

"We have an historic opportunity to make the most significant expansion of Medicare since it was signed into law," the lawmakers wrote. "We look forward to working with you to make this a reality and, in the process, substantially improve the lives of millions of older Americans and persons with disabilities."

Biden is expected to release details of the second part of his Build Back Better agenda, dubbed the American Families Plan, ahead of his address to a joint session of Congress on Wednesday.

The proposal could cost as much as $1.5 trillion and will focus on child care, paid family leave and other domestic priorities. It's unclear whether the administration plans to address health care in the tax and spending plan.

Biden is also facing pressure from Democrats in the House who want the White House to use the American Families Plan to include three Medicare-related provisions: allow Medicare to negotiate drug prices, expand Medicare by lowering the eligibility age from 65 to 60 and extend Medicare to include dental, vision and hearing care.

Over 20 Democrats sent a letter to Biden on Monday asking the White House to include those provisions in the forthcoming plan. Signatories included representatives from across the party's ideological spectrum, including Reps. Conor Lamb, D-Pa., and Jared Golden, D-Maine, as well as Pramila Jayapal, D-Wash.

"Now is a historic opportunity to also make an important expansion of Medicare that will guarantee health care for millions of older adults and people with disabilities struggling with the health and economic realities of the COVID-19 pandemic," the lawmakers wrote, in a letter first obtained by Politico. "Therefore, we are asking for you to prioritize the expansion and improvement of Medicare in the American Families Plan."

Although details remain in flux, the measure will likely be fully paid for with new tax increases aimed at wealthy Americans and and investors. Some tax increases currently under consideration include restoring the top marginal tax rate to 39.6%, where it sat before Republicans' 2017 tax overhaul, taxing capital gains as ordinary income above a certain threshold and eliminating the stepped-up basis at death.