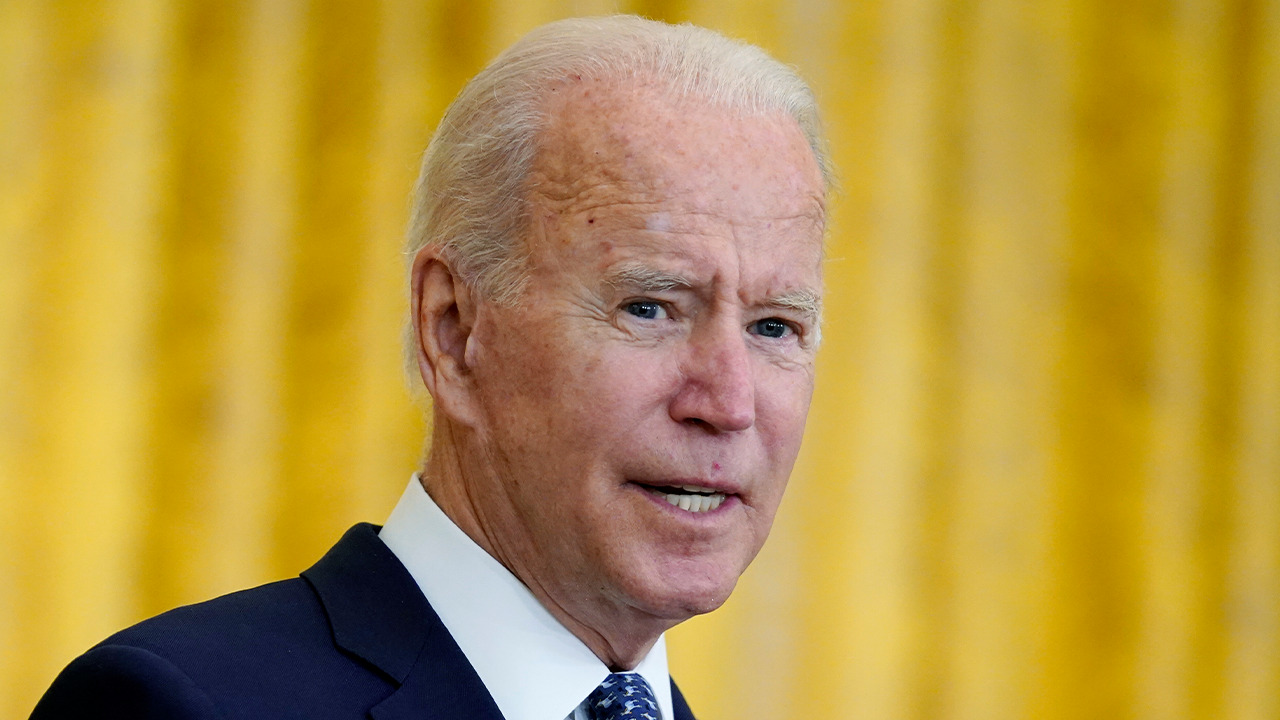 The Democratic Congressional Campaign Committee was slammed Thursday over a tweet praising President Joe Biden for lowering gas prices when in fact gas prices have surged under his presidency.

"Thanks, @JoeBiden," the DCCC’s official account posted along with a graph that had no start date showing gas prices going down by two cents from November 22 to November 29.

REP. VAN DREW TORCHES BIDEN, DEMOCRATS FOR BEING THE WORST PRESIDENT, CONGRESSIONAL MAJORITY IN HISTORY OF US

"Thanks, @JoeBiden," Federalist co-founder Sean Davis tweeted. "Gas costs over $1/gallon more today than it did a year ago."

BIDEN: US SUPPLY CHAIN IN 'VERY STRONG SHAPE' AHEAD OF HOLIDAYS, BUT ONLY SANTA CAN PROMISE GIFTS ON TIME

Some suggested that the DCCC had actually taken the graph from tweet that was meant to be a joke from liberal pundit Matthew Iglesias.

"oh my GOD it originated as a joke chart???" author Christopher Ingraham responded.

The DCCC did not immediately respond to a request for comment from Fox Business.

"Sean Patrick Maloney's DCCC is one of the most incompetent organizations Washington has ever seen," a spokesperson for the National Republican Congressional Committee told Fox Business. "It's no wonder vulnerable Democrats keep retiring."

The NRCC also posted a revised graph on Twitter showing how gas prices have dramatically risen during Biden's presidency.

Gas prices hit a seven-year high in October and a gallon of gas cost Americans an average of $4.42 in California, the most since 2012.

Gas prices have begun to drop slightly over the past week and GasBuddy petroleum analyst Patrick De Haan told FOX Business he thinks consumers may see prices under $3.30 per gallon by early next week.