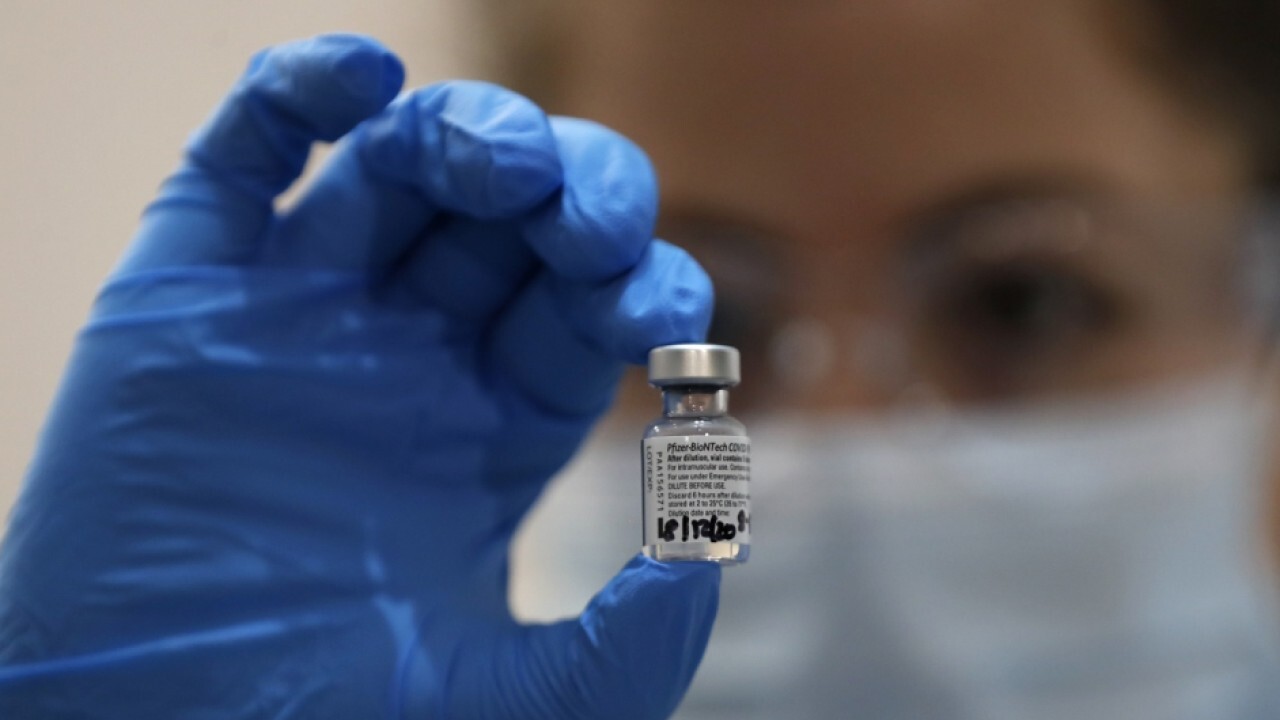 Vaccine investigator on Pfizer receiving FDA approval: ‘Without a doubt' safe and effective

Former Health and Human Services (HHS) Acting Secretary and Deputy Secretary Eric Hargan, who served under both the Bush and Trump administrations, says the Food and Drug Administration (FDA) has been rightfully cautious about approving COVID-19 vaccine booster shots.

An FDA advisory panel on Friday afternoon endorsed emergency approval for the Pfizer-BioNTech COVID-19 vaccine booster shot for people ages 65 and older at least six months following the second dose in an 18-0 vote.

"I got the vaccine, my wife got the vaccine, my son got the vaccine. I think people should all get vaccinated. That is for sure," Hargan, who helped develop Operation Warp Speed, told Fox News. "We want to put an end to the scourge of this pandemic, and … widespread vaccination is going to be the most reliable way to do that."

He added, however, that scientists knew going into developing the mRNA vaccine that there was a chance it could lose efficacy over time or that mutations of the virus could impact its efficacy. Just like there is a new variation of the flu shot developed every year to combat different flu mutations, some scientists have suggested that COVID-19 vaccines could see a similar future.

Whether the vaccines that are available to the public now prove to have sufficient efficacy in slowing the spread of COVID-19 will help officials determine whether booster shots are necessary.

Hargan also noted that it has been more than a year since tens of thousands of people participated in the third phase of Pfizer’s clinical trials, and by January, millions of people will have "completed a year with this vaccine."

"That’s quite a while for millions of people to have received a medical intervention without seeing bad side effects from them," he said. "...There are long-term effects of COVID, as well, and people need to keep that in mind."

Friday’s endorsement from the FDA’s independent panel came after members of the FDA on Wednesday declined to take a stance on whether to approve Pfizer’s application to get FDA approval for its booster shots, saying in a 23-page document posted to the agency’s website that "some observational studies have suggested declining efficacy" of Pfizer's vaccine "over time against symptomatic infection or against the delta variant, while others have not."

The document added that observational studies like the ones cited in Pfizer’s application for approval have "known and unknown biases that can affect their reliability."

MODERNA ANALYSIS: THOSE VACCINATED LAST YEAR TWICE MORE LIKELY TO GET COVID-19 THAN THOSE JABBED RECENTLY

For most people, within two months after the second dose, efficacy peaked at about 96%, sliding to about 90% within four months and 84% by the data cutoff date. The vaccine remained 96.7% effective, however, in protecting against severe disease.

Hargan noted that two senior FDA vaccine officials have resigned in the last year over what he believes to be pressure to approve the booster shot from the Biden administration.

A worker gives a thumbs up while transporting boxes containing the Moderna COVID-19 vaccine to the loading dock for shipping at the McKesson distribution center in Olive Branch, Miss., Sunday, Dec. 20, 2020. (AP Photo/Paul Sancya, Pool)

"It sounds like political leadership was pushing to get the booster vaccine approved," he said, "and FDA officials felt they were being unduly pressured and resigned."

But instead of interpreting their resignations as a reason to not trust the booster shot or the FDA’s role in approving it, Hargan said their decisions should be recognized as dedication to the process.

"They’re well aware that if they rush these things, the public health effect is not going to be great," he explained. They’re being very cautious. The AstraZeneca vaccine is still being approved in the United States, and it’s approved all over the world. … They’re even resigning because they feel they’re under pressure to do something, and they’re not going to do it until they think it’s appropriate."

Hargan concluded that "everybody should feel good about" the FDA’s level of transparency with regard to vaccines and booster shots.