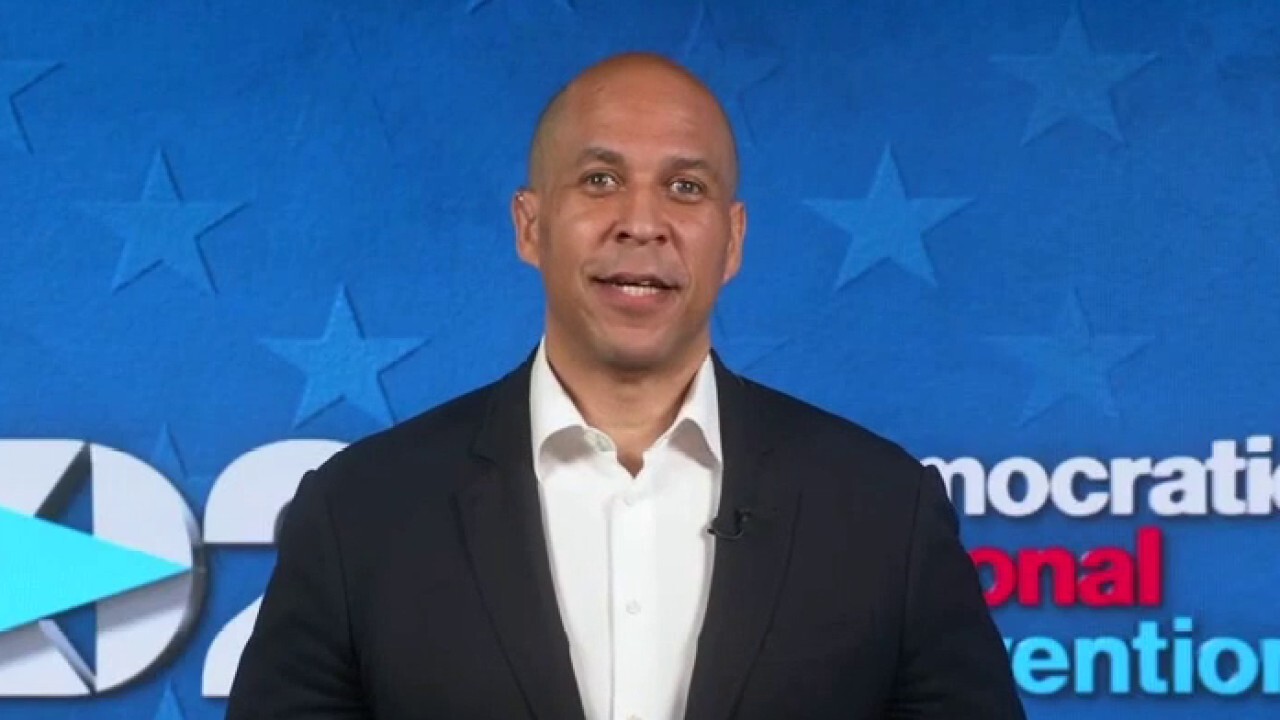 New Jersey Sen. Cory Booker condemned President Trump's handling of the U.S. economy and "attack" on working Americans during his speech on the fourth and final night of the Democratic National Convention.

"Last week, Donald Trump said 'our economy is doing good,' while 40 million Americans are at risk of losing their homes, 30 million aren’t getting enough food to eat and 5.4 million people have lost their health care because of this crisis," Booker said in his Thursday night address. "He has failed us."

Since the pandemic began in mid-March, some 57 million Americans have filed for unemployment benefits. The unemployment rate is officially at 10.2% after the economy added 1.8 million jobs last month, according to the Labor Department's July jobs report. (So far, the economy has so far added back less than half – about 42 percent – of the 22 million jobs it lost during the pandemic).

At the same time, between 30 million to 40 million Americans are at risk of eviction over the next several months – a result of the coronavirus pandemic and subsequent economic recession, according to a recent report by the Aspen Institute.

But the financial markets tell a vastly different story: On Thursday, the blue-chip Nasdaq Composite notched its 35th record close this year.

The Dow Jones Industrial Average rose more than 46 points, or 0.17%, while the S&P 500  closed just shy of its prior record.

CNN AVOIDS ON-AIR COVERAGE OF BIDEN'S 'ARE YOU A JUNKIE?' REMARK ABOUT TAKING A COGNITIVE TEST

Booker, a one-time primary rival of both Democratic nominee Joe Biden and his running mate Kamala Harris, accused the Trump administration of supporting policies that have exacerbated income inequality and hurt the middle-class.

"Together, with Joe and Kamala in the White House, we’ll raise the minimum wage so no one who works a full-time job lives in poverty," he said. "Together, we’ll fight for those who keep us healthy; who keep us safe; who teach our kids."