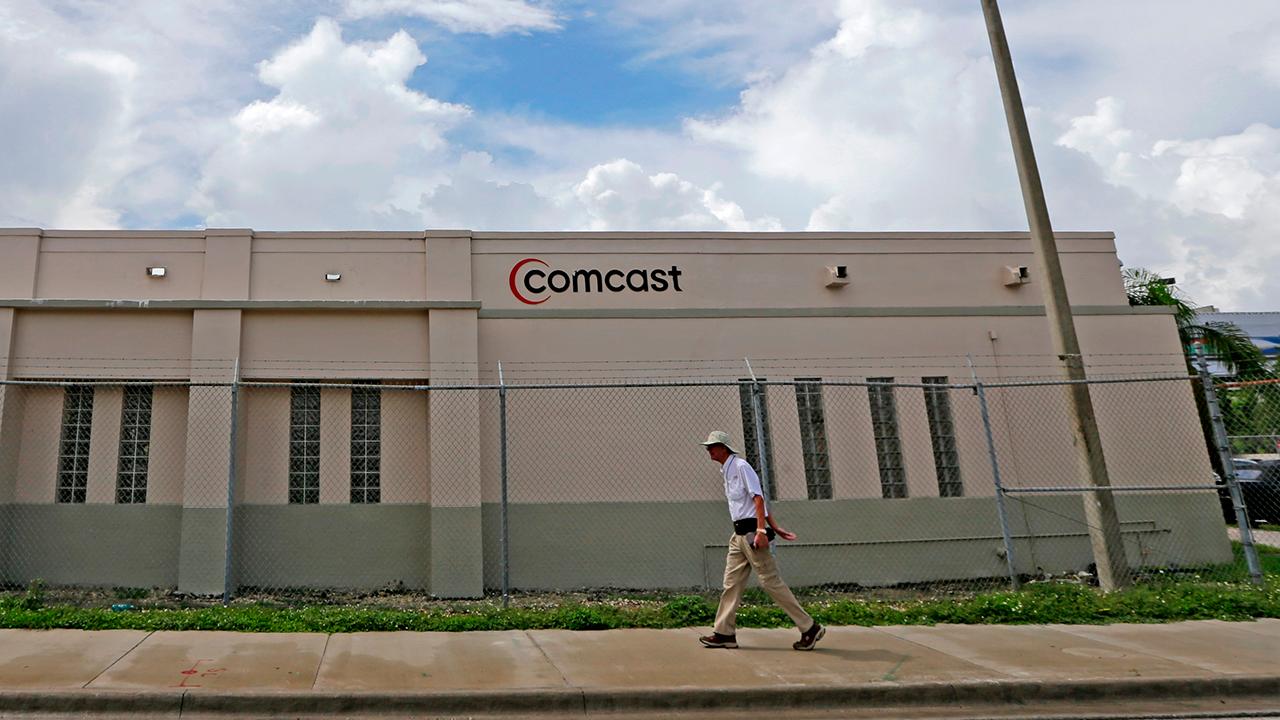 FBN’s Charlie Gasparino discusses how DOJ officials reached out to Comcast in concerns with the company's desire to purchase $60 billion in 21st Century Fox assets.

There's a growing probability that Comcast’s potential acquisition of 21st Century Fox’s entertainment assets could run into resistance from the Department of Justice’s antitrust division, FOX Business has learned.

Federal lawyers are concerned that the cable and media giant has failed to live up to the conditions it accepted when it won regulatory approval of its 2011 purchase of NBCUniversal. Many staffers in the DOJ's antitrust division have told people they will likely argue against allowing Comcast to grow even larger.

While no official plan of action has been determined, antitrust officials are telling people they believe that Comcast, which controls content through NBCU and massive cable distribution, has harmed consumers by boosting cable bills and increasing other costs. The DOJ has expressed similar concerns as it tries to stifle the planned merger of AT&T and Time Warner.

Another problem for Comcast involves President Donald Trump, who is said to have a disdain for the media giant. Through NBCUniversal, Comcast operates the left-leaning cable network MSNBC, whose hosts attack Trump’s political agenda and deliver almost nonstop coverage of Special Counsel Robert Mueller’s investigation of possible collusion between the Trump presidential campaign and Russian nationals.

Trump has  questioned the network’s fairness, as well as that of the entire NBC news operation, which he has described as providing “fake news.” A friend of Trump told FOX Business that the president recently remarked that he considers Comcast “public enemy No. 1.”

Those assets include 21st Century Fox’s stake in Sky Plc, some cable properties and its film and TV studios. FOX Business and Fox News, which are owned by 21st Century Fox, would not be part of the purchase.

Disney CEO Bob Iger said on an earnings conference call Tuesday that the company is “still deep in the regulatory process.” He declined to engage in speculation regarding the deal except to say that those assets are “part of our ongoing strategy to create growth in a very dynamic global marketplace.”

Roberts’ bid for the assets would exceed Disney’s by about $10 billion, people familiar with the situation said. But the offer is said to be contingent on whether AT&T overcomes the Justice Department’s objections to its Time Warner purchase, which could be precedent-setting. Federal District Judge Richard Leon is due to rule on the $85 billion merger by June 12.

Even before news of Roberts’ latest possible acquisition surfaced, Justice Department lawyers have discussed asking the courts to extend the so-called consent decree, set to expire in September. To win approval of the NBCUniversal deal, Comcast promised regulators that it would meet a number of conditions. Included was a pledge that it would not threaten to withhold NBCU content from rival distributors as a way to increase prices.

Additionally, the Justice Department may ask Comcast to agree to new conditions, and there has even been talk among DOJ lawyers of forcing Comcast to spin off NBCU into a separate company as a requirement for the company to engage in additional big purchases, the people familiar with the situation said.

At issue for antitrust officials: Many believe Comcast has failed to live up to the terms set in the 2011 consent decree that allowed the NBCU deal to proceed, according to people with direct knowledge of the matter. They are leery about allowing a combination of cable distribution and premium content to get even larger through the purchase of 21st Century Fox’s entertainment assets.

Justice Department officials also believe that deals like Comcast’s purchase of NBCU and AT&T’s proposed purchase of Time Warner have stifled innovation of programming on the internet and led to increased costs for consumers.

Executives at Comcast and AT&T have argued vigorously that such deals have not boosted costs for consumers. They point to the expansion of programming on the internet by giant tech companies including Amazon. They say the deals they are seeking are a means of survival rather than domination of the marketplace.

They also argue that the consent decree on the NBCU deal expires on Sept. 18, making it highly unlikely that the DOJ can successfully litigate a motion to extend the decree in just a few months.

The courts would be reluctant to extend the decree because, according to a person close to Comcast, “not a single noncompliance issue was brought to the judge in seven years and he was never advised of any final non-compliance finding by DOJ.”

Antitrust officials at the Justice Department aren’t swayed by those arguments, FOX Business has learned. These officials remain leery about Comcast’s as well as AT&T’s intentions to expand because the Trump DOJ has been in office for just a year and is now beginning to reinterpret antitrust laws.

In the past, “vertical mergers” that combine different types of business such as cable distribution and content received more lenient antitrust treatment. For example, the Obama administration didn’t kill the Comcast-NBCU deal outright; it just sought conditions that Comcast had to meet in order for the deal to proceed.

But Trump’s DOJ antitrust chief, Makan Delrahim, has maintained that such vertical mergers may pose danger to consumers because such large conglomerates control vast distribution networks and significant amounts of premium content, allowing them to jack up prices to consumers and stifle innovation. DOJ officials also say such large media conglomerates – with their vast array of lobbyists – can and do get away with skirting operating agreements.

As an example, they cite a complaint made by Bloomberg Television to the Federal Communications Commission that Comcast for years failed to live up to a stipulation that Bloomberg should be placed near Comcast-owned CNBC on its channel lineup. Bloomberg eventually settled the case with Comcast.

Moreover, Comcast’s Roberts may have been encouraged by AT&T’s effort to overcome the DOJ’s objections to its merger with Time Warner. Remarks by Judge Leon seem to suggest he might rule in AT&T’s favor and allow its purchase of Time Warner to proceed.

That said, attempting to read a judge’s mind is risky, which may explain why Roberts appears to be waiting for the ruling to be handed down before making a move for 21st Century Fox’s assets, people with knowledge of his intentions say.

Gene Kimmelman, president and CEO of Public Knowledge, a public policy advocacy group, said if the government prevails, or if Judge Leon imposes significant conditions, the Justice Department would be emboldened to fight Comcast on its expansion plans and even impose new remedies on its NBCU deal when the current ones expire in a few months.

If AT&T wins a clear victory, Roberts would probably feel free to press forward with his expansion plans and make a bid for 21st Century Fox.

“There are substantial concerns [at DOJ] about Comcast buying those assets because it would be like the Comcast-NBCU deal on steroids,” said Kimmelman, who through Public Knowledge has urged the DOJ to extend the consent decree on the grounds it’s harmful to consumers. “But if the government loses, I’m not sure the people in antitrust are comfortable going before the same judge” and trying to stop Comcast from buying 21st Century Fox’s assets.