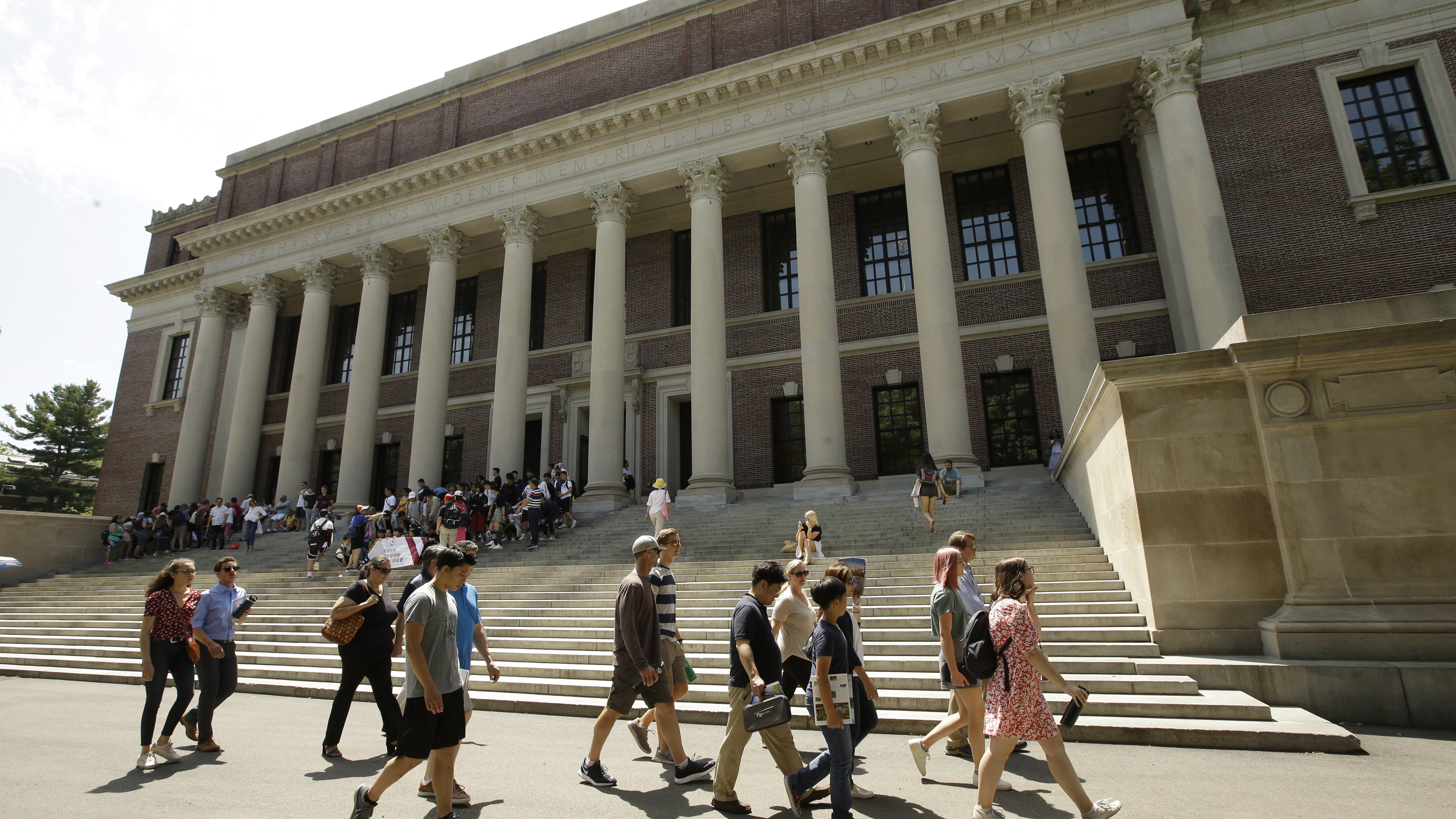 The effect of the new national-security law that China imposed on Hong Kong is extending far beyond the territory to American college campuses.

Classes at some elite universities will carry a warning label this fall: This course may cover material considered politically sensitive by China. And schools are weighing measures to try to shield students and faculty from prosecution by Chinese authorities.

At Princeton University, students in a Chinese politics class will use codes instead of names on their work to protect their identities. At Amherst College a professor is considering anonymous online chats so students can speak freely. And Harvard Business School may excuse students from discussing politically sensitive topics if they are worried about the risks.

The issue has become particularly pressing because at least the first semester at many universities will be taught online, meaning some students from China and Hong Kong will connect with their U.S. classmates via video links. Some academics fear the classes could be recorded and ultimately end up in the hands of Chinese authorities.

Almost 370,000 Chinese students and roughly 7,000 from Hong Kong enrolled at U.S. universities in the 2018-19 school year, and academics in the U.S. say they often opt to take classes on Chinese law, culture and politics because they want to understand more about their country and how the world views it.

“We cannot self-censor,” said Rory Truex, an assistant professor who teaches Chinese politics at Princeton. “If we, as a Chinese teaching community, out of fear stop teaching things like Tiananmen or Xinjiang or whatever sensitive topic the Chinese government doesn’t want us talking about, if we cave, then we’ve lost.”

His course will now come with a warning that some of the material might be sensitive and of concern to China’s government, and he said he was introducing blind grading. Students will hand in work bearing a code rather than their name, to prevent any student from being linked to particular views or arguments.

“There is no way that I can say to my students, ‘You can say whatever you want on the phone call and you are totally free and safe here,’” she said. “It’s more about harm mitigation.”

Harvard Business School is looking to introduce an amnesty for students—including Americans—worried about the implications of openly discussing sensitive topics, Prof. Rithmire said. Class participation is normally an element of students’ grades, but if the amnesty is put in place they won’t be penalized for opting out. A Harvard Business School spokesman declined to comment.

The new national-security law—which bars what it calls sedition, subversion, terrorism and colluding with foreign forces—allows China to pursue and prosecute people seen as violating it even outside Hong Kong. A naturalized American citizen from Hong Kong, Samuel Chu, reportedly was recently included on a list of fugitives being sought under the law after he lobbied the U.S. Congress to punish China for eroding Hong Kong’s autonomy.

“China has always been hostile to Western journalists and academics, and this amps it up,” said Dr. Truex.

Avery Goldstein, a professor in the political science department at the University of Pennsylvania, said as soon as students enroll for his course online he plans to send out the syllabus and flag that it may contain sensitive information. A security breach of his online classes could now compromise students’ safety, he said—or his own, if he were to travel to China.

“We have to leave it up to the students whether they enroll, because it is ultimately their lives that are going to be affected,” he said. “I will make it clear that there is nothing I can do to protect them.”

The University of Pennsylvania didn’t return requests for comment.

Concerns about China’s influence on academics around the world have grown over the past two decades, as some educational institutions set up campuses in China and many increasingly rely on fees paid by Chinese students, who account for more foreign students in the U.S. than any other country.

There are indications that Chinese students in the U.S. could fall afoul of Chinese laws. A University of Minnesota student was sentenced to six months’ imprisonment after returning home to the Chinese city of Wuhan last year. He was convicted of “provocation” for tweets he wrote while studying in the U.S. that allegedly mocked Chinese leaders.

With remote learning changing teaching methods, academics are discussing how to handle students living under other authoritarian regimes. China’s new law and the large number of Chinese students studying at U.S. colleges have made it a more urgent priority.

Part of the challenge is the growing list of subjects Beijing considers off-limits, said Kerry Ratigan, an assistant professor of political science at Amherst College. In the mid 2000s, she could openly discuss public policy with China-based academics, but that is now sensitive, she said.

“It’s a moving target,” said Dr. Ratigan, who fears increased risks for students who are Chinese citizens or have close family in China.

Along with providing warnings for students taking her classes she’s looking at ways to hold anonymous online chats so that students—her classes number about 20—could express opinions openly without fear of recrimination.

“It’s very difficult. In an ideal world we could have these more sensitive conversations in person,” she said.