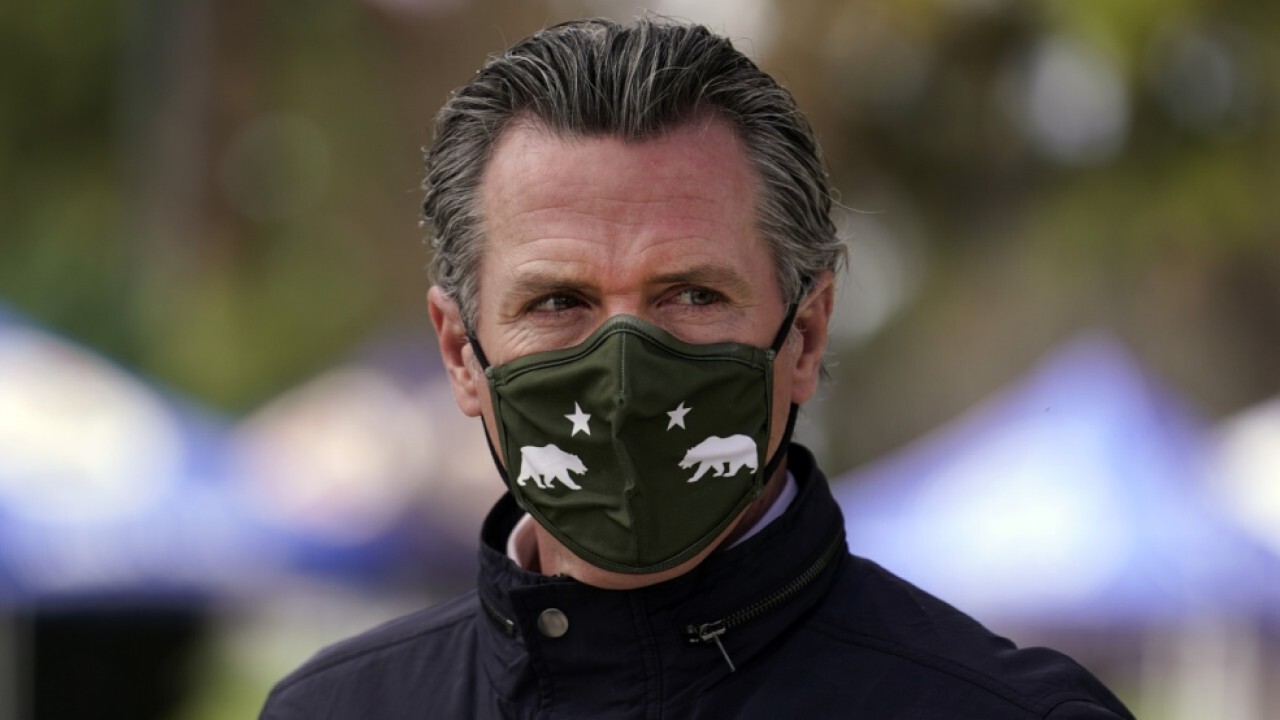 Comedian Adam Carolla weighs in on COVID mask mandates and California being overregulated by Gov. Newsom.

Comedian Adam Carolla called California Gov. Gavin Newsom, D., a "dictator" and "buffoon" Friday who was forcing people out of the state.

In an appearance on "Varney & Co.," Carolla said Newsom, who faces a likely recall this year in part over his coronavirus response, was in the pocket of teachers unions and had over-regulated the state.

"It's oppressive. Newsom is essentially a dictator, and he's a buffoon, by the way," Carolla said, boasting he had "destroyed" Newsom in an interview on his podcast five years earlier.

"He's an idiot," he added. "California is overregulated … The teachers are heroes. They just work for a union that are cowards, that are closing down all the schools and they control the governor, so that's where we're living. We're living in a place where Disneyland is barely open … We like rules in California, because they want to tell people what to do …  It's not about safety anymore."

People were leaving California for that reason, he argued, but he wouldn't leave yet because his kids were entering high school.

"I'm going to stick on this burning garbage barge for about another three-and-a-half years and them I'm out, but maybe we'll get a new governor, things will change," he said.

Carolla said he didn't care if audiences for his comedy shows wore masks and was unfazed by new federal guidelines on masks for vaccinated persons, saying the CDC had been "all over the road" to this point.

While Newsom will likely face a recall in November, there is a small likelihood of him being ousted in the deeply blue state.

According to a UC Berkeley Institute of Governmental Studies poll that was co-sponsored by the Los Angeles Times, 49% said they opposed recalling Newsom, up slightly from 45% in January, with support for the recalling the governor holding steady at 36%. Fifteen percent were undecided.