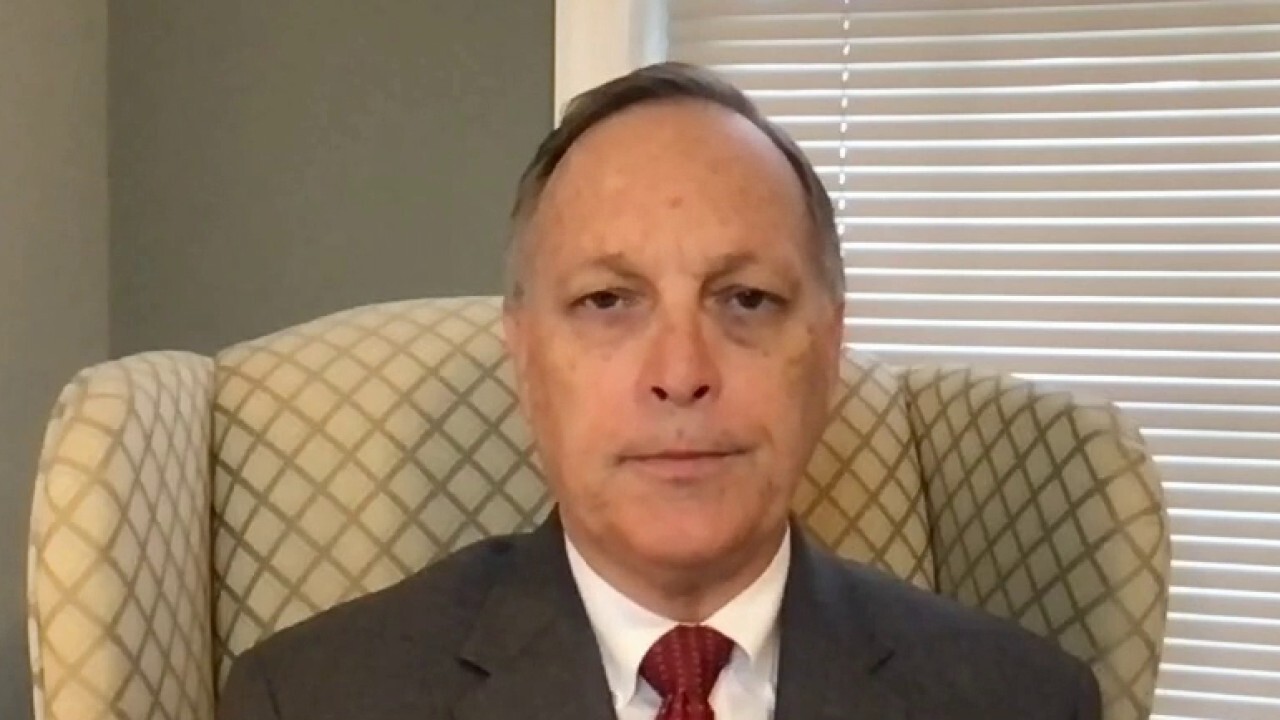 Biden 'can't handle the leadership of this country': Rep. Biggs

Rep. Andy Biggs, R-Ariz., argues the Biden administration has made America 'unsafe in every way' by eliminating a U.S. presence in Afghanistan and calls for the immediate resignation of the president and top officials.

FIRST ON FOX: Rep. Andy Biggs, R-Ariz., is vowing legal action against companies that comply with the request from the House select committee on the Capitol Jan. 6 riots to turn over data on members of Congress.

Biggs is sending a letter to 13 telecommunications companies that were reportedly subpoenaed by the select committee for some lawmakers' data related to the riot.

"The January 6 Select Committee has neither statutory nor constitutional authority to secretly demand phone companies to turn over their customers’ personal records," Biggs told FOX Business in a statement.

"This power-hungry, smear-campaign of a committee knows this request is a blatant overreach of their congressional authority," he continued. "Yet, they insist these companies make legally compromising decisions. If these phone companies give into this unconstitutional subpoena, they will forever set a precedent for the violation of all Americans’ privacy rights."

Citing last year's Supreme Court ruling on House Democrats' pursuit of former President Trump's tax returns, the Arizona Republican pointed to Congress’ need to obtain information for legislative purposes and pointed to the section of the ruling. "Congress has no enumerated constitutional power to conduct investigations or issue subpoenas," he said.

"As the Supreme Court explicitly reaffirmed last year, a congressional subpoena is valid only if it is ‘related to, and in furtherance of, a legitimate task of Congress and must serve a valid legislative purpose,’" Biggs wrote.

"Additionally, Congress has no general power to inquire into private affairs and to compel disclosure in order to expose for the sake of exposure," the congressman continued.

He also pointed out that select committee chairman Benny Thompson, D-Miss., is "clearly aware" that he doesn’t have the power to go through the private data and told the subpoenaed companies to contact the committee if they "are not able or willing to respond to this request without alerting the subscribers or the accounts."

"Chairman Thompson is asking your company to participate in surreptitious and legally dubious surveillance of Members of Congress," Biggs wrote. "Chairman Thompson’s request may ultimately prove illegal, but, unlike you, he is a sitting member of Congress and is shielded from legal repercussions by the Constitution’s Speech and Debate clause while acting in his official capacity."

The congressman concluded the letter by reminding the telecommunications companies of their "legal obligation" to protect the data of their clients and warned there would be legal repercussions if the companies don’t abide by the obligation.

"If you fail to comply with these obligations, we will pursue all legal remedies. Please be advised that the undersigned do not consent to the release of confidential call records or data."

The rest of the companies did not immediately respond to FOX Business' requests for comment.