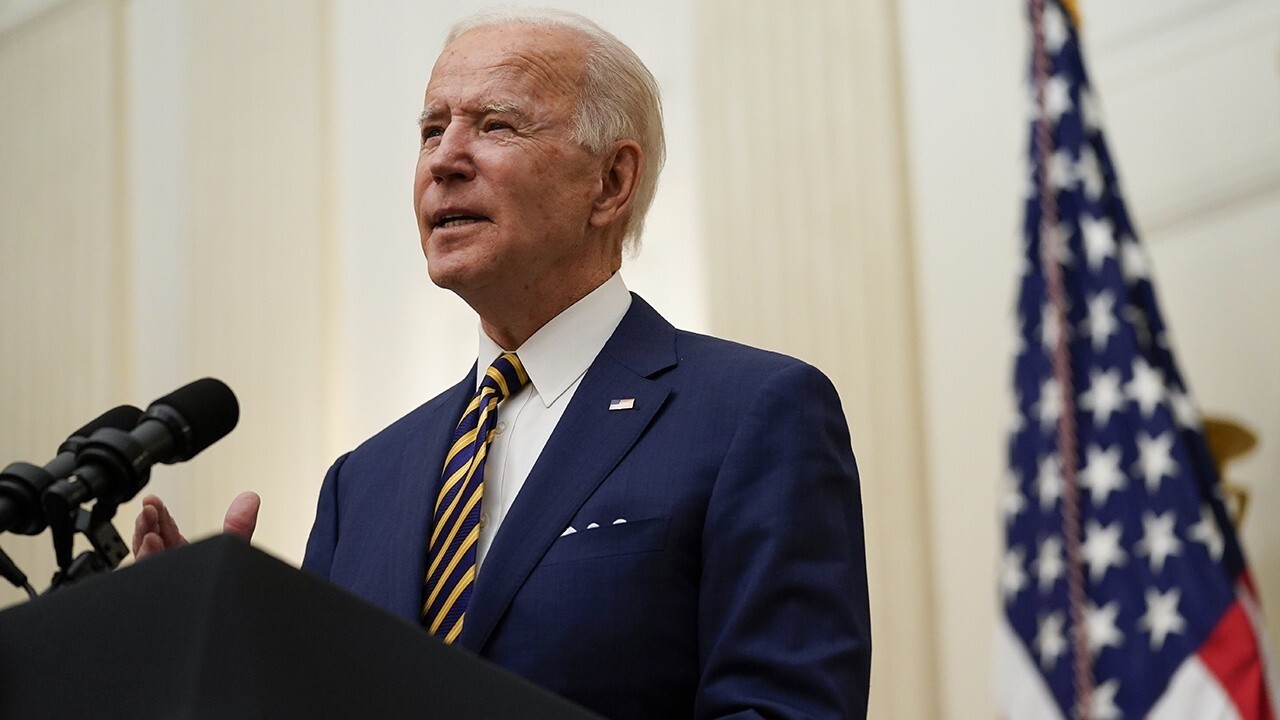 President Biden on Friday blamed surging COVID-19 cases nationwide for the lackluster August jobs report, and while he conceded the White House wanted to see a "larger number," he maintained the labor market's recovery from the pandemic is "durable and strong."

"Some wanted to see a larger number today, and so did I," Biden said, speaking from the White House. "But what we've seen is continued growth month after month. We've added jobs in every single one of my first seven jobs reports…This is the kind of growth that makes our economy stronger. Consistent progress, not boom or bust."

Hiring slowed sharply in August, with the economy adding just 235,000 jobs, the Labor Department said on Friday. It was well below the 728,000 gain forecast by Refinitiv economists as the spread of the highly contagious delta variant forced employers to pull back on hiring. The unemployment rate ticked down slightly to 5.2%.

It marked a surprising slowdown after solid gains of 1.1 million in July and 962,000 in June.

The abrupt drop in hiring likely reflects both growing fears about the highly contagious delta variant and difficulties that companies have faced in onboarding new workers, despite a record number of 10.1 million available jobs. In August, 5.6 million people reported they were unable to work because of the pandemic, a rise from 5.2 million a month earlier.

As coronavirus cases spiked and Americans pulled back on spending, hiring in the leisure and hospitality sector – which includes restaurants, bars and hotels – fell to zero last month, after previously driving job growth.

"We need to make more progress in fighting the delta variant of COVID-19," Biden said. "This is a continuing pandemic of the unvaccinated."

While the U.S. was making solid progress with vaccinations – 74.5% of adults have received at least one shot, according to the Centers for Disease Control and Prevention – and infections began falling, cases have rebounded recently as the delta variant spreads among the unvaccinated population.

The U.S. is averaging about 142,000 new daily cases in the last seven days, compared to the 11,000 seven-day average in June, according to the CDC.

Still, Biden credited his own policies, including the $1.9 trillion relief package that Democrats passed along a party-line basis in March, for boosting the economy's recovery from the virus-induced shutdown last year.

He pledged to push forward with a $3.5 trillion tax and spending plan that will vastly expand the social safety net and vowed to continue pushing vaccines in order to combat the virus.

"What we’re seeing is an economic recovery that’s durable and strong," he said.