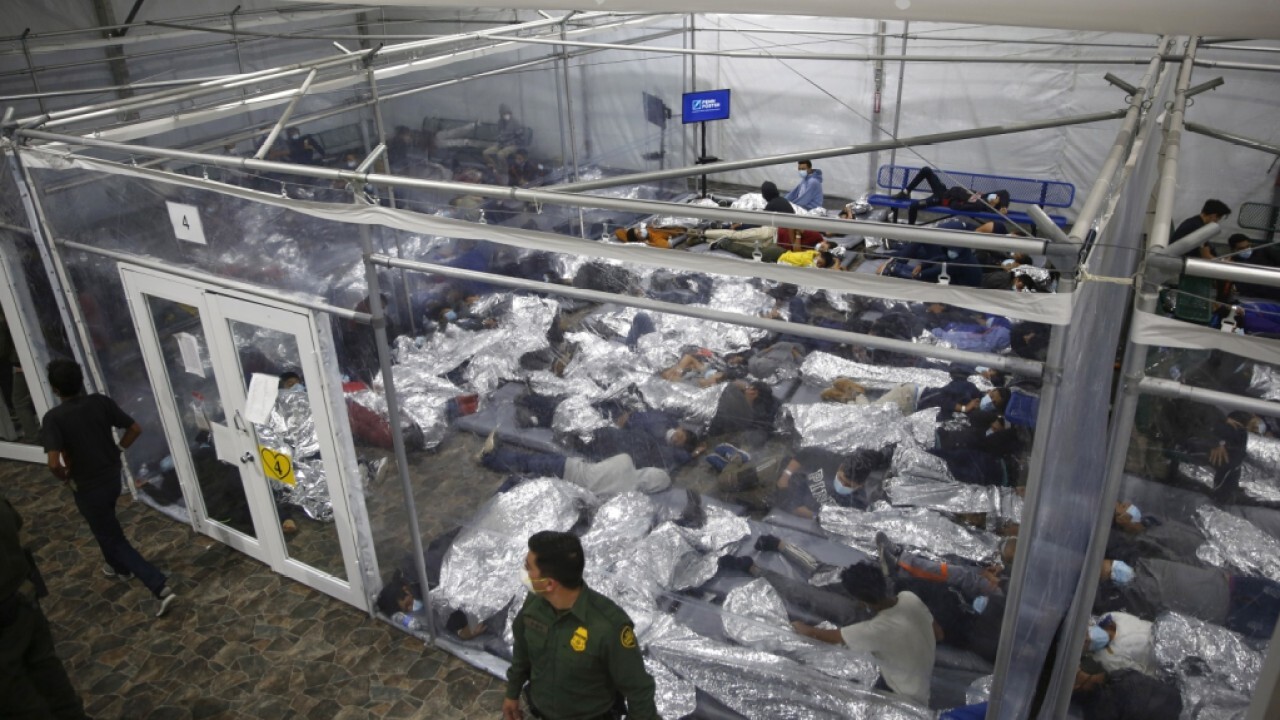 The federal government has awarded about $3 billion in contracts to shelter unaccompanied illegal immigrant children since February, records show.

The Department of Health and Human Services awarded the three largest federal contracts, worth over $2 billion, to two private companies and one nonprofit — as record illegal immigration surges began overwhelming authorities at the southern border.

The contracts went to Deployed Resources of Rome, New York, Family Endeavors in San Antonio, Tx., and Rapid Deployment in Mobile, Ala.

Deployed Resources secured a $719 million contract to house 1,500 migrant children at a facility in Donna, Tx., and was previously contracted by the Trump administration for similar jobs.

Family Endeavors, a disaster-relief agency, could earn up to $580 million from the feds for running an emergency intake site in Pecos, Tx.

Lorenzen-Strait also ran a consulting firm that advised companies on federal purchasing contracts, the report said, and has expertise on various agencies, including the Administration for Children and Families — a division of the Department of Health and Human Services.

Family Endeavors got another $87 million DHS contract in March, the Washington Examiner reported, noting the link to Lorenzen-Strait.

Two facilities that were new and substantial in size shuttered in recent weeks, without an initial explanation from HHS, creating even more demand for beds for these children.

In a statement later on, HHS said the shelters were only for temporary use and that children had since been sent to other facilities or reunited with family.

The contracts were awarded without a bidding process and with an exemption from the staffing requirements that state-licensed facilities housing children are held to.

While expensive, the contracts for new shelters were much needed given the magnitude of the crisis, with the federal government currently holding more than 22,000 migrant children in its custody.

The Biden administration’s undoing of former President Trump’s border policies has prompted a flood of Central American and Mexican illegal migrants at the US border, including thousands of unescorted children.

Central Americans looking for refuge from the Northern Triangle countries — Guatemala, Honduras and El Salvador — have taken these policy moves, as well as the overwhelmingly more welcoming tone from Democrats, as a sign that President Biden is inviting them to cross the border.

Insisting that the border was not facing a crisis, Homeland Security Secretary Alejandro Mayorkas said in early March that the problems the agency faced should be blamed on the previous administration.

The data, however, overwhelmingly shows that migrants were flooding the border because they believed Biden would welcome them with open arms.

As Mayorkas denied the existence of a crisis, Mexican President Andrés Manuel López Obrador blamed the new president for the crisis, arguing that the "expectations" he set left migrants with the perception that they would be let into the US.