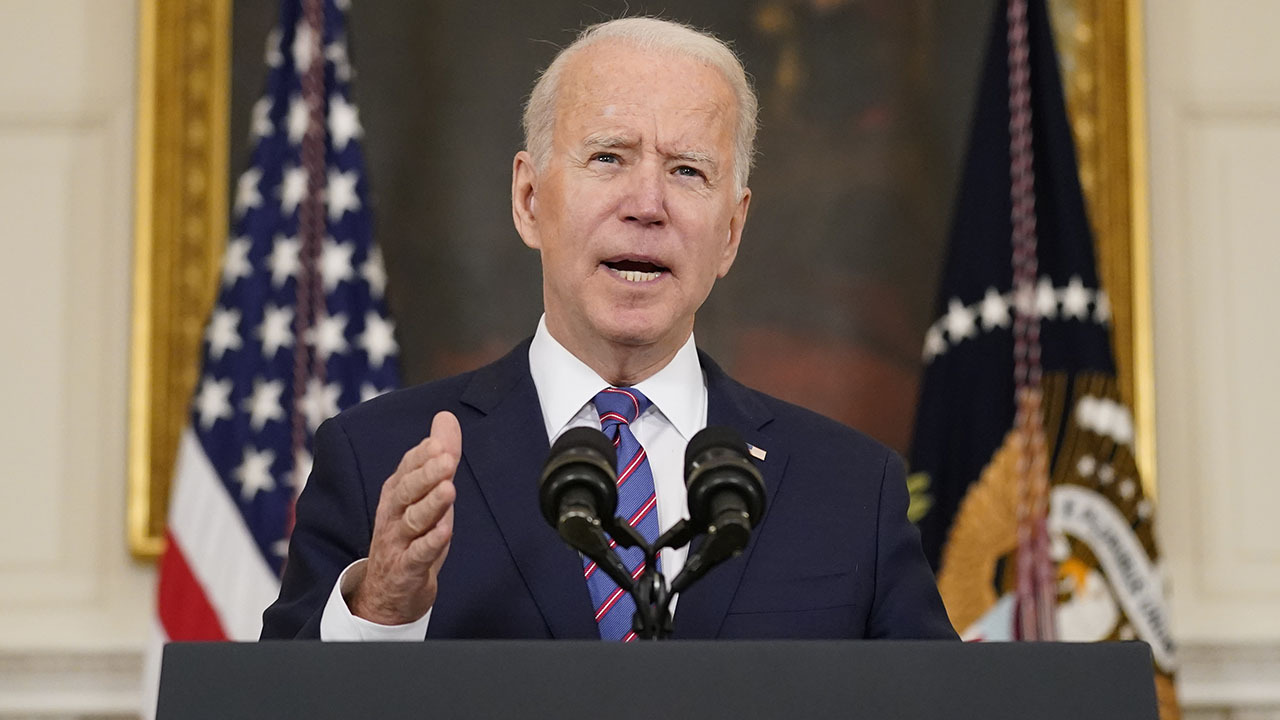 Pres Biden delivers remarks and signs an executive order on promoting competition in the American economy.

The executive order contains 72 actions and recommendations meant to promote innovation across various sectors of the economy from tech to health care to agriculture, and thereby improve workforce conditions and drive costs down, according to a White House fact sheet.

"The heart of American capitalism is a simple idea: Open and fair competition," Biden said in remarks at the White House, shortly before signing the order. "That means if your companies want to win your business, they have to go out and they have got to up their game. Better prices and services, better ideas and products. The competition keeps the economy moving and it keeps it growing. A competitive economy must mean that companies do everything they can to compete for workers."

Here are some of the products and services the Biden administration is targeting in an effort to boost competition and consumer choices:

The White House noted in its fact sheet that reduced competition among airlines has resulted in higher baggage and cancelation fees despite millions of instances of delayed baggage each year.

The administration is directing the DOT to consider issuing rules requiring airlines to refund fees when baggage is delayed or when a service like in-flight WiFi does not work. It is also recommending the DOT implement rules requiring baggage, flight change and cancellation fees to be "clearly disclosed to the customer."

The Biden administration believes that cracking down on broadband services will boost competition, especially for Americans living in rural areas, giving consumers more options and driving down internet costs.

It is calling on the FCC to ensure internet service providers are offering fair prices by requiring them to report prices and subscription rates to the commission, and to limit high early cancellation fees.

President Joe Biden signs an executive order aimed at promoting competition in the economy, in the State Dining Room of the White House, Friday, July 9, 2021, in Washington. (AP Photo/Evan Vucci)

The administration also plans to reimplement Obama-era "Net Neutrality" rules, which essentially treated internet service providers and cable companies like public utilities, and subjected them to various rules preventing the prioritization of certain types of content.

Biden wants hearing aids to be sold over-the-counter to reduce costs for Americans who are hard of hearing.

The administration is asking the Department of Health and Human Services to consider issuing a proposal within 120 days to allow hearing aids to be sold over the counter. It is also calling on HHS to come up with a plan in 45 days to "combat high prescription drug prices and price gouging."

The president is also taking on Big Tech by establishing "an administration policy" to survey mergers between small tech companies and tech giants that can stamp out competition and consumer options. He is also encouraging the Federal Trade Commission (FTC) to monitor the collection of user data and surveillance of consumers by large tech companies.

Finally, the administration is also calling on the FTC to implement "rules against anti-competitive restrictions on using independent repair shops or doing DIY repairs" of technology devices and equipment, such as smartphones. Independent phone and computer repair shops have called on tech giants like Apple to change their repair provider rules.

Biden is urging the U.S. Department of Agriculture to consider implementing new rules under the Packer and Stockyard Act; clarify rules as to which products can be labeled as "Product of USA"; and limit agriculture equipment manufacturers from restricting farmers' ability to conduct their own repairs, among other initiatives aimed at boosting agricultural competition and small farms' success.

President Joe Biden speaks before signing an executive order aimed at promoting competition in the economy, in the State Dining Room of the White House, Friday, July 9, 2021, in Washington. (AP Photo/Evan Vucci)

The White House mentioned "tractor companies" that "block farmers from repairing their own tractors," which may be a reference to John Deere, which does not allow "unauthorized" independent repairs and which uses unique software locks that make tractors unusable if they are fixed by anyone other than John Deere technicians, according to Vice.

"Let me be very clear: Capitalism without competition isn't capitalism. It's exploitation," Biden said Friday. "Without healthy competition, big players can change and charge whatever they want and treat you however they want. And for too many Americans that means accepting a bad deal for things you can't go without. So, we know we've got a problem, a major problem. But we also have an incredible opportunity."

Progressive lawmakers celebrated the jam-packed executive order, while business groups and Republicans slammed it as harmful to the free market.

Sen. Elizabeth Warren, a fierce consumer advocate, lauded the executive order as a "critical" step to protect working-class Americans and urged Congress to pass legislation codifying the measure into law.

But the U.S. Chamber of Commerce said in a blistering statement that the directive "smacks of a 'government knows best' approach to managing the economy" and vowed to "vigorously oppose calls for government-set prices, onerous and legally questionable rulemakings, efforts to treat innovative industries as public utilities, and the politicization of antitrust enforcement."