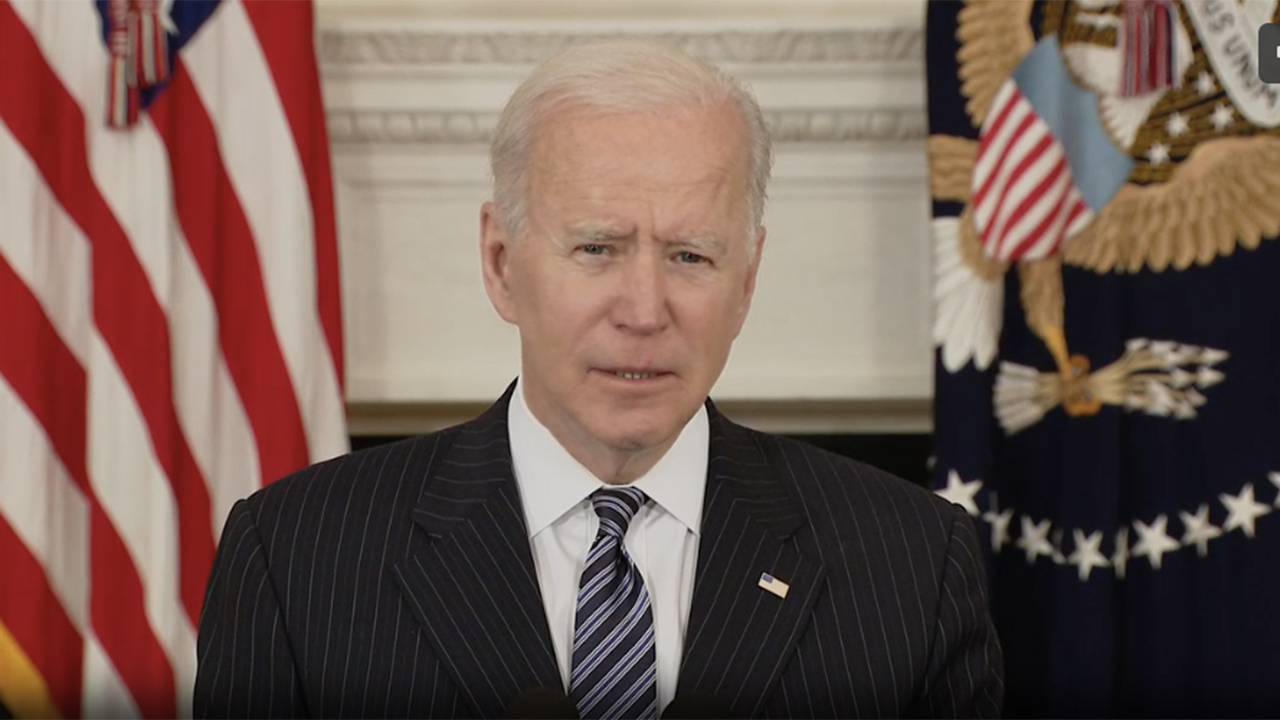 President Joe Biden seems unperturbed by last month’s jobs report, writing on Twitter Saturday that the US economy is expected to grow faster than it has in 40 years.

"Since we took office, we’ve gone from an economy in crisis to one that is projected to grow faster than it has in nearly 40 years," the president tweeted. "That’s progress. Let’s keep it going."

Economists had forecast the US would gain nearly 1 million jobs in April, as it did in March, but instead it gained 266,000.

The unemployment rate unexpectedly rose to 6.1% — while it's still well below the April 2020 peak of 14.7%, it's about twice the pre-crisis level, the Labor Department said in its monthly payroll report. Economists surveyed by Refinitiv expected the report to show that unemployment fell to 5.8%.

There are still 8.2 million fewer jobs than there were last February, before the crisis began.

Average hourly earnings rose 0.7% in April from a month earlier, to $30.17, the jobs report showed, and so did inflation - the consumer price index rose a remarkable 4.2%.

The Biden administration has maintained that inflation will be temporary and, as Biden said in an address on the numbers, adding jobs to the economy is a "sprint - not a marathon.

"You might think we should be disappointed," Biden said of the numbers, but claimed the "American Rescue Plan," which passed in late March, "was designed to help us over the course of a year—not 60 days." The American Rescue Plan pumped up unemployment benefits with $300 per week in federal funding, a move Republicans have said is detracting those receiving benefits from taking jobs where they might make less. It also offered $1,400 checks to millions of Americans.

Cecilia Rouse, the chair of the White House Council of Economic Advisers, cited a host of factors for the disappointing jobs report, including Easter – even though Easter was in early April – and Covid-19.

"It takes several weeks for people to get full immunity from vaccinations, and even more time for those left jobless from the pandemic to find and start a suitable job," she said, leaving more to be expected in the coming months.

Federal Reserve Chair Jerome Powell is also unconcerned with increased inflation rates, predicting they will be "transitory." "An episode of one-time price increases as the economy reopens," Powell said earlier this month, "is not likely to lead to persistently higher year-over-year inflation into the future."

Powell said the dichotomy between a large number of unfilled positions and millions of unemployed likely reflects a combination of a skills gap, child care obligations and lingering virus fears.

He said that if inflation got out of hand, the Fed could raise its short-term rate in time to rein it back in. The Fed has put much more emphasis on working toward full employment, and has said it will allow inflation to creep past 2% as long as it "averages" 2% in the "long run," and does not plan to adjust policy until the nation is closer to full employment.