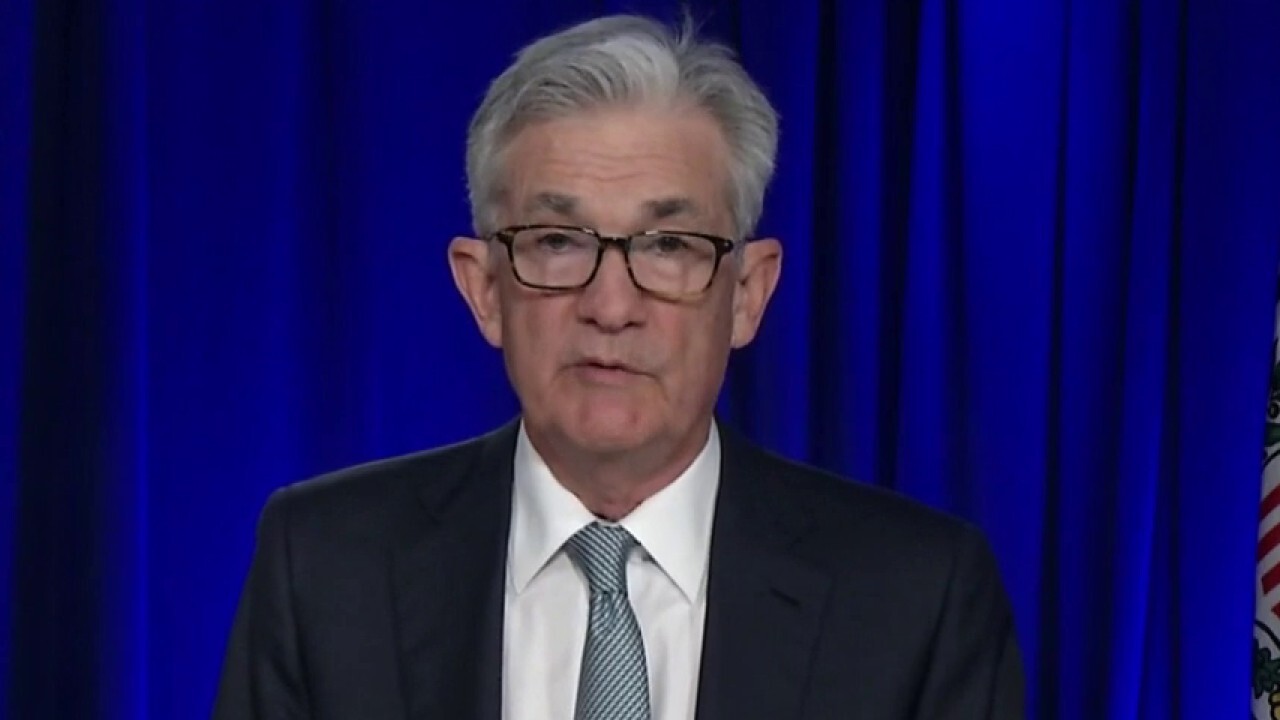 Powell's bet is that the Fed can keep rates ultra-low even as the U.S. economic recovery kicks into high gear — and that it won't have to quickly raise rates to stop runaway inflation.

It's just the kind of gamble that in the past led some of Powell's predecessors to miscalculate and inadvertently derail the economy.

Powell and the rest of the Fed's policymaking committee plan to keep rates near zero until nearly everyone who wants a job has one, even after inflation has crept above their 2% annual target level. Faster growth raises the risk that the Fed will eventually have to respond quickly and aggressively to a sudden acceleration of prices — and potentially cause a slump, even another recession.

Getting the timing right on interest rate policy is a tricky task that has bedeviled Fed chairs for decades. Arthur Burns, who led the central bank in the 1970s, is widely blamed for allowing inflation to get out of hand after yielding to pressure from President Richard Nixon to forgo further rate hikes. Critics also argue that Alan Greenspan, whose long tenure as Fed chair ended in 2006, failed to lift rates quickly or sharply enough to prevent the housing bubble that ignited the 2008 financial crisis and the Great Recession.

Even Chair Janet Yellen's decision in December 2015 to slightly raise the Fed's key short-term rate after it had sat near zero for seven years is now seen by most economists as having been premature. The economy slowed partly as a result.

But in many ways, Powell's gamble is unique. For one thing, it's based on fundamental changes to the way the Fed pursues its goals. The central bank has always sought a delicate balance between its two mandates: Keeping prices stable and maximizing employment.

But Powell has placed a much greater emphasis on jobs than his predecessors generally did. He has also defined the Fed's goal of maximum employment more broadly: He has underscored that it includes addressing the particular challenges of low-income workers, non-college grads and people of color — something previous Fed chairs seldom mentioned.

And the Powell Fed is now aiming to fulfill its mandate for price stability by seeking higher inflation, after decades in which the Fed fought to hold it down. That's because inflation has now remained persistently below 2% for nearly the entire decade since the Fed adopted that target. Too-low inflation can morph into deflation, a prolonged drop in prices and wages that typically makes people and companies reluctant to spend.

"The Volcker era started the war on inflation," said Tim Duy, chief economist at SGH Macro Advisers, referring to Paul Volcker, whose sky-high rates during his Fed chairmanship in the early 1980s choked off double-digit inflation yet caused a destructive recession in the process. "The Powell era starts the war on unemployment and inequality. It is a dramatic change from past policies."

Recent economic reports have depicted a surging recovery from the pandemic recession: Americans' incomes soared in March by the most on record, boosted by $1,400 stimulus checks, and spending rose at a healthy pace. The number of Americans seeking unemployment aid fell for a third straight week. Consumer confidence has reached a pandemic high. And the economy expanded at a vigorous annual rate of 6.4% in the first three months of the year.

In March, employers added nearly 1 million jobs, a figure unheard-of before the pandemic. The unemployment rate dipped to 6%; a year ago, it was 14.8%.

All of which has raised concerns about inflation pressures. Many companies, caught off guard by the speed of the rebound, are short of raw materials and parts. Procter & Gamble, 3M and Coca-Cola have said they plan to raise prices to offset the higher cost of commodities like lumber, sugar and grains. Supply bottlenecks are forcing up the prices of factory components.

Yet at a news conference Wednesday, Powell showed no sign of wavering from his bet. He acknowledged that economic prospects are brightening. But he also stressed that the job market's recovery is far from complete, with 8.4 million jobs still lost to the pandemic. And he reiterated that the Fed wants to keep nurturing the job market, in part to support people whose jobs are gone — waiters at shuttered restaurants, for instance, or people whose factory jobs are now automated — and who may need to look to new occupations.

Yet it can take months or more for the unemployed to switch careers. And that means the Fed may choose to keep borrowing rates ultra-low longer than it otherwise would have.

"We want to get them back to work as quickly as possible," Powell said. "That’s really one of the things we’re trying to achieve with our policy."

"An episode of one-time price increases as the economy reopens," Powell said, "is not likely to lead to persistently higher year-over-year inflation into the future."

Some economists, notably former Treasury Secretary Larry Summers, have warned that the Fed's low rates, along with the $4 trillion in proposed additional spending by the Biden administration, on top of roughly $5 trillion already approved by Congress, risk accelerating inflation.

On Wednesday, Powell said that if inflation got out of hand, the Fed could raise its short-term rate in time to rein it back in. Higher rates tend to cool inflation by slowing borrowing and spending.

But the Fed chair clearly doesn't think a sharp surge in prices is likely. Powell is banking on the notion that Americans no longer anticipate high inflation as they did during, say, the 1970s. If consumers and businesses expect inflation to stay low, they don't usually act in ways that elevate it, like pushing for higher pay or charging customers more to offset higher supply costs. With inflation expectations in check, Powell's thinking goes, supply bottlenecks should have just a temporary effect.

So far, anyway, the evidence suggests that Powell's bet is working: According to the latest University of Michigan consumer sentiment survey, while consumers expect higher inflation over the next 12 months, they consider it only temporary. Over the next five years, they expect inflation to average 2.7%, little changed from a year earlier.

On Friday, the government said prices rose 2.3% in March from a year ago, according to the Fed's preferred gauge, but most of that increase reflected a jump in volatile energy costs. By contrast, "core" prices rose just 1.8%.

The Powell Fed has said it wants inflation to top 2% for "some time," to make up for the years when inflation remained chronically below that target level. Accordingly, the Fed has jettisoned a decades-old approach in which it adjusted rates based on forecasts of inflation and unemployment. Now, the Fed wants to see evidence that inflation is accelerating before it lifts rates, rather than acting early in anticipation of it.

That change is crucial, Duy noted. Previously, when the jobless rate fell to a point that Fed officials worried would spur inflation, they would hike rates and sometimes prevent or delay further job gains.

In December 2015, for example, when the Fed raised its benchmark rate by a quarter-point, the unemployment rate was 5.1% and inflation was just 1.3%. Yellen had explained in a September 2015 speech why she planned to do so.

"Why not hold off raising the rate until the economy has reached full employment and inflation is actually back at 2 percent?" Yellen asked, essentially previewing Powell’s current approach. "The difficulty with this strategy is that monetary policy affects real activity and inflation with a substantial lag."

If the Fed were to wait, she warned, it might have to raise rates "relatively abruptly" to slow inflation, potentially threatening the economy.

Yet unemployment continued to fall for roughly four more years — all the way to a 50-year low of 3.5%. Even then, inflation barely budged. Powell was a member of the Fed's Board of Governors during that time.

"The result was very positive," said Harry Holzer, an economist at Georgetown University. "Jay Powell took away a strong lesson from that experience."