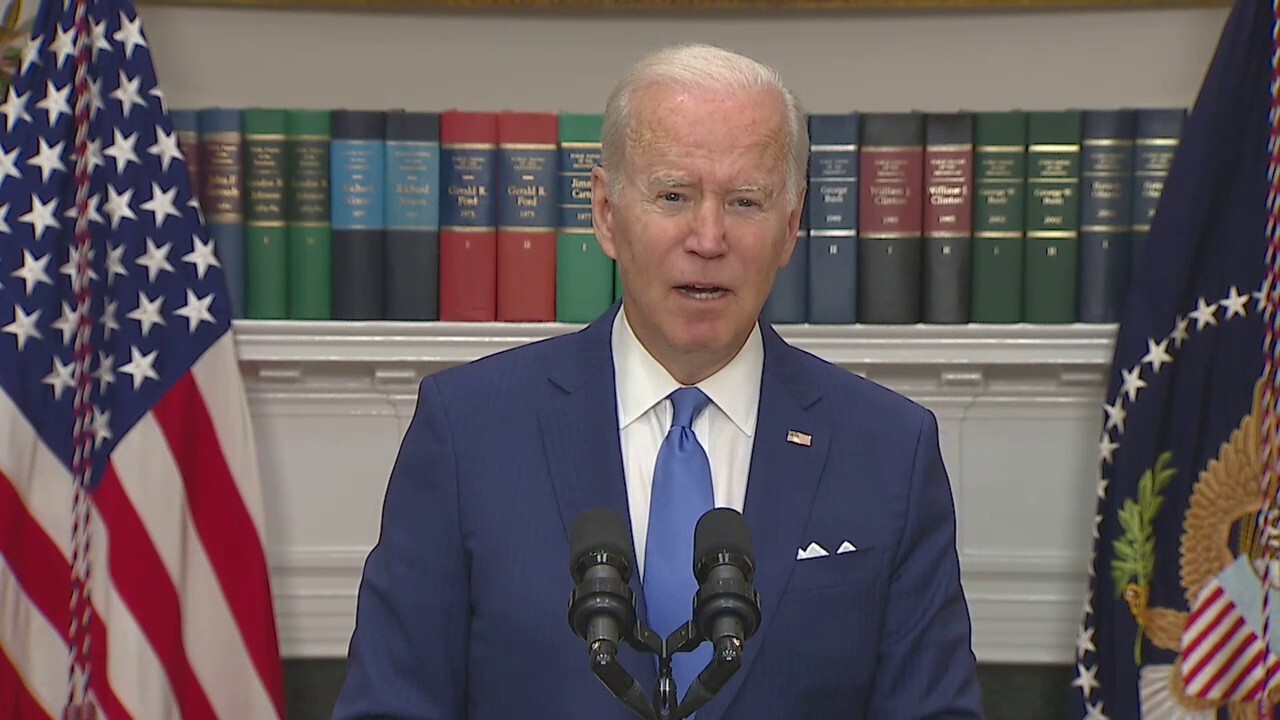 'The Drift' author gives his take on forgiving student loan debt on 'Kudlow.'

President Biden has floated the possibility of erasing some student loan debt for millions of Americans, reviving a campaign promise as he faces mounting pressure from progressives as well as declining approval ratings.

Biden floated the possibility last week of eliminating $10,000 in debt per borrower, likely through executive action. So far, the president has repeatedly extended a moratorium on federal student loan payments, a pause that was first put in place under former President Donald Trump as part of a broader COVID-19 relief measure.

"I am considering dealing with some debt reduction," Biden said last week in response to a question at the White House. "I am not considering $50,000 debt reduction. But I'm in the process of taking a hard look at whether or not there will be additional debt forgiveness."

Here's everything we know about the plan so far:

How much per borrower will be forgiven?

Biden supported "immediately" erasing $10,000 in student debt for most borrowers during his presidential campaign but has raised questions about his legal authority to do so via executive order.

Progressives, including Senate Majority Leader Chuck Schumer, D-N.Y., have urged Biden to cancel $50,000 in outstanding federal debt per borrower via executive order. Democratic lawmakers have maintained that Biden could use existing executive authority under the Higher Education Act to order the Department of Education to "modify, compromise, waive or release" student loans.

The president has not said how much he is considering canceling, but signaled that $50,000 in debt forgiveness is not under consideration.

How much will the plan cost?

Erasing $10,000 per borrower would require the government to cancel about $321 billion in federally backed loans, according to an analysis published by the Federal Reserve Bank of New York last week. That would benefit about 11.8 million borrowers, or roughly 31.1%, and cancel 30.5% of loans delinquent or in default prior to pandemic forbearance.

Under the policy, the average borrower would receive $8,478 in student loan forgiveness.

Should the Biden administration put in some constraints around forgiveness, like a household income limit of $75,000, the cost of the program would fall from $321 billion to $182 billion, according to the New York Fed. As of December 2021, the total outstanding balance for federally owned loans was $1.38 trillion.

Who will qualify for student loan forgiveness?

The Biden administration is considering income caps for eligibility for student loan relief that would exclude higher-income earners. Officials have floated the possibility of limiting the relief to people who earned less than $125,000 or $150,000 as individual filers the previous year. That would amount to a threshold of roughly $250,000 to $300,000 for couples who file their taxes jointly.

"The president talked, back on the campaign, about taking steps or looking at steps to help people making less than $125,000 a year, so that is the frame through which he's making considerations at this point,"  White House press secretary Jen Psaki told reporters this week aboard board Air Force One.

White House officials have cautioned that no final decision has been made.

Will the executive order face a legal challenge?

Such sweeping executive action would almost certainly face a legal challenge, and it's unclear whether it could survive in the current 6-3 conservative Supreme Court.

Critics have argued that using such power exceeds the president's authority granted by Congress. Canceling student loan debt would also add to the nation's already-ballooning national deficit, which totaled a near-record $2.8 trillion for the 2021 fiscal year.

Former President Barack Obama’s top Education Department lawyer, Charlie Rose, has suggested that canceling some debt for certain borrowers without tying relief to their individual needs would put the Biden team at risk of having its plan overruled in court, according to The Wall Street Journal.

In a memo obtained by the Journal, Rose, who served in the Education Department under Obama from 2009 to 2011,  wrote in a "strictly confidential" memo in May 2021 that the White House could be on shaky legal ground if Biden pursues the plan.

"If the issue is litigated, the more persuasive analyses tend to support the conclusion that the Executive Branch likely does not have the unilateral authority to engage in mass student debt cancellation," Rose wrote in a memo for his law firm, Hogan Marren Babbo & Rose, Ltd.