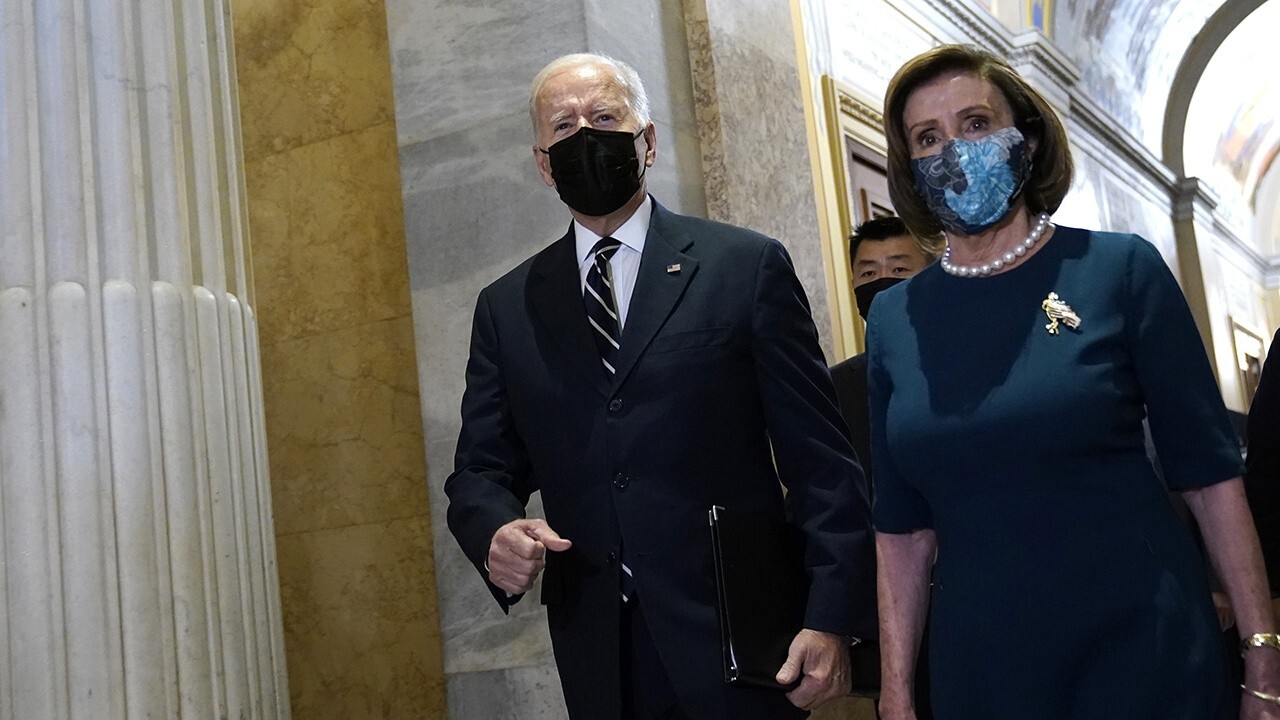 Sen. Rick Scott, R-Fla., on Biden's plummeting approval ratings ahead of the 2022 midterms, the administration's policies, inflation surging in the U.S. and the Democrats' tax proposals.

President Biden has unveiled a framework for a modified social spending plan that imagines spending close to $1.75 trillion over the next decade, but budget experts say the true cost of the legislation would be closer to $5 trillion because of the way the programs are structured.

But findings from the Committee for a Responsible Federal Budget, a nonpartisan group, released on Monday suggest Biden's plan could actually cost more than $4.9 trillion in a scenario where the spending and revenue provisions are made permanent, nearly doubling the size of the legislation.

The bulk of the programs and spending initiatives in the bill are poised to sunset in just a few years. But lawmakers often pass multiyear extensions down the road, even though the Congressional Budget Office assumes those measures will expire when it scores the legislation – a tactic that critics deride as "budget gimmicks."

"To be sure, lawmakers may choose not to extend some or all of these provisions. However, if they do, they would need to more than double current offsets in order for the bill and the extensions to be paid for," the group said. "The alternative would be a substantial increase in the debt."

For instance, in the plan rolled out last month, Biden proposed a temporary, one-year extension of the expanded child tax credit, which provides up to $3,600 per child to families. The White House estimated the temporary expansion would cost about $100 billion annually. But Democrats and the president have both pushed for a permanently expanded child tax credit, which would actually cost about $1.13 trillion.

It's not uncommon for lawmakers to take this approach: For instance, in 2017, Republicans passed the Tax Cuts and Jobs Act that included several income tax provisions slated to sunset within a few years – but lawmakers indicated at the time they had no intention of letting that happen.

If Democrats made the legislation permanent without including additional offsets, the measure would increase the U.S. deficit by a stunning $1.5 trillion over the course of five years and by $3 trillion through 2031. As the proposal is written and currently stands, it would increase the deficit level by $800 billion over the first five years and a total of $200 billion through 2031 (in the second five years, it would actually reduce the deficit by $600 billion).

Sen. Joe Manchin, a moderate West Virginia Democrat who has become one of the most powerful votes in the upper chamber, has accused the Biden team of using "budget gimmicks" to conceal the true, higher cost of the president's signature economic spending plan.

"As more of the real details outlined in the basic framework are released, what I see are shell games and budget gimmicks that make the real cost of this so-called ‘$1.75 trillion dollar’ bill estimated to be twice as high if the programs are extended or made permanent," Manchin said during a news conference. "That is a recipe for economic crisis."