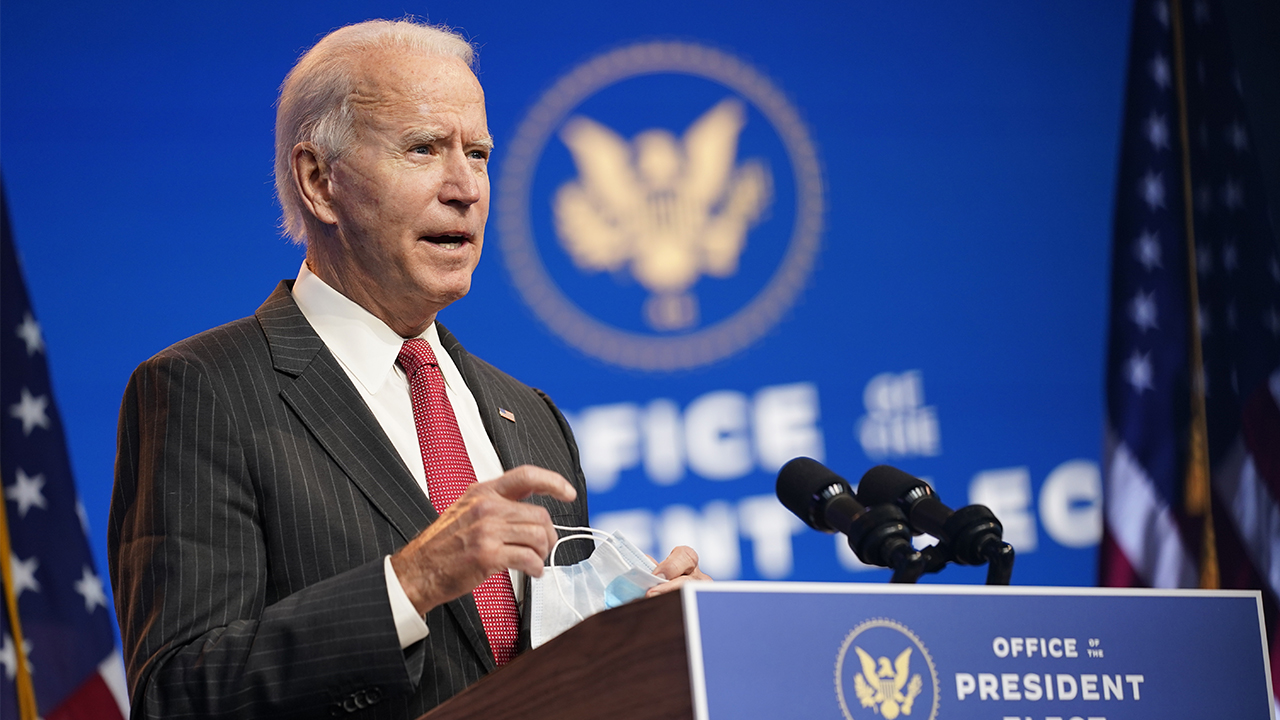 President-elect Joe Biden will not immediately remove the Trump administration's tariffs on Chinese exports, he said during an interview with The New York Times published early Wednesday morning.

Instead, Biden said upon assuming office he plans to review the phase one trade deal that President Trump inked with China nearly one year ago. The deal, signed at the beginning of January, requires China to purchase some $200 billion in additional U.S. goods over the course of two years – a commitment that Beijing is nowhere close to meeting.

"I'm not going to make any immediate moves, and the same applies to the tariffs," Biden said. "I’m not going to prejudice my options.”

Relations with China deteriorated under Trump, who made it a campaign priority to shrink the trade disparities between the U.S. and its allies. For nearly two years, the world's two largest economies engaged in a tit-for-tat trade war until Trump and Chinese President Xi Jinping signed a partial trade deal in January 2020.

Under the agreement, the White House left in place a 25% tariff on about $250 billion in Chinese products.

Biden said he wants to conduct a full review of the existing agreement with China before making any decisions and consult with America's traditional Asian and European allies to "develop a coherent strategy."

“The best China strategy, I think, is one which gets every one of our – or at least what used to be our – allies on the same page. It’s going to be a major priority for me in the opening weeks of my presidency to try to get us back on the same page with our allies," he said.

The president-elect said his goal is to pursue trade policies that "actually produce progress on China's abusive practices," including intellectual property theft, dumping products, illegal subsidies to corporations and forcing "tech transfers" from U.S. companies to their Chinese counterparts.

The way to do that, he told the Times, is by building "leverage" via a bipartisan consensus for "massive, government-led investments in American research and development, infrastructure and education to better compete with China" – something he doesn't think the U.S. currently has.

“I want to make sure we’re going to fight like hell by investing in America first,” Biden said, citing energy, biotech, advanced materials and artificial intelligence as areas overdue for large-scale government investment in research.

“I’m not going to enter any new trade agreement with anybody until we have made major investments here at home and in our workers," he said.