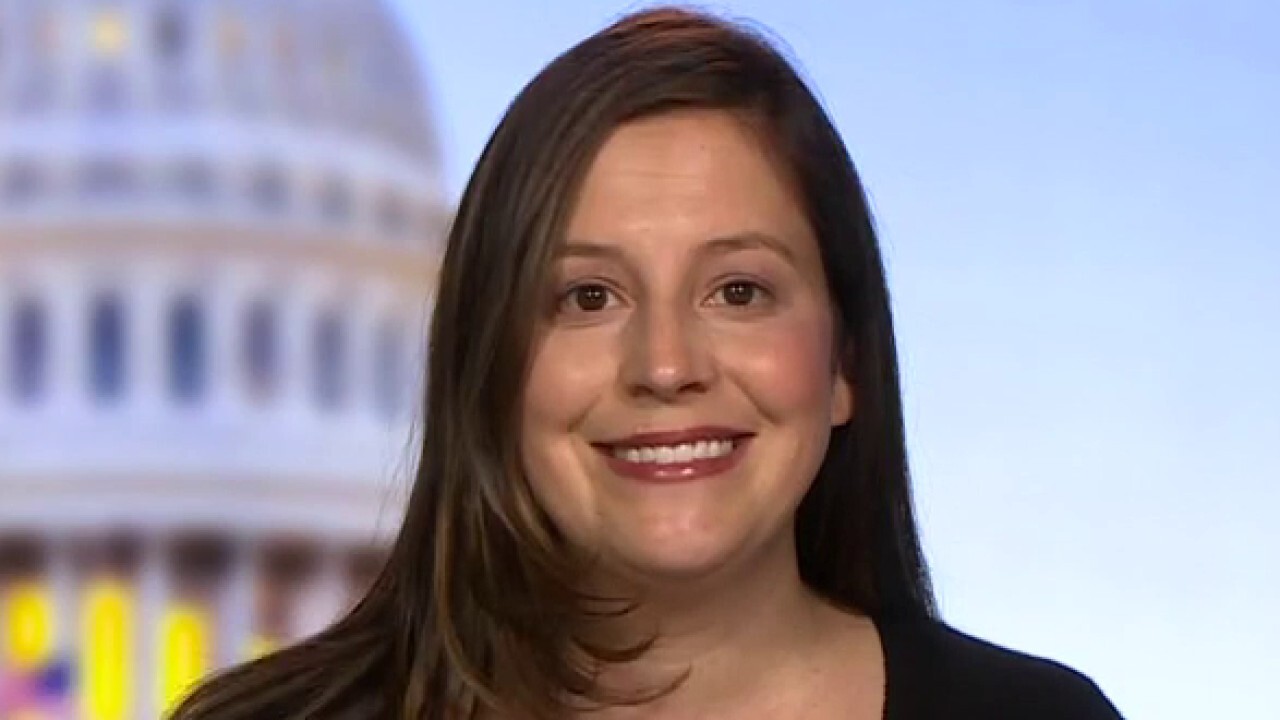 US is facing 'inflation crisis' because of Joe Biden: Rep. Stefanik

President Biden on Tuesday declined to say whether he planned to renominate Jerome Powell as chairman of the Federal Reserve as surging inflation and a worsening labor shortage weigh on the economy's recovery from the coronavirus pandemic.

Speaking in Glasgow, Scotland, during the United Nations summit on climate change, known as COP26, Biden told reporters that he had not yet made a decision regarding who to tap to lead the U.S. central bank for the next four years. He declined to specify what criteria he was looking for in a candidate who will become one of the most powerful economic figures in the world, but promised to announce a decision that would guarantee enough time for the Senate to approve the candidate.

"I'm not going to discuss it with you because that's in train now, we'll be making those announcements fairly quickly. It's been in train for some time," Biden said. "I think we're going to have plenty of time to make sure all the major nominees are going to be cleared in time before the terms expire.

Powell, a lawyer by training and a former Republican Treasury official, is generally respected on Wall Street and is well-liked among lawmakers in both parties for steering the U.S. through the coronavirus pandemic. But the White House is still mulling whether to tap Powell to lead the Fed for another four years – one of the most consequential economic decisions for Biden – before his term officially ends in February 2022.

The Fed chair is one of the most powerful players in Washington, with the ability to dictate the pace of economic growth, and is typically nominated for a second term, often to reinforce the central bank's independence from politics.

But Powell has come under fire recently from some progressive groups around issues like financial regulation and climate change, making his renomination far less certain than it was just a few months ago.

President Biden addresses a press conference at the COP26 UN Climate Change Conference in Glasgow on Nov. 2, 2021. World leaders meeting at the COP26 climate summit in Glasgow will issue a multibillion-dollar pledge to end deforestation by 2030 but t (BRENDAN SMIALOWSKI/AFP / Getty Images)

"I've given a lot of thought to it," Biden said Tuesday. "I've been meeting [with] macroeconomic advisers on what the best choices are. We've got a lot of good choices. But I'm not going to speculate now."

"Your record gives me grave concern," Warren told Powell during a Senate Banking Committee hearing. "Over and over you have acted to make our banking system less safe. And that makes you a dangerous man to head up the Fed."

At the same time, Powell has reportedly secured a key endorsement from Janet Yellen, now the treasury secretary, boosting his odds of a second term, given her nearly two decades of experience at the Fed, including four years leading the central bank. Yellen also has worked directly with Powell, who served as a governor at the Fed under her tenure. (In 2018, Powell replaced Yellen at the helm of the Fed, making her the first chair to not be reappointed after serving a first full term).

"I talked to him about candidates and advised him to pick somebody who is experienced and credible," Yellen told CNBC on Tuesday. "I think that Chair Powell has certainly done a good job."

The White House's decision comes as Fed policymakers grapple with how and when to start unwinding some of the ultra-easy monetary policies put in place to support the U.S. economy during the pandemic. Most Fed officials agreed last month they could begin slowing their aggressive bond-buying program as soon as mid-November, the first step they will take to dial back support for the U.S. economy.

Minutes from the U.S. central bank's Sept. 21-22 meeting show that policymakers are prepared to start gradually dialing back the $120 billion in monthly bond buys, a policy known as "quantitative easing" that's designed to keep credit cheap, at their November meeting, which is taking place this week.

"Participants generally assessed that, provided that the economic recovery remained broadly on track, a gradual tapering process that concluded around the middle of next year would likely be appropriate," the minutes, released last week, said. "Participants noted that if a decision to begin tapering purchases occurred at the next meeting, the process of tapering could commence with the monthly purchase calendars beginning in either mid-November or mid-December."

Policymakers said they expect to conclude the tapering process by July of next year, about one or two months earlier than previously expected. Economists widely expect Fed officials to announce tapering plans at the conclusion of their November meeting on Wednesday.