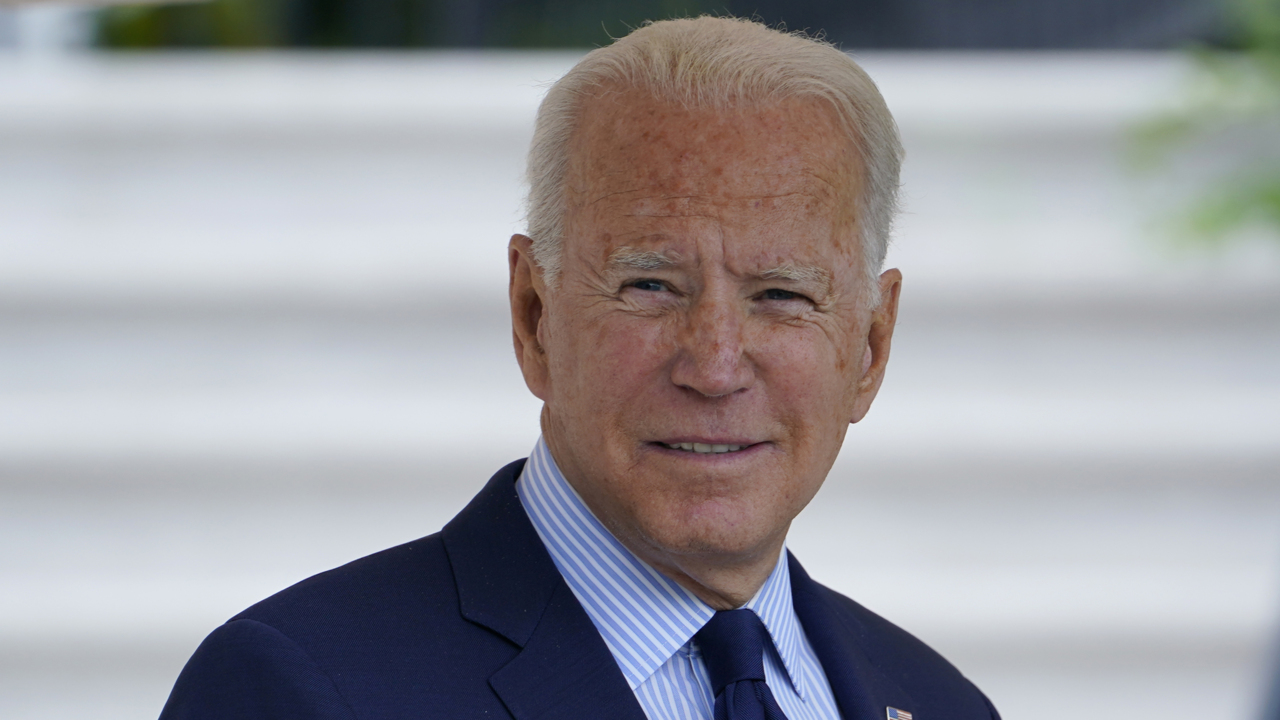 President Biden pushes infrastructure plan during remarks about US economy

President Biden said Monday that Congress needs to pass his sweeping economic agenda in order to tamp down rising inflation amid concerns that another burst of government spending will act as an accelerant to already rapidly rising consumer prices.

"As our economy has come roaring back, we've seen some price increases," the president said, speaking from the White House. "Some folks have raised worries that could be a sign of persistent inflation. But that's not our view."

Biden said that his administration was doing "everything we can" to address the higher-than-expected inflation, but he pushed back against fears of persistent inflation and maintained his stance the recent surge in consumer prices is temporary.

"Look, we brought this economy back from the brink. There are going to be ups and downs," he said. "Reality is you can't flip the global economic light back on and not expect this to happen. As demand returns, there's going to be global supply chain challenges."

The government reported last week that prices for goods and services jumped by the most in 13 years, fueling concerns that a rapidly rebounding economy could lead to runaway growth. The Labor Department said in its monthly report that consumer prices rose 0.9% from May and 5.4% over the past year.

Republicans have latched onto the inflation issues, blaming the $1.9 trillion stimulus bill that Democrats passed without any GOP votes in March for the price spike and attacking Biden for moving forward with another $4 trillion in new spending.

Biden's comments come as Democrats begin to make headway on their two-pronged economic plans: A bipartisan infrastructure bill that includes more than $500 billion in new spending and a $3.5 trillion spending plan that would dramatically expand the government-funded safety net.

Senate Majority Leader Chuck Schumer set a Wednesday deadline for a procedural vote to begin debate on the bipartisan infrastructure bill, as Democrats simultaneously work out the details of a separate bill that would invest trillions in child care, education and support for families.

Biden claimed the government investments would curtail rising inflation – rather than inflame it.

"If we make prudent, multiyear investments in better roads, bridges, transit systems and high-speed internet, a modern resilient electric grid, here’s what will happen: It breaks up the bottlenecks in our economy," he said. "These steps will enhance our productivity, raising wages without raising prices. That won’t increase inflation, it’ll take the pressure off of inflation."

Federal Reserve Chairman Jerome Powell has mostly downplayed the rising prices for goods and services, blaming the increase on supply shortages and a wave of pent-up demand among consumers as more Americans are vaccinated and embark on their post-pandemic life. Though he's said inflation could turn out to be "higher and more persistent than we expect," Powell has maintained that it's likely transitory.

But Powell, testifying before Congress last week, said the economy is "a ways away" from where it needs to be in order for the U.S. central bank to begin unwinding some of the ultra-easy monetary policies put in place during the pandemic.