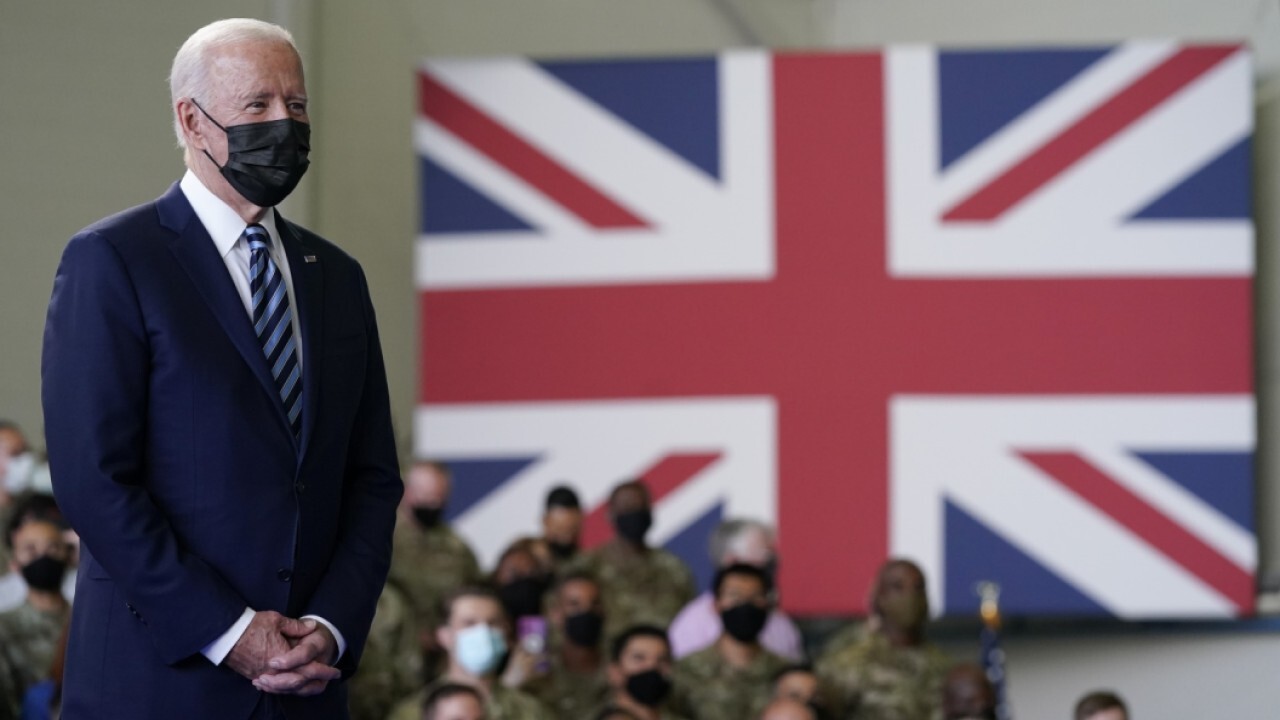 President Biden will meet with Group of 7 finance leaders on Friday, where they will make a push for global economic fairness through his proposed global minimum tax.

The White House said in prepared remarks that leaders will endorse a "strong global minimum tax of at least 15%," after finance ministers reached an agreement on the policy last weekend.

"This U.S. priority is a critical step towards ending the decades-long race to the bottom that pushes nations to compete over who can offer the lowest tax rate to large corporations at the expense of protecting workers, investing in infrastructure, and growing the middle class," the White House said in a press release.

A global minimum tax, which applies only to a country’s overseas profits, seeks to prevent the world’s largest companies from dodging tax obligations by offshoring.

If a company is paying a tax rate lower than the global minimum in a foreign country, it would owe the difference in the country where it is headquartered. The policy would also potentially affect some major companies by requiring that they pay taxes in the countries where their good and services are sold, and not just where they are physically present.

The G7 includes leaders from some of the world’s largest economies, including Britain, Canada, France, Germany, Italy and Japan. The initial agreement on the global minimum tax is part of what U.S. leaders hope will become a broader effort, with a meeting among Group of 20 leaders scheduled for next month.

The White House said the tax paves the way for the removal of digital service taxes, which would be replaced by taxing rights in the countries where the largest multinational companies operate.

The global minimum tax will need congressional approval before it is implemented in the U.S.

The push for the global minimum tax comes after Biden indicated a willingness to scrap his proposal to increase the U.S. corporate tax rate to 28% from 21% during negotiations on an infrastructure spending plan with Republicans. While those talks fell through this week, a group of senators has put forward an infrastructure plan that does not include tax hikes, a source familiar with the matter told FOX Business on Thursday.

The three-day G7 summit concludes on Sunday and Biden will head to a NATO summit afterward.