President Biden said "don’t panic" amid the gas shortage following the ransomware attack on Colonial Pipeline, while warning gas stations against "price gouging" and taking advantage of consumers, and maintaining that the U.S. will "return to normal" in the next several days.

The president, from the White House on Thursday, addressed the Colonial Pipeline hack, after the FBI this week determined the ransomware gang known as "Darkside" was the group responsible for the attack that forced the shutdown of the pipeline networks responsible for carrying gasoline from Texas to the Northeast.

Biden reported that Colonial Pipelines has begun restarting its fuel operations, with fuel beginning to flow to a "majority of markets they service and they should be reaching full operational capacity."

"That is good news," Biden said. "But I want to be clear—we will not feel the effects at the pump immediately. It will not be like flipping on a light switch."

He added that Colonial Pipelines is working to "fully and safely return to normal operations," but said it is "going to take some time and there may be some hiccups along the way,"

Fuel shortages have widened across the East Coast as consumers continue to panic buy amid the fallout. But the president warned Americans against doing so.

"Here’s what you can do—the drivers—don’t panic," Biden said from the White House Thursday. "I know seeing lines at the pumps, or gas stations with no gas, can be extremely stressful. But this is a temporary situation."

The president pleaded with drivers, saying: "Do not get more gas than you need in the next few days."

"As I said, we expect the situation to begin to improve by the weekend, and early next week, and gasoline supply is coming back online," Biden said. "Panic buying will only slow the process."

The 5,500-mile pipeline system transports more than 100 million gallons of gasoline, diesel, jet fuel and heating oil per day, or roughly 45% of fuel consumed on the Eastern Seaboard between the Gulf Coast and the New York metro area.

Biden, speaking to gas stations, warned that the federal government would be monitoring and addressing "any price gouging at the pump." 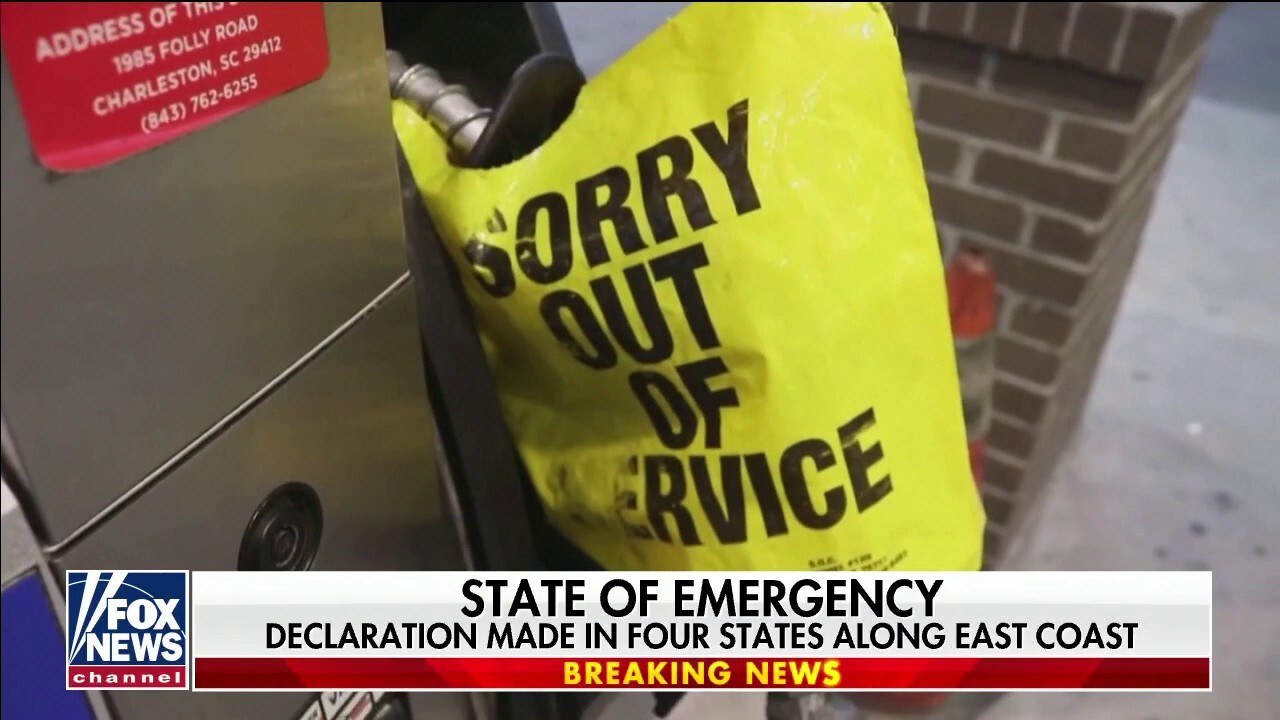 "Gas stations, do not, I repeat, do not try to take advantage of consumers at this time," Biden said. "Nobody should be using this situation for financial gain. That’s what the hackers are trying to do. Not us. That’s not who we are."

Biden went on to detail the FBI’s findings that "Darkside" was responsible for the hack, but said that the administration does "not believe the Russian government was involved in this attack."

"We do have strong reason to believe that the criminals who did the attack are living in Russia—that’s where it came from," Biden said, later telling reporters that the administration is "working to try to get to the place where we have sort of an international standard, that governments knowing that criminal activity is happening from their territory, that we all move on those criminal enterprises."

Biden said that is "one of the top things" he will speak to Russian President Vladimir Putin about.

When asked whether he was confident Putin was not involved in the attack, Biden replied: "I am confident that I’ve read the report from the FBI accurately and they say he was not—the government was not."

Meanwhile, Biden said the response from the administration is a "whole of government" approach, but provides "an urgent reminder of why we need to harden our infrastructure and why we need to make it more resilient against all threats—natural and man-made."

Biden went on to detail his American Jobs Plan— which the White House has billed the as an infrastructure package, and Republicans have criticized

The president is slated to meet with a group of Republican senators later Thursday – his second meeting with key members of Congress this week – and is set to formally propose his American Jobs Plan and American Families Plan, which combined are projected to cost nearly $4 trillion.

The initiatives would invest billions in the nation's infrastructure – including roads and bridges, as well as transit systems, broadband and green energy – and would vastly expand the government's social safety net. The plans would be paid for with a slew of new tax hikes on wealthy Americans and corporations.

"We are not going to win the 21st century with infrastructure from the 20th century," Biden said, adding that he will speak to Republican senators about ways to "move forward on modernizing the infrastructure we have today" and "building" infrastructure "we need for tomorrow."

"It is clearer than ever that doing nothing is not an option," he said.

The president, in closing, said he expects things "to return to normal over the next several days," and urged Americans to "stay strong."