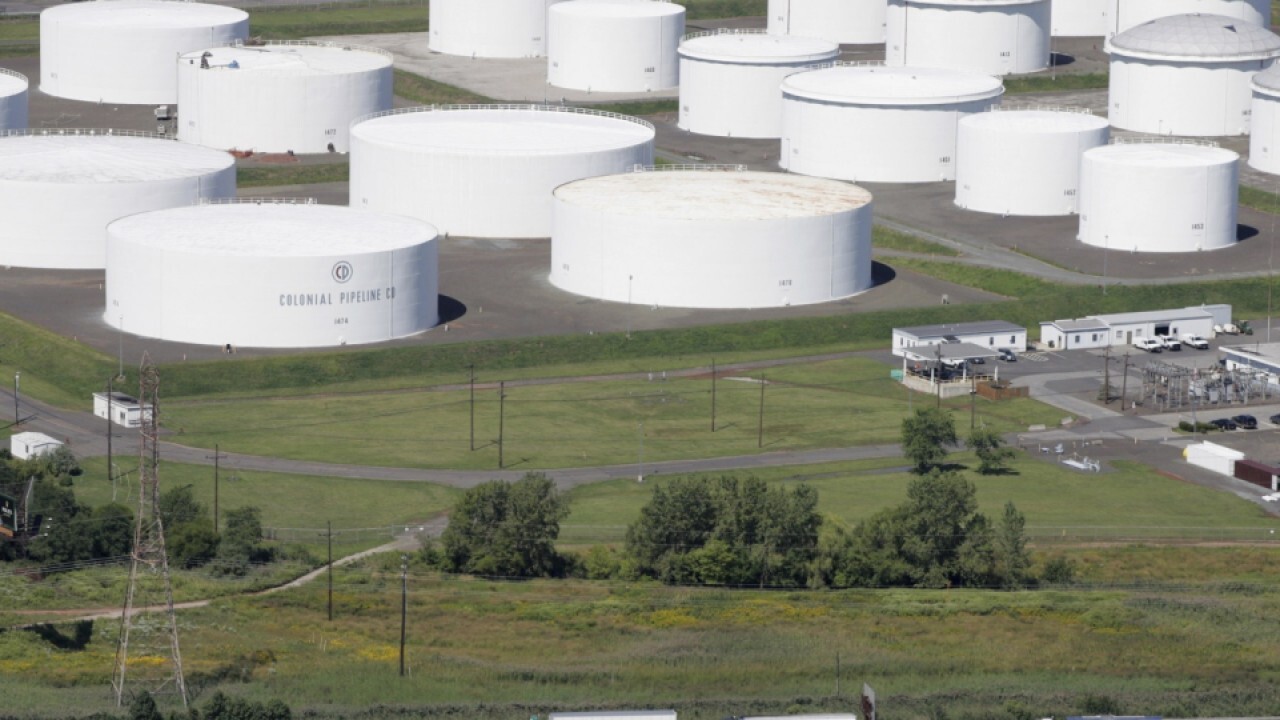 Fox News senior strategic analyst Gen. Jack Keane says 'the people who are involved in the criminality are by and large all the Russian hackers.'

North Carolina drivers in desperate need of fuel are lining up at gas stations across the state just days after a cyberattack shut down a vital U.S. pipeline.

The Colonial Pipeline, which delivers roughly 45% of fuel consumed on the East Coast, is a primary fuel pipeline for North Carolina, according to Gov. Roy Cooper.

The pipeline, which transports a large amount of gasoline from Texas to the Northeast, was offline as of Monday night with the expectation that it could be back up and running later this week.

A store clerk posts a sign at a Marathon gas station in Elizabethtown, North Carolina, U.S., on Monday, May 10, 2021.

The "emergency declaration will help North Carolina prepare for any potential motor vehicle fuel supply interruptions across the state and ensure motorists are able to have access to fuel," Cooper said in a statement.

On May 7, Colonial Pipeline said it was hit with a ransomware attack, in which hackers typically lock up computer systems by encrypting data, paralyzing networks, and then demand a large ransom to unscramble it.

Colonial Pipeline said it was actively in the process of restoring some of its IT systems. However, experts warned that drivers may still face higher prices at the pump as a result of the worst cyberattack to date on critical U.S. infrastructure.