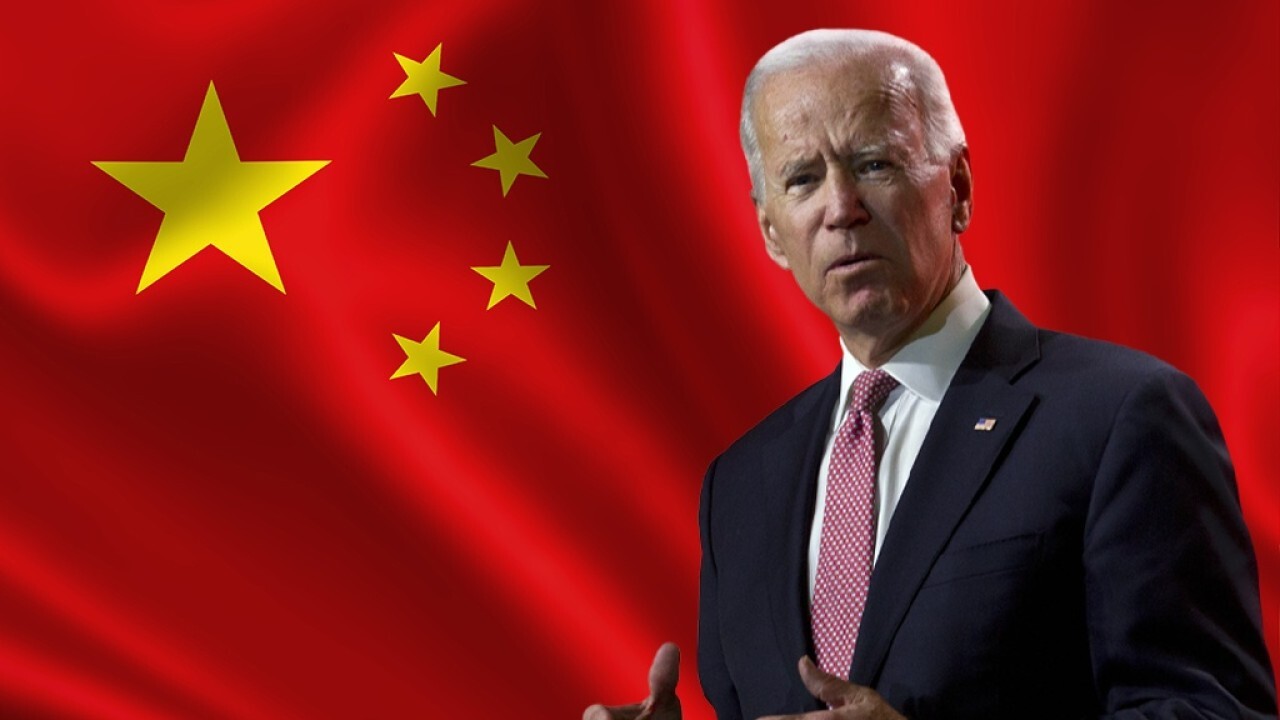 China analyst Gordon Chang argues U.S. intelligence should release the information it has on the origin of COVID-19 before making a ‘politicized assessment’ that is ‘always wrong’ on China.

President Biden on Friday submitted his 2022 defense budget to Congress, which included additional investments in systems intended to help the U.S. out-compete China.

The White House noted in its budget that maintaining and rebuilding alliances was critical to confronting the "growing ambitions" of China. It plans to invest $5.1 billion in the Pacific Deterrence Initiative, which is intended it help counter China in the region.

Biden has asked for $27.7 billion for nuclear modernization, including $2.6 billion for a ground-based strategic deterrent missile and $609 million for long-range stand-off weaponry.

It also calls for $20.4 billion for missile defeat and defense.

The administration is seeking $112 billion for research and development, and has pointed to artificial intelligence, 5G, micro technologies and hypersonic missiles as areas of interest, as noted by Defense Secretary Lloyd Austin.

"We are investing in the right mix of capabilities that I think will continue to give us the advantage over China," Austin said on Thursday, noting that the U.S. military needed to be able to understand, decide and act faster.

Gen. Mark Milley, chairman of the Joint Chiefs of Staff, said on Thursday that China has developed "a very significant capability" over the last 40 years, but they are not at an equal level to the U.S. just yet.

"They are rapidly growing and their objective is, by probably the mid-2030s for sure by mid-century, to be equal to or greater than the U.S. military," Milley told Congress.

As previously reported by FOX Business, Biden has pledged to stand up to China to ensure economic fairness.

Biden said he told China’s President Xi Jinping that the U.S. welcomes competition and is not looking for conflict, but was committed to defending American interests. He also said that he told President Xi that the U.S. would maintain a strong military presence in the Indo-Pacific as it does in other areas of the world. That presence, he said, was intended to prevent conflict.

The budget, overall, calls for $715 billion for the Pentagon, which would mark a 1.6% increase over fiscal 2021. If approved, military members would receive a 2.7% pay increase.

Republicans have already begun to criticize Biden over his defense spending proposal.

Louisiana Sen. John Kennedy said in a statement on Friday that the 1.7% increase is not even enough to keep up with inflation.

The defense request is part of a broader $6 trillion fiscal 2022 budget proposal. Members of the GOP have also gone after the president for a budget that would send the U.S. deeper into debt and inflation creeps higher.