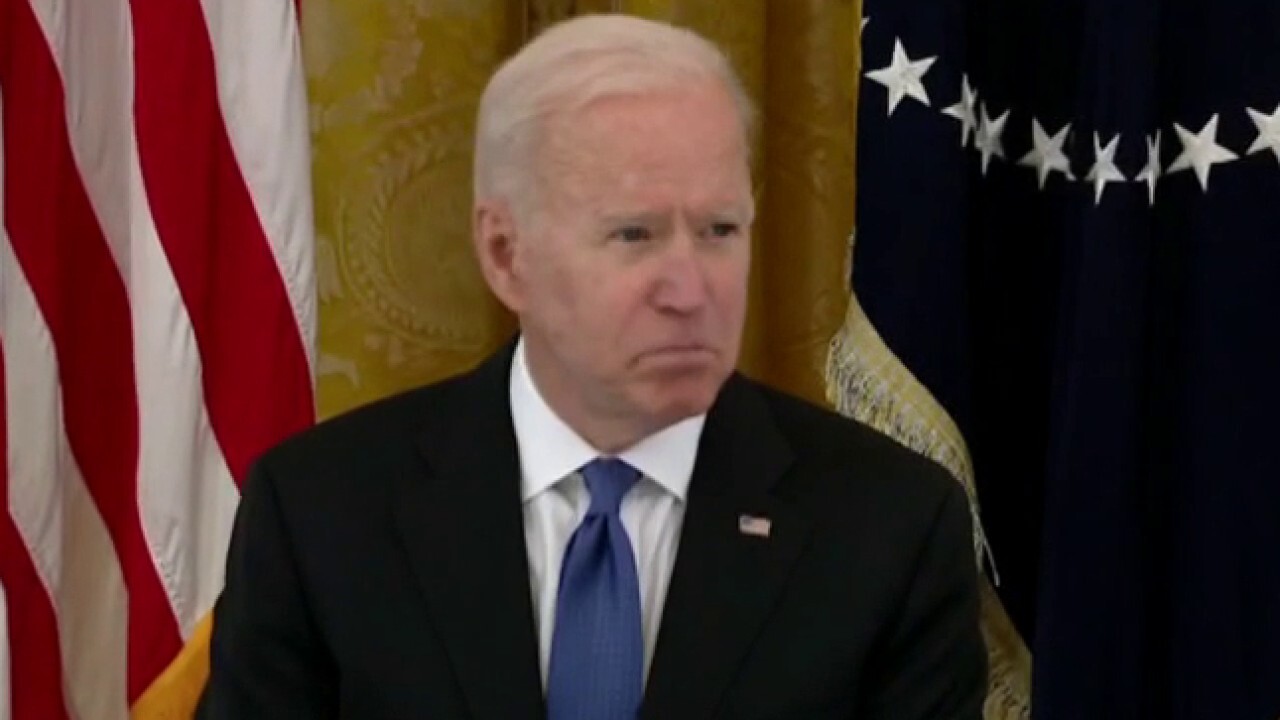 FOX Business' Hillary Vaughn on the cost of reoccurring credits.

The first installment of the new child tax credit will begin to hit the bank accounts of an estimated 39 million parents Thursday, and President Biden hailed the payments as one of the most consequential achievements of his presidency.

"I believe this is actually a historic day," Biden said Thursday at the White House, declaring the new payments the "largest ever one-year decrease in child poverty" in the U.S.

"I think this will be one of the things that the vice president and I will be most proud of when our terms are up," Biden said alongside Vice President Kamala Harris.

Under the $1.9 trillion American Rescue Plan that Democrats passed in March, families with children will receive a new monthly benefit to serve as a social safety net. Biden equated the new child payments to the monthly Social Security checks that have helped reduce poverty among the elderly.

"Millions of children and their families, starting today, their lives are about to change for the better," Biden said. "And our country will be better off for it as well. This is a really good day."

Biden pointed out that no Republicans voted for the new Child Tax Credit, though he warned his GOP colleagues will probably try to tout the success of the program.

Meanwhile, Democrats are campaigning off the infusion of payments with a new digital ad campaign in the battleground states of Arizona, Georgia, New Hampshire, Nevada, North Carolina, Pennsylvania, Florida and Wisconsin.

"Democrats are delivering a major tax cut for middle-class families that will help more Americans get back on their feet after the pandemic," DSCC Chairman Sen. Gary Peters, D-Mich, said in a statement. "The contrast for voters is clear: While Democrats are putting more money in the pockets of families with children, Republicans unanimously voted against this tax cut."

Senate Majority Leader Chuck Schumer, D-N.Y., shamed the GOP for not supporting the $300 monthly payment to families during a floor speech Thursday alongside a giant posterboard of a check that read: "Every Republican voted No."

But some Republicans pushed back that Democrats who are now hailing the new $3,600 expanded tax credit voted against former President Trump's tax cut legislation in 2017 that included a boost to the maximum Child Tax Credit from $1,000 to $2,000.

"Democrats voted against doubling the child tax credit as part of the Tax Cuts and Jobs Act," said Joe Gierut, communications director for the conservative America Rising PAC. "Just like their false charge that Republicans defunded the police, Democrats are manufacturing dishonest and misleading attacks that match their own previous actions."

Until this year, families could claim up to $2,000 a child as a tax credit, but millions of very low-income households missed out on the full benefit because their earnings were too low to qualify.

But the benefits drastically increased under Biden's $1.9 trillion coronavirus relief bill that Democrats passed in March and extended the full credit to the poorest of families.

It's now worth $3,600 for each child up to age 6 and $3,000 for older children up to age 17. The tax credit is also now available in an up-front reoccurring monthly direct payment into families' bank accounts.

Under the coronavirus relief legislation, this new Child Tax Credit only lasts a year. But Democrats are planning to expand the duration of the benefit under their $3.5 trillion budget reconciliation plan they hope to pass later this year alongside a bipartisan infrastructure plan.

"This tax cut for working families is something we should extend, not end next year," Biden said.